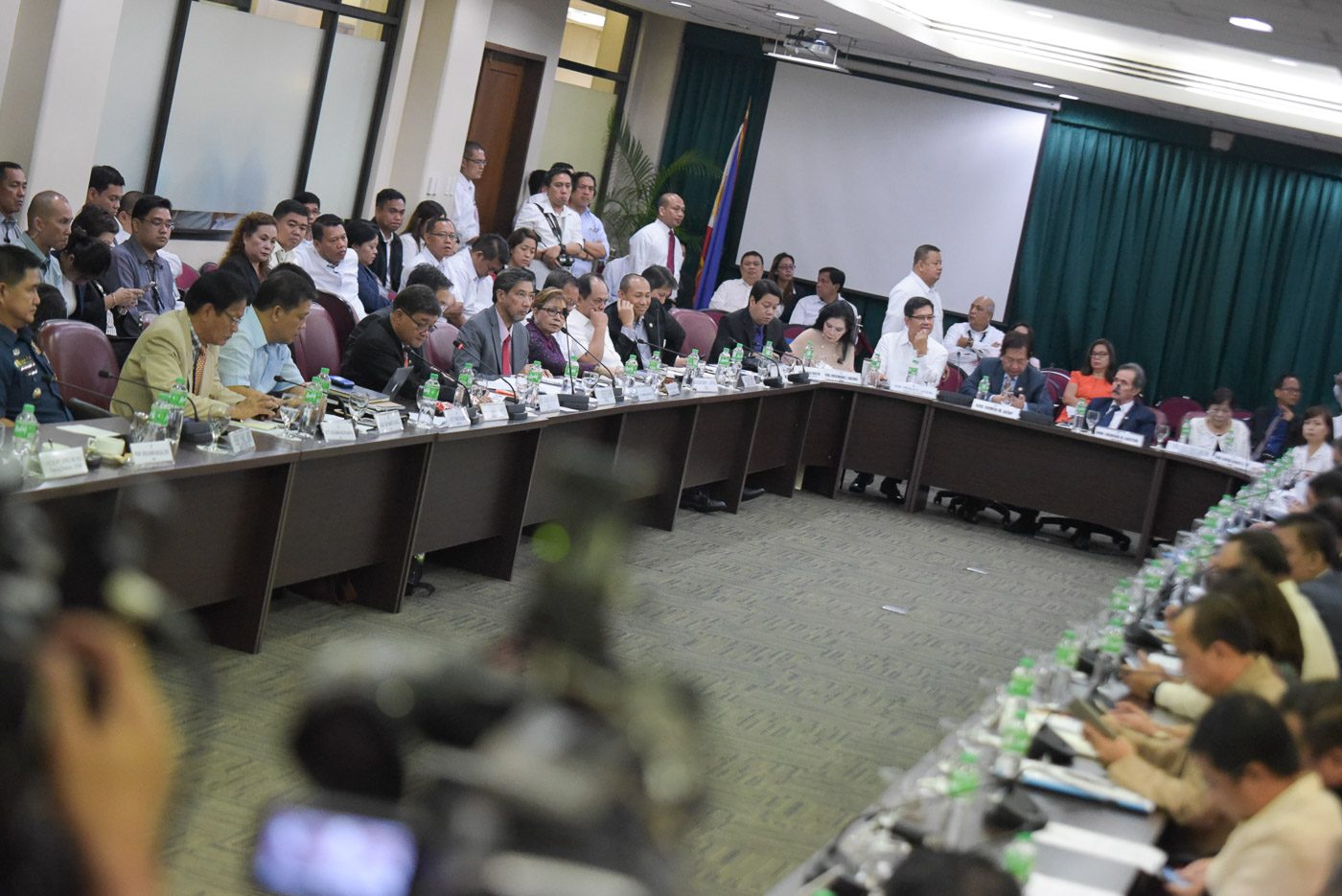 Majority Floor Leader Rodolfo Fariñas on Monday, October 10, moved to arrest Dayan since he was not able to explain his absence last week despite a show cause order and the hearing being nationally televised.

“The motion is carried and Ronnie Palisoc Dayan is being held in contempt by this committee and an arrest warrant is issued against him [after he failed to show up] to testify the materiality of all allegations against him,” Leachon said.

The house panel issued a subpoena to Dayan last October 1, but the alleged lover of the former justice secretary skipped the hearing. The committee gave Dayan 24 hours to defend his absence upon receipt of the order.

Also on Monday, De Lima, Dayan, and 7 others were placed on an immigration lookout bulletin. The senator slammed this as “baseless,” saying there are no charges against her and she has no plans of running away from cases that could be filed.

De Lima and Dayan were linked to the Bilibid drug trade by no less than President Rodrigo Duterte. The President claimed that Dayan collected drug money for De Lima, who allegedly let illegal drugs proliferate in the national penitentiary during her term as justice chief of the Aquino administration.

De Lima has repeatedly denied the allegations against her. (READ: De Lima to Duterte: ‘What do you want from me? Do you like me?’) – Rappler.com