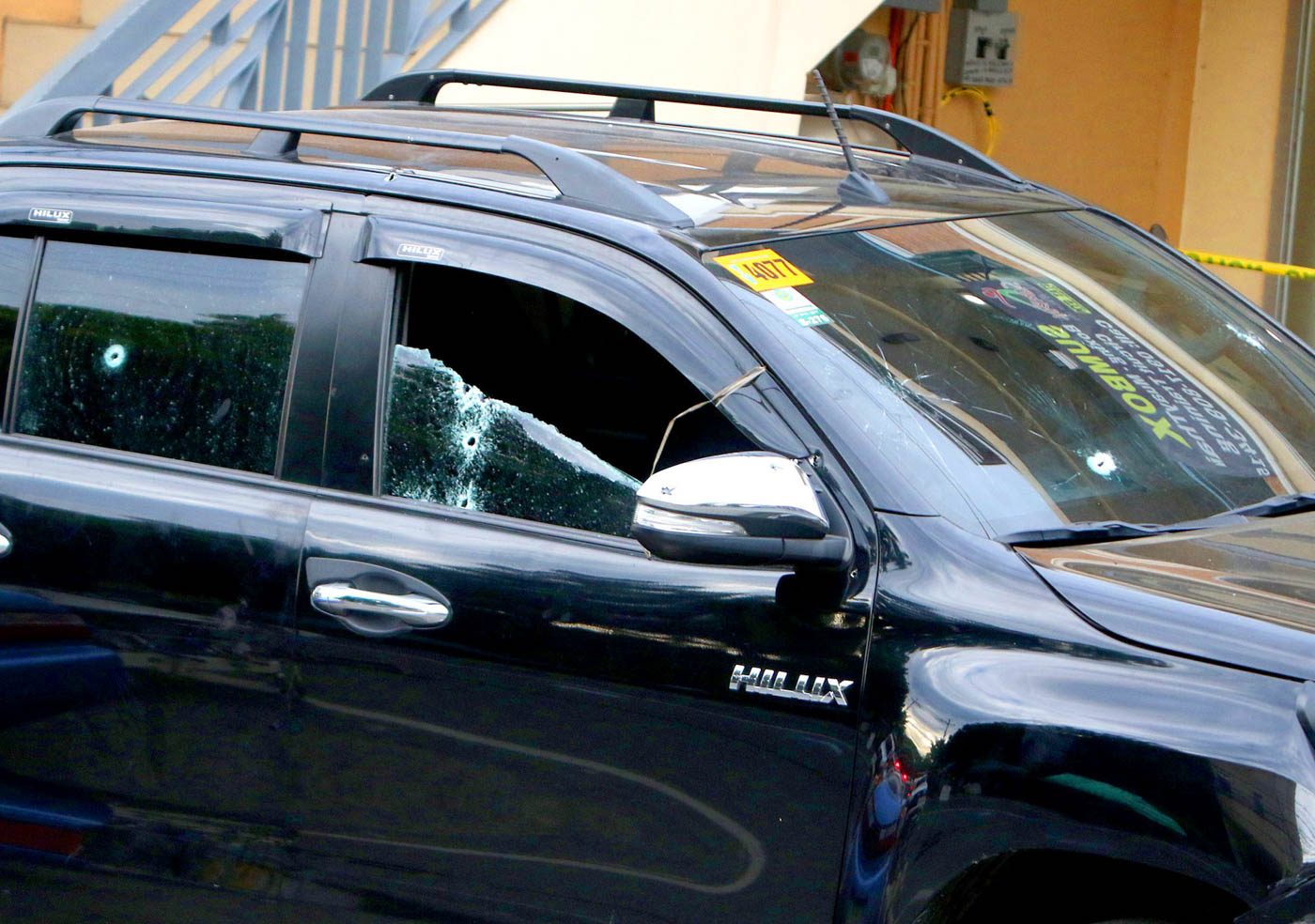 According to an initial spot report, Lubigan was on board a black Toyota Hilux when a black Montero fired at the victim’s vehicle “and resulted in his unfortunate death.”

The incident happened past 3 pm on Saturday in front of the Korean Hospital on Indang Road, Barangay Luciano in Trece Martires.

Cops earlier reported that Guillemer was rushed to a nearby hospital. It was Lubigan’s security aide Romeo Edrinal, not Guillemer, who was rushed to the General Emilio Aguinaldo Memorial Hospital and was in critical condition.

Lubigan is the 5th vice mayor to be killed since President Rodrigo Duterte took office. Lubigan’s death brings to 15 the number of mayors and vice mayors killed in the Duterte administration.

Lubigan was on his 3rd term as vice mayor of Trece Martires.

In a phone interview with Rappler on Saturday, Cavite police chief Senior Superintendent William Segun said Lubigan was not on the drug list.

Lubigan was hounded by corruption allegations thrown against him and Trece Martires Mayor Melandres De Sagun, as well as other city officials.

Before the local elections in 2016, businessman Alex Peñalba, who ran against De Sagun for mayor, filed plunder, graft, and malversation complaints against De Sagun, Lubigan, and other officials. Peñalba lost to De Sagun in May 2016.

Peñalba’s basis for the complaints were audit reports from 2010 to 2014 that noted millions worth of infrastructure projects that did not comply to rules.

Peñalba and De Sagun were re-electionists in 2016, and both belonged to the United Nationalist Alliance or UNA.

In the 2016 audit report of Trece Martires, the Commission on Audit found more irregularities such as: