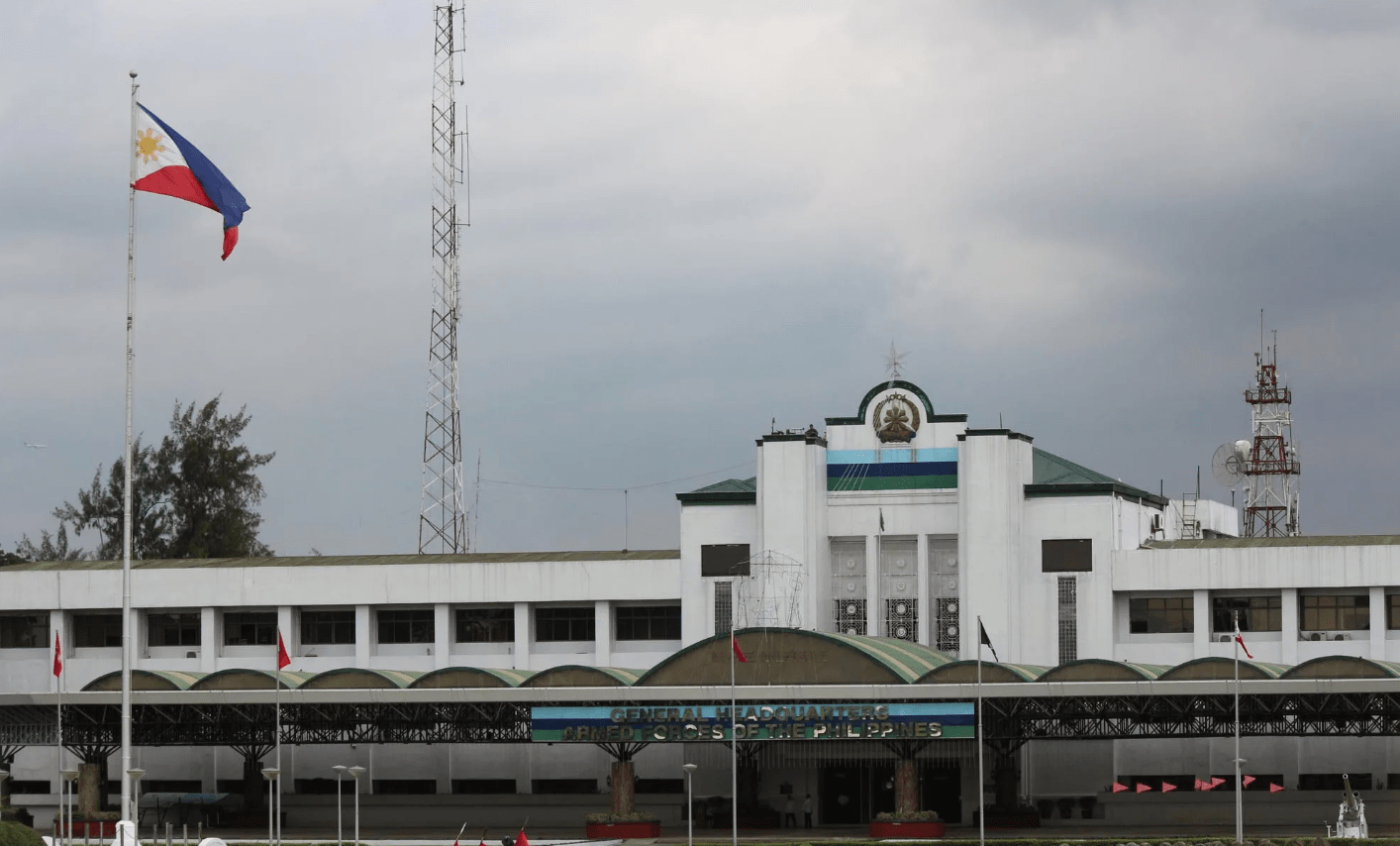 HEADQUARTERS. File photo of Camp Aguinaldo in Quezon City, the national headquarters of the Armed Forces of the Philippines.

Facebook Twitter Copy URL
Copied
(1st UPDATE) The PNP says they are on heightened alert in the capital because of the upcoming Feast of the Black Nazarene on Monday, January 9

MANILA, Philippines – The Armed Forces of the Philippines (AFP) and the Philippine National Police (PNP), both undergoing reorganization, were besieged with rumors of alleged destabilization plots on Saturday, January 7, prompting them to issue separate denials.

“Yes, fake news lahat (Yes, all the reports are false),” AFP public information office chief Colonel Jorry Baclor told Rappler in response to supposed documents carrying the PNP logo about police camps being put on red alert due to reports of restiveness at the defense department.

The PNP said its members are on heightened alert in Metro Manila because of preparations for the annual Feast of the Black Nazarene on Monday, January 9.

Traslacion or the grand procession of the Black Nazarene on Monday has been suspended again due to pandemic restrictions. As replacement, a procession will be held on Sunday after the 12:01 am Mass at the Quiapo church.

In-person celebration of the Holy Mass will also be held on Monday at the Quiapo Church and in selected churches in Manila.

In a statement issued on Saturday night, the AFP said they are “united” behind Centino’s leadership.

“As a professional organization, the whole AFP is united behind the leadership of GEN CENTINO as it continues to perform its mission of protecting the people and defending territorial integrity and national sovereignty,” the military said.

The AFP added that everything is “normal,” reiterating the PNP’s statement on armored vehicles spotted inside Camp Crame.

“The AFP assures everyone that everything is normal. The movements of PNP assets are part of the simulation exercises in preparation for the Feast of the Black Nazarene. Rest assured that the AFP, in coordination with other government security forces, will always be on guard to protect you from all threat groups.”

These spread on the same day that AFP chief of staff General Andres Centino held his first command conference after he was reappointed by President Ferdinand Marcos Jr. on January 6. The change of command ceremony, attended by Centino’s predecessor, Lieutenant General Bartolome Vicente Bacarro, was also held on Saturday.

Centino’s reappointment came as a surprise because he was already appointed as the country’s ambassador to India back in November last year. On Saturday, First Lady Liza Araneta Marcos also issued a statement denying she had a hand in military appointments.

The PNP is at the same time going through a massive reorganization following a call by Interior and Local Government Secretary Benhur Abalos for colonels and generals to resign to allow government to weed out the corrupt.

Where did reports come from?

The PNP called for a press conference on Saturday to answer questions about the alleged reports.

(On the part of the PNP, what we can confirm is the PNP is on heightened alert because everybody must know that our security coverage has started for the upcoming Traslacion in Manila.)

“Ang mga lumabas po na ito ay iimbestigahan at titingnan po natin sino po ba ‘yong mga source (These issued documents will be investigated by the PNP and we will check their sources).”

The PNP spokesperson also said that PNP chief Police General Rodolfo Azurin Jr. did not order the police to be on full alert.

Fajardo was also asked if the alleged destabilization reports were meant to attack the national police amid the call for high-ranking cops to resign. The PNP spokesperson replied: “Hindi po natin tinitingnan sa ganyan, sir (We do not see it that way).” 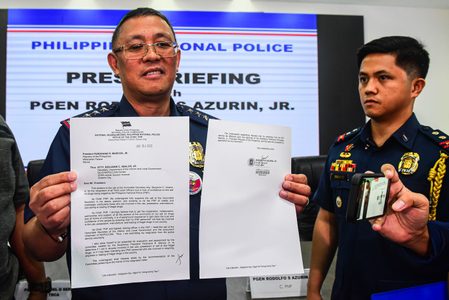 On January 4, Abalos appealed to all full colonels and generals of the PNP to submit courtesy resignation in a bid to address the drug problem hounding the police ranks. – Rappler.com