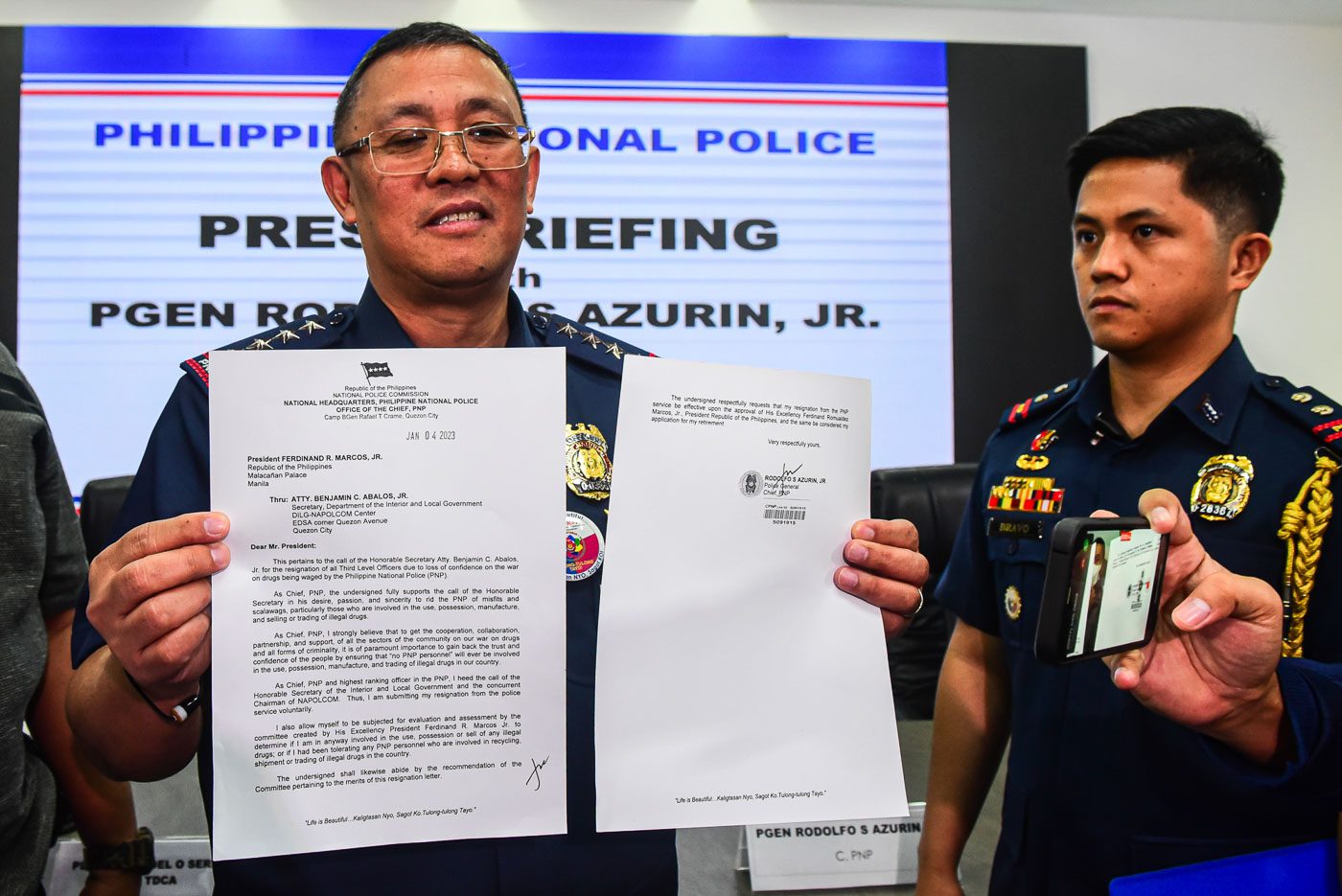 COURTESY RESIGNATION. PNP chief Police General Rodolfo Azurin Jr. shows to the members of the media a copy of his resignation letter during a press briefing at Camp Crame in Quezon City on January 5, 2023.

Facebook Twitter Copy URL
Copied
But when asked about PNP's possible action if erring police officers will not submit courtesy resignations, top cop General Rodolfo Azurin does not give any detail

In a bid to address the persistent illicit drug problem linking the top echelons of the PNP, Abalos called on all full colonels and generals of the police to submit courtesy resignations.

Though Azurin has tendered his courtesy resignation, he remains the country’s top cop because his submission only takes effect if it is accepted by his superiors .

In Azurin’s case, the ball is now in the hands of President Ferdinand Marcos Jr, his appointing officer. After the Thursday presser, Azurin showed his resignation letter addressed to both Marcos and Abalos.

Since the interior chief’s appeal was not an order, the handing in of courtesy resignations was optional and Azurin’s submission was a message encouraging other PNP top brass to respond to Abalos’ call. But when asked about the PNP’s possible action if police officers will not submit their courtesy resignations, Azurin did not give any detail.

“We’ll cross the bridge when we get there. Sa atin (For us) is we’ll wait. Let us not jump into another activity or another solution that will be taken by the PNP,” Azurin said.

Meanwhile, the PNP chief also said on Thursday that only less than 10 high-ranking officers were identified to have alleged links with the illegal drug trade. However, Abalos appealed to hundreds of police officers even though the authorities were only targeting a handful of cops.

Based on the PNP’s data, there are around 429 police officers who bear the ranks of colonel to general.

Azurin also clarified that the call for courtesy resignation was “not unfair” since it was the “best solution as of now” and will be used to clean the ranks of the national police. On whether the move gave undeserved “graceful exits” to errant police officers, Azurin said the high-ranking cops were only being afforded due process in that way.

On Wednesday, Azurin also said that if the president accepts the courtesy resignation of some of police officers, it will “automatically be considered as their retirement.” This means some of the officers can still receive their retirement benefits. 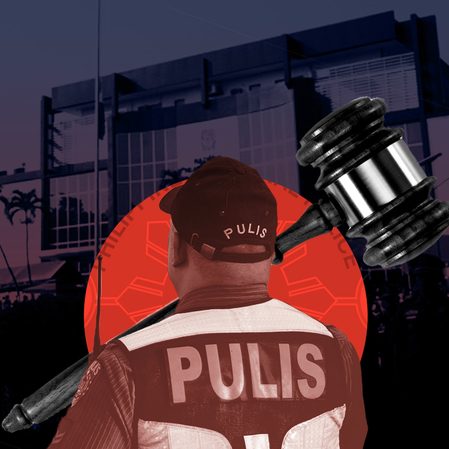 The PNP has a special power to punish erring cops through administrative cases, on top of regular complaints that can be filed before the courts. The probe can be processed by either the PNP Internal Affairs Service or the National Police Commission. Among the possible sanctions are dismissal from service and withholding of privilege, among others.

Shortly after she assumed the presidency following the downfall of the late tyrant Ferdinand E. Marcos, then-president Corazon Aquino ordered the forced retirement of 20 generals of the Armed Forces of the Philippines. Those who were retired had reached their mandatory retirement term.

Late former president Fidel Ramos also made a similar move during his term. On February 23, 1993, he issued memorandum order No. 93, which created a committee that evaluated the voluntary applications for retirement of high-ranking PNP officers.