Facebook Twitter Copy URL
Copied
'I believe that I would have been confirmed by the CA had there been a quorum,' says outgoing Comelec chief Saidamen Pangarungan

MANILA, Philippines – Outgoing Commission on Elections Chairperson Saidamen Pangarungan and Comelec Commissioner George Garcia said they respect the decision of the Commission on Appointments, which bypassed their confirmation bid.

The two, as well as Commissioner Aimee Torrefranca-Neri, are out of the poll body in the wake of the CA’s non-confirmation move, only over two months after President Rodrigo Duterte appointed them on an ad interim status.

In a statement on Wednesday, June 1, Pangarungan said he accepts the result “with a heavy heart.”

“I send my deepest thanks and appreciation to the men and women of the Comelec. It is my honor to have served as your chairman,” he noted.

In a statement, bypassed Comelec chairman Saidamen Pangarungan says he accepts “with a heavy heart” his fate in the CA.

“I believe that I would have been confirmed by the CA had there been a quorum,” he adds. pic.twitter.com/UqucOczqjQ

Pangarungan and Garcia touted the outcome of the 2022 elections, which saw a record voter turnout of 83%, the highest in the Philippines’ automated election history.

While the conduct of the elections was hounded by allegations of irregularities, Pangarungan noted that based on data, it is the most peaceful, with only 27 incidents of election-related violence, down from 66 in 2019 and 167 in 2016.

“We had the  record-breaking speed of transmission of election results to the transparency server before midnight of [May 10]. And the fastest proclamation of winning senators, the president and vice president, and our party-list representatives,” Pangarungan said.

“Because of these, I believe that I would have been confirmed by the CA had there been a quorum,” he added.

Prior to his failure to keep his Comelec post, Pangarungan enjoyed the support of the 5,000-member-strong Comelec employees’ union, which said Pangarungan was able to “effectively rally” poll personnel for the elections, and inspire them through his promise that the needs of the employees will be prioritized under his watch.

Had Pangarungan been interrogated by the CA, he would have been able to formally answer letters of opposition alleging that he disregarded due process in the proclamation of a congressional race winner in Zamboanga del Norte.

As for Garcia, who closed down his law office immediately after he was appointed to the Comelec by Duterte in March, said he has “no regrets.”

“If I were to be born again, I will always choose the Comelec as the agency I will serve because this agency is full of professional people,” Garcia said, adding he is open to the possibility of being re-appointed by president-elect Marcos Jr., who once had him as a lawyer.

“I am comforted by the fact that those left in the Comelec, the four commissioners, are competent,” Garcia added. 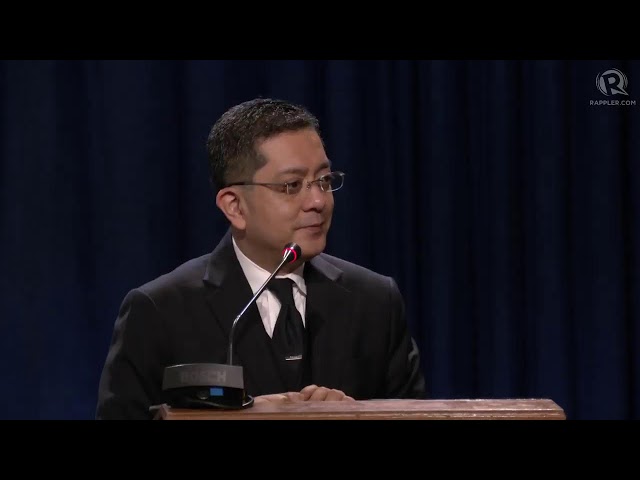 With the departure of the three bypassed officials, a skeletal Comelec en banc is again in place, composed of commissioners Socorro Inting, Marlon Casquejo, Aimee Ferolino, and Rey Bulay.

Marcos can fill the vacant seats once he formally becomes president.

Senate Majority Leader Juan Miguel Zubiri, a CA member and the expected senate president of the 19th Congress, previously said that cabinet officials of the incoming Marcos administration came to him and requested that the incoming chief executive be given the discretion to make his picks to the commission, instead of confirming the officials whom Duterte earlier appointed. – Rappler.com