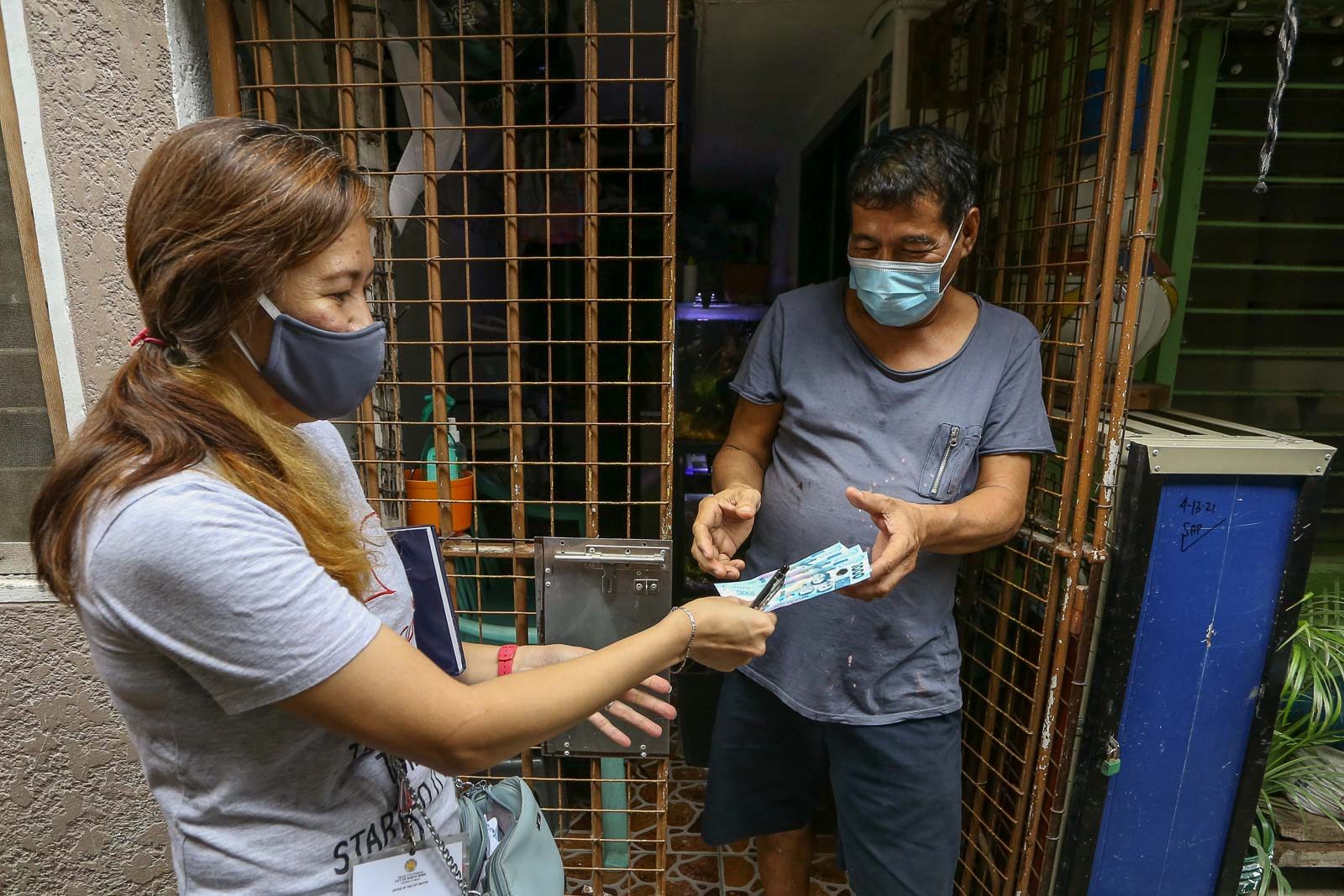 The Department of Budget and Management (DBM) said on Wednesday, August 4, that P10.89 billion meant for cash assistance will soon be released to the Department of Social Welfare and Development (DSWD).

Speaking to Rappler, DBM Officer-in-Charge and Undersecretary Tina Canda said the department is working to release the funds by Thursday, August 5 – a day before the Metro Manila lockdown starts.

“Pipilitin namin bukas (We will try our best to release it by tomorrow),” Canda said.

While the DBM is targeting to release the funds by Thursday, this does not mean that Filipinos would be able to immediately receive the much-needed ayuda or aid.

Rappler reached out to the DSWD to ask if digital payments would be considered as the mode of distribution given that the funds will be channeled to the agency.

DSWD Spokesperson Irene Dumlao said they will provide details once they receive an official issuance from the DBM.

Earlier, Metropolitan Manila Development Authority Chairman Benhur Abalos said face-to-face distribution would be “better” than digital payouts. The DSWD acknowledged the challenges but said that there were “gains” from using digital payments. Some 10.89 million Filipinos are seen to receive P1,000 each from the program. Up to P4,000 worth of cash assistance can be received per family.

Canda said the P10.89 billion for cash aid will be sourced from the P13.1 billion worth of savings in the 2020 budget identified through Administrative Order No. 41.

Since the Bayanihan to Recover as One Act or Bayanihan 2 already expired, the DBM OIC said the cash aid funds will be downloaded to the DSWD’s Assistance to Individuals in Crisis Situations program. The same program was used when cash aid was provided in several areas that were recently locked down.

What about the workers?

The DBM will also release some P2 billion to the Department of Labor and Employment (DOLE) to augment the latter’s COVID-19 Adjustment Measures Program (CAMP), Canda told Rappler.

DOLE’s CAMP extends P5,000 to workers displaced during a lockdown. Companies apply for cash aid on behalf of the workers.

DOLE Director Rolly Francia told reporters on Wednesday that 398,000 workers around the country will benefit from the financial assistance program. Minimum wage earners will be prioritized.

Based on DOLE’s letter provided to reporters, the department is eyeing to release more than a third of the funds or P776.1 million to 155,220 workers located in Metro Manila. – with a report from Jezreel Ines/Rappler.com

Jezreel Ines is a Rappler intern. He is a journalism student at the University of the Philippines Diliman.