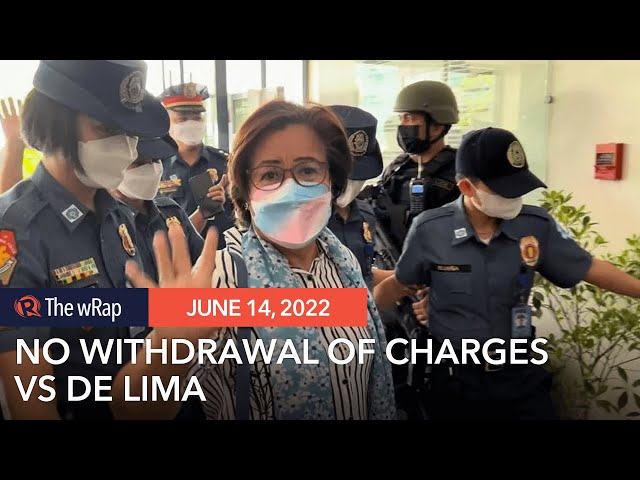 Guevarra told reporters on Tuesday, June 14, that it was on the advice of prosecutors.

“The panel of prosecutors has advised that, after a thorough review of the evidence already presented as well as evidence still to be presented, there is good reason to continue the active prosecution of the senator,” said Guevarra.

A total of three people have recanted their testimonies against De Lima, two of them witnesses and one a respondent in the court cases. Rafael Ragos, who was the Bureau of Corrections chief during De Lima’s time as justice secretary, was the DOJ prosecution’s star witness until he retracted. Ronnie Dayan, De Lima’s former bodyguard, was the third to recant.

“As far as the retractions of certain persons are concerned, the prosecution takes the position that until these persons are actually presented in court for examination to ascertain their truthfulness, their alleged recantations have no probative value whatsoever,” said Guevarra.

Incoming Justice Secretary Jesus Crispin “Boying” Remulla said he would be open to withdrawing the charges if after a study it would turn out to be “the only recourse.”

Guevarra said, “It’s up to Congressman Remulla, but I think he will also be guided by the assessment of the panel of prosecutors who are actually handling the trial of the cases.”

De Lima has been in jail for five years. She lost her reelection bid in the May polls.

De Lima said “If the review was done by the same DOJ Panel of Prosecutors whom Ragos said were perfectly aware that his testimony was just manufactured and all lies, then the review is worthless.”

“The review should be undertaken by prosecutors who are not tainted by Ragos’s accusation of participating in the manufacture of evidence,” said the former senator. 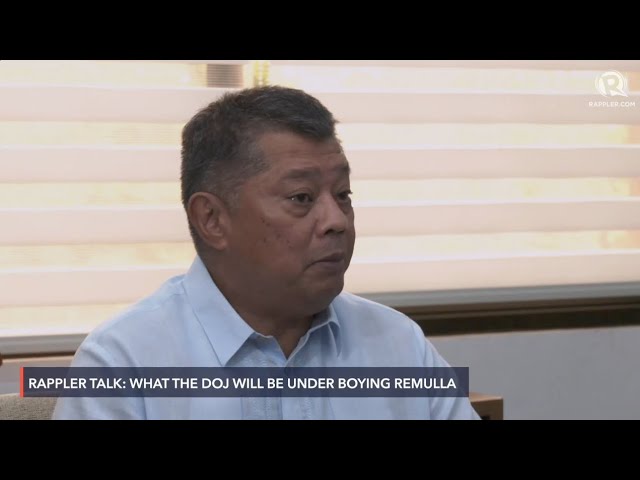