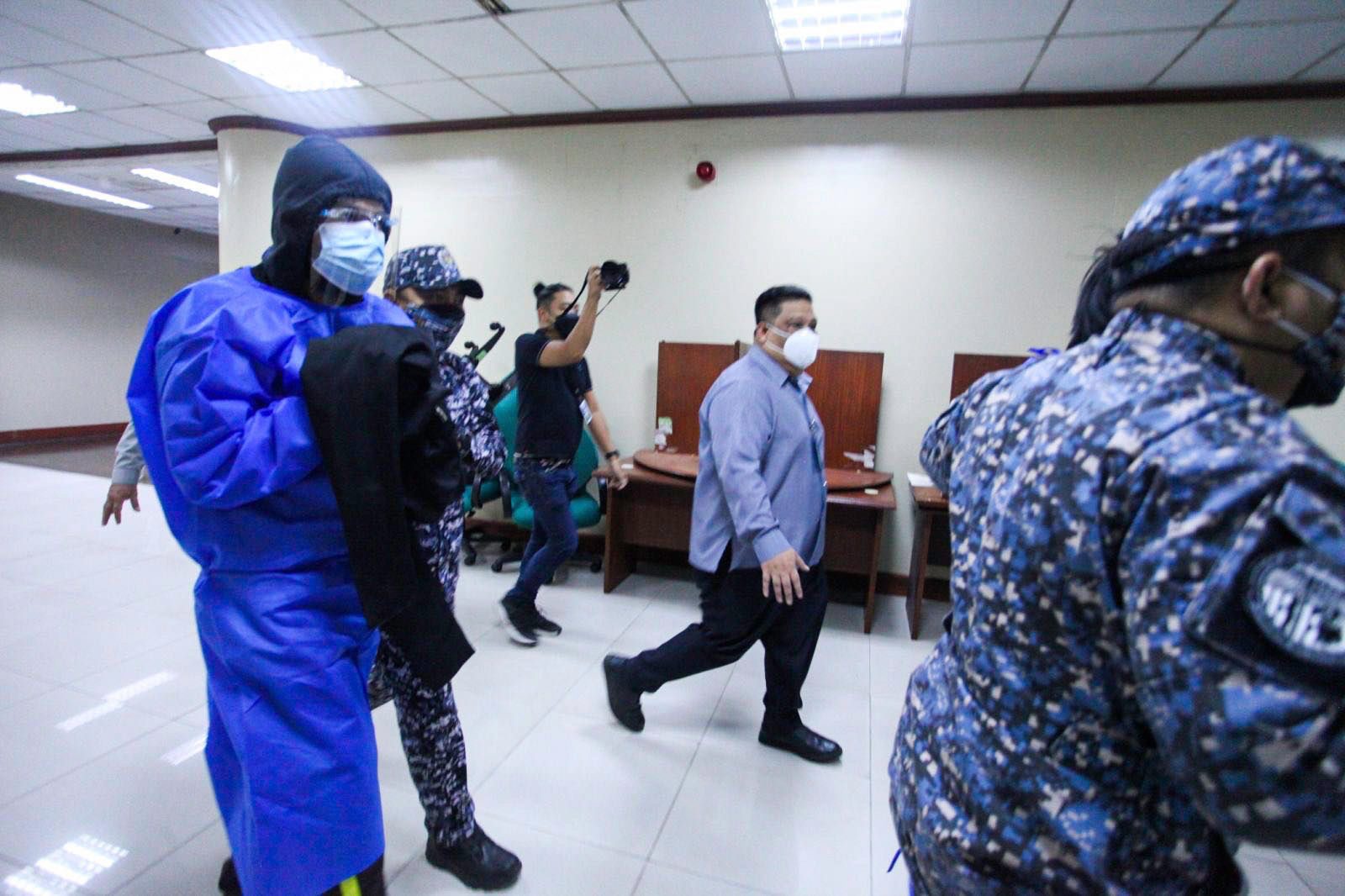 MANILA, Philippines – The Department of Justice (DOJ) is not yet ready to use its motu proprio powers to investigate corruption in the pandemic procurements of the Duterte government involving the controversial company, Pharmally, saying that the draft report of the Senate will still undergo evaluation.

“[The DOJ] will make a preliminary evaluation to determine if there is a need to refer the reports to the NBI [National Bureau of Investigation] for validation of the evidence. If in the affirmative, the NBI will be directed to conduct its investigation and build, if necessary, on the evidence already gathered by the Congress,” Justice Secretary Menardo Guevarra told reporters Wednesday, February 2.

The DOJ has motu proprio powers or the power to investigate an issue through the NBI without the need for a complaint, and has used that power for much lower thresholds before. The last time NBI investigated motu proprio was to hunt down peddlers of the fake “no vaccine, no aid” rumors. The NBI is also investigating a citizen tip that someone is plotting through TikTok the alleged assassination of presidential aspirant Ferdinand “Bongbong” Marcos Jr.

The Pharmally issue has related published audit reports, an ongoing special audit, and 18 hearings by the Senate alone. Individuals have also been arrested and detained over the course of six months. “We’ll give it our preferential attention once it gets to us,” said Guevarra.

The DOJ leads an inter-agency task force supposedly designed to proactively hunt down corruption. But the attitude so far to the Pharmally issue has been passive, with Guevarra saying in September, “All that is needed is for any affected or interested party to file a complaint.”

Senator Richard Gordon, chairman of the Blue Ribbon Committee, said on Wednesday: “I don’t want the public to think that it is only the Department of Justice that can file. Any citizen can now file with the Ombudsman.”

Gordon added “it’s about time our people wake up. And that [when] they file the case, they can get the blue ribbon report. They can use us as consultants. They can file the case.”

If a citizen files the complaint, it will likely cite news reports, the Senate report, and congressional transcripts. Prosecutors have, in the past, junked complaints like these because the evidence is hearsay.

An NBI investigation would have more resources to its disposal. The NBI as a valuable manpower resource is seen as the justification to President Rodrigo Duterte’s move to create an inter-agency task force and assign the DOJ as its lead. The Office of the Ombudsman actually has the mandate to investigate corruption but with lesser staff. – Rappler.com