Poe on INC meeting: They asked me for ‘fairness’ only 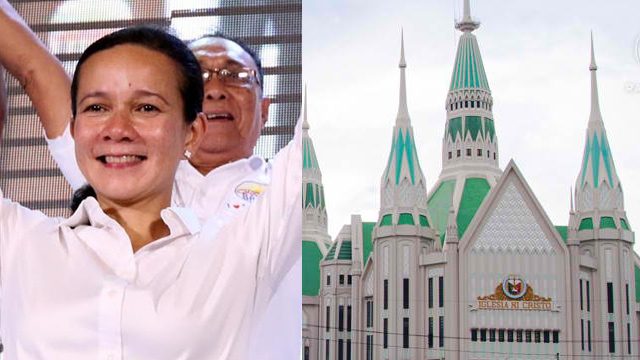 MANILA, Philippines – Nothing but fairness.

That’s what the religious group Iglesia ni Cristo supposedly asked from her during a meeting on Wednesday, March 30, presidential bet Grace Poe said.

(Nothing, just fairness. They did not ask for anything, I did not ask anything at this point because we are just in the process of knowing the plans yet.)

The INC is linked to serious illegal detention charges, after expelled INC minister Isaias Samson Jr filed a case against church leaders before the Department of Justice.

Poe said her visit to INC political affairs chief Eraño Codera was nothing political and was only done out of courtesy. After all, she said it is her usual practice to visit various groups to relay her platforms of governance.

Case in point, Poe said, was her visit to other churches in Cebu during her rounds there.

(For me, we approach all organizations so they could hear our platforms. It does not mean that we went there, that’s an assurance already. But at least, we are just giving courtesy.)

She also denied getting the endorsement of the bloc-voting religious group. There was not even a moment when she asked if INC could support her, she said.

Aside from her platforms, Poe revealed they discussed the history of the INC and its founder Felix Manalo. In an earlier media interview, the senator said they also talked about judicial reforms, including the proper handling of case documents.

(Well, when I was there, they showed me the history of INC and their founder. We discussed a bit about my platforms. You know, they also have outreach programs for the poor but there was no question of ‘can you endorse me?’ Because that is embarrasing to ask.)

While she denied getting the endorsement yet, Poe said she is open to accepting it, calling it a “big thing.”

Poe earlier drew flak for her stand on the INC’s mass protests in August 2015, when she said INC members were just ‘defending their faith’ against the DOJ’s supposed mishandling of the case. (READ: WATCH: Full comment of Grace Poe on INC issue)

INC members vote as a bloc, and politicians court its leaders to win an election. (READ: INC: From rag-tag sect to influential wheeler dealer?)

Up to 1.37 million of around 52 million Filipino voters, or 2.6% of the voting population, belong to the religious group. – Rappler.com