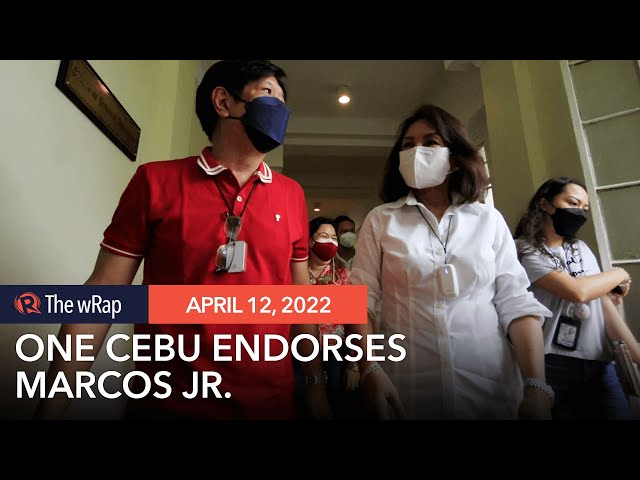 CEBU CITY, Philippines – With less than a month before the May 9 national election, local party One Cebu finally endorses survey frontrunner Ferdinand Marcos Jr. for president.

“One Cebu Party has the honor of announcing its decision to endorse the presidential bid of former Senator Bongbong Marcos Jr.,” Cebu Governor Garcia, the party’s president, said in a statement sent to the media on Tuesday morning, April 12.

The party initially called a press conference on Tuesday morning, but cancelled at the last minute and did not take questions from the media. 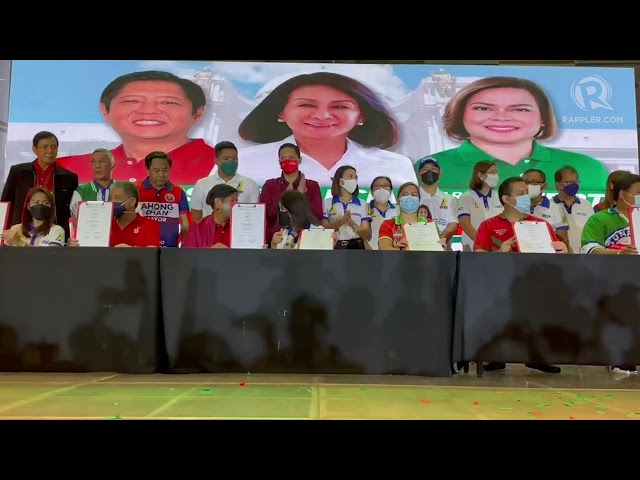 Garcia said in the statement the decision followed “weeks of extensive consultations and discussions with provincial, municipal and barangay leaders in the 44 municipalities and seven cities (including Mandaue City) of the Province of Cebu.”

“We considered differing opinions of party leaders advocating for the causes of different presidential candidates, and have determined that the unity and strength of One Cebu, its ability to serve its constituents in the Province of Cebu, and ultimately the interests of Cebuanos are best served if we unite behind the leadership of BBM as president and, as we have earlier announced, Mayor Sara Duterte as Vice President,” she added.

This breaks the family’s months-long silence regarding their choice for the presidency.

Gwen had met with both Isko and Marcos but hedged on endorsement until Tuesday.

A majority of Cebu province’s local chief executives are members of One Cebu or are allied with the party.

The Garcia-led party was credited for helping deliver over 1 million votes in Cebu for President Rodrigo Duterte in 2016.

The agreement comes as a surprise to Cebuanos as PJ, the party’s secretary general, has been vocal against the candidacy of Marcos and the authoritarian regime of his father Ferdinand Marcos Sr.

PJ said in a press statement that his party’s choice to back Marcos is a choice he “cannot support.”

“I have been officially informed that my party, One Cebu, has endorsed a candidate for President; a choice which, unfortunately, I cannot support,” he said.

The congressman said he would continue to campaign for Moreno despite his party’s choice. “From the start, I have been clear and consistent about my support for Mayor Isko Moreno’s candidacy for President, believing that he is, among the many choices, the most capable and best prepared to lead the country out of this many-pronged crisis that it now faces, and into the future,” PJ said.

He said he would also step down as secretary general of One Cebu to “avoid conflict of interest.”

The Garcia patriarch Pablo Garcia helped as lawyer for the opposition during the 1986 snap election.

The endorsement gives a boost to Marcos’ already strong numbers in the Visayas region.

PJ Garcia not recommending One Cebu to endorse Marcos Marcos ranked first in the Pulse Asia survey taken between March 17 to 21 with a 56% popularity rating, followed by Vice President Leni Robredo at 24%.