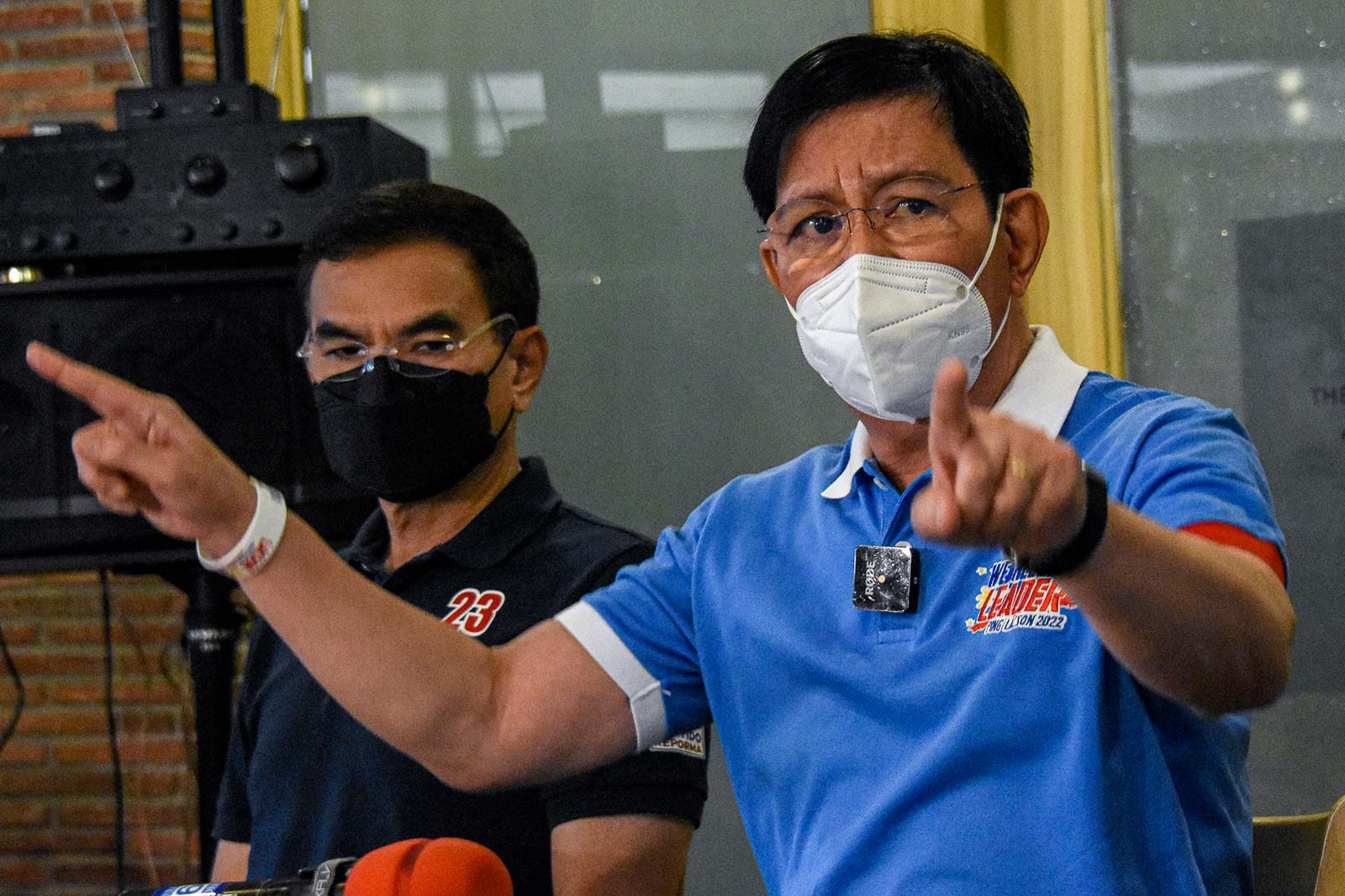 DISBELIEF. In this file photo, Senator and presidential candidate Panfilo Lacson speaks with reporters during a press briefing in Quezon City.

As he continued to trail his competitors in pre-poll surveys, Senator Panfilo Lacson stayed optimistic in his campaign for the presidency.

“I can’t believe that I’m just at 4%. It’s different on the ground,” Lacson said during his weekly Meet the Press forum on Thursday, February 17, when repeatedly asked by reporters if he was discouraged by the recent surveys showing him stuck at single-digit percentage votes.

Lacson acknowledged that he could be wrong, but he also said earlier in the briefing that the true demonstration of the country’s choice was the election itself, not the surveys. 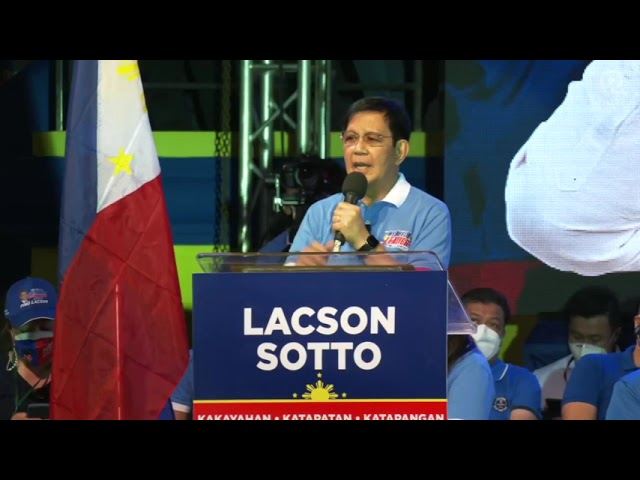 In a presidential survey conducted by Pulse Asia from January 19 to 24, former senator Ferdinand “Bongbong” Marcos Jr continued to hold his commanding lead, garnering the vote of 60% of respondents nationwide.

Far behind in second place was Robredo, who was the pick of 19% of respondents. Manila Mayor Isko Moreno and Senator Manny Pacquiao were tied at third place, each keeping 8% of voter preference. Senator Panfilo Lacson remained in fourth place at 4%.

Lacson’s 4% was a downgrade from the 6%-vote he obtained in Pulse Asia’s December 2021 survey.

Fieldwork for the recent survey coincided with GMA Network’s The Jessica Soho Presidential Interviews, which aired on January 22, or in the last few days of the polling period. Lacson had hoped that his praised performance in the interview would boost his ratings, but he said it might take time before it would “resonate” with Filipinos.

Lacson and Sotto remained optimistic that their campaign, which they have packaged as “elevated” by their platforms, would lead them to victory. Both 73, Lacson and Sotto are counting on their decades of experience and the promise to end corruption to sway voters to their side. – Rappler.com