MANILA, Philippines – The progressive Makabayan bloc said on Saturday, January 29, that they decided to endorse the tandem of Vice President Leni Robredo and Senator Francis “Kiko” Pagilinan because they shared a common stand on issues and had the “best chance” of defeating dictator’s son Ferdinand “Bongbong” Marcos Jr. and running mate Davao City Mayor Sara Duterte.

(At a time when the forces of tyranny are on the attack, and the heirs of the dictator want to return to power, both Leni and Kiko stood up as the true opposition. They are now our best chance to defeat the Marcos-Duterte tandem.) 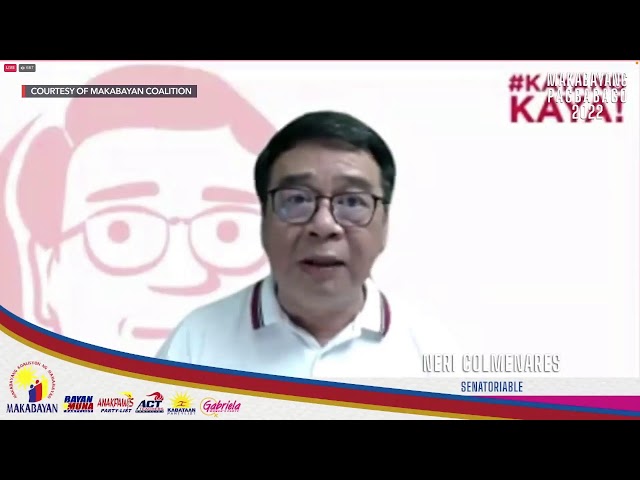 (Our common stand on issues, the candidates’ track records, and the all-important fight against the Marcos-Duterte tandem were Makabayan’s basis for formally supporting Leni Robredo and Kiko Pangilinan.)

The progressive bloc also listed at least 10 platforms and stances on issues that are common to them and Robredo. They are the following:

Makabayan’s senatorial bet Neri Colmenares announced on Friday that they will support the Robredo-Pangilinan tandem. The announcement was made after opposition coalition 1Sambayan announced that Colmenares was the eighth senatorial aspirant under their ticket.

In a statement, Robredo’s spokesperson Barry Gutierrez said that Robredo and Pangilinan are ready to cooperate with Makabayan in relation to their common stand on issues and platforms. 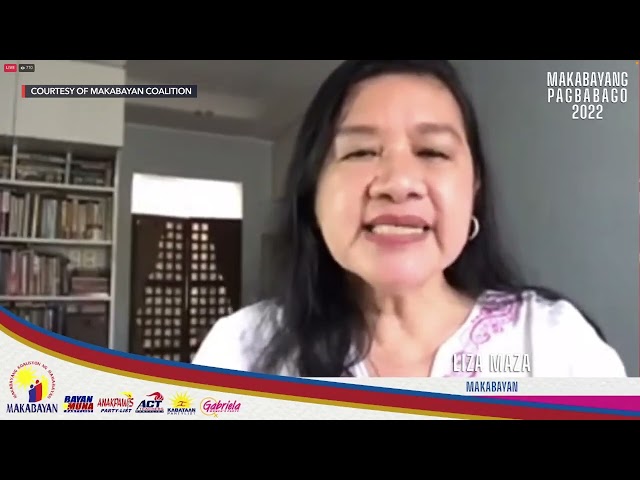 (They are ready to cooperate on the 10 points that they presented as common stances on issues and platforms in their declaration. This paves the way for a deeper unity for the good of the Filipino people.)

“Nirerespeto ko ang dinamismo at desisyon ng partidong Makabayan (I respect the dynamics and decision of the Makabayan party),” de Guzman said in a statement.

The labor leader added that he still supports the candidacy of Makabayan senatorial bets Neri Colmenares and Elmer Labog. The two senatorial aspirants were included in De Guzman’s senatorial slate.

(Whatever happens and whatever the practical considerations they made in endorsing other candidates, my support for the candidacy of Neri Colmenares and Elmer Labog for senator remains.)

Makabayan and the liberals

The Makabayan bloc did not support candidates affiliated with the Liberal Party in the past two presidential elections, opting to back Manny Villar against LP’s Benigno Aquino III, who won, in 2010. In 2016, the bloc endorsed Senator Grace Poe for president but later shifted their support to President Rodrigo Duterte. The Duterte-Makabayan relationship did not last long because of Duterte’s controversial drug war, among other issues.

Robredo is running as an independent, but she chairs LP while Pangilinan is the party’s president.

Principles and compromises: How Makabayan survived under Duterte 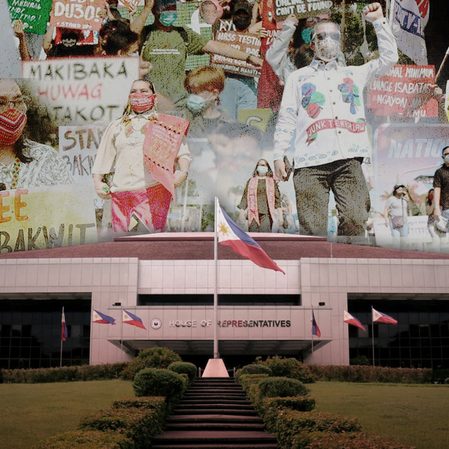 Makabayan president Satur Ocampo said that they don’t consider the party of the candidate that they are supporting.

The bloc said they have around 3 to 3.5 million solid votes that they can contribute to Robredo and Pangilinan in the May 2022 elections. – Rappler.com