Facebook Twitter Copy URL
Copied
(2nd UPDATE) This signals the coming together of the liberals and leftists, who have been at loggerheads these past months 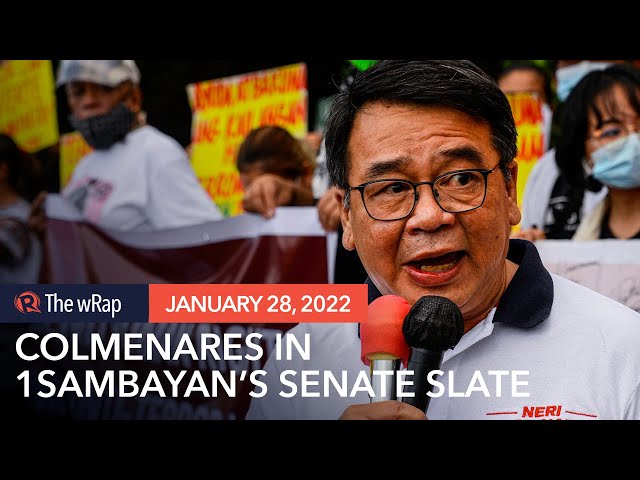 MANILA, Philippines – After months of tension between the liberals and leftists, the progressive Makabayan bloc has endorsed the presidential bid of Vice President Leni Robredo and her running mate Senator Kiko Pangilinan.

Former Bayan Muna congressman Neri Colmenares announced this on Friday, January 28, as he confirmed accepting the offer of the 1Sambayan opposition coalition to get the eighth slot in its senatorial ticket.

(I am happy our efforts have come to fruition. It is a great honor for me to be chosen as one of the senatorial candidates of 1Sambayan. I am whole-heartedly accepting this honor. With your support, I can be an honest voice of the ordinary people in the Senate.) 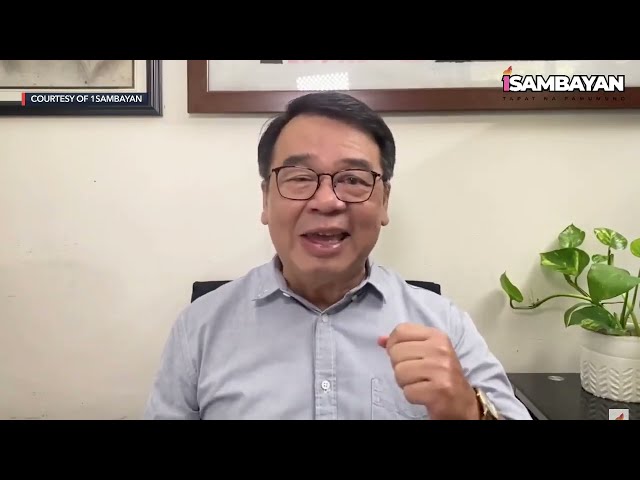 (At this point, I want to announce the endorsement and strong support of my party, the Makabayan coalition, for VP Leni Robredo’s candidacy for the president of the Philippines and for Senator Kiko Pangilinan as vice president.)

Colmenares said the Leni-Kiko tandem and Makabayan are united in their positions on issues like pandemic response, rights of workers, farmers, the poor, and the indigenous peoples, environment, human rights, and the West Philippine Sea.

Makabayan’s endorsement of the Robredo-Pangilinan tandem and Colmenares’ inclusion in the 1Sambayan ticket was announced during the virtual proclamation rally of 1Sambayan, the group that has taken on the tough mission of forging a united front for all dissenting forces against President Rodrigo Duterte and his allies in the May elections.

Colmenares, who chairs Bayan Muna, now joins the seven other senatorial aspirants who were earlier endorsed by 1Sambayan and who also form the core group of the 12 Senate bets backed by presidential hopeful and Vice President Leni Robredo.

They other Senate bets endorsed by 1Sambayan are:

1Sambayan convenors are only willing to endorse senatorial bets who have publicly supported Robredo and her running mate Senator Kiko Pangilinan.

Colmenares’ inclusion in 1Sambayan’s list signals the coming together of the leftist and liberals who have been at loggerheads in the past months.

The members of the Makabayan bloc had been part of 1Sambayan’s vetting process for their opposition slate, but they eventually refused to back Robredo when the convenors announced that she would be 1Sambayan’s standard-bearer in September 2021.

This has since been a sticking sore point between members of the Makabayan bloc and Robredo’s “Kakampink” supporters.

The Kakampink have accused Makabayan of allegedly backing the candidacy of Manila Mayor Isko Moreno, whom they have criticized for being a fence-sitter. The Makabayan lawmakers denied this.

Robredo’s eventual snub of Colmenares in her own Senate ticket further soured the relations between these two factions in the opposition.

Colmenares was even left to compete with labor leader Matula for the 12th and final slot in Robredo’s slate. The Vice President eventually picked Matula, who leads a group of labor leaders and unions that have been mobilizing for her 2022 campaign.

Colmenares, however, holds no grudges against Robredo and has not ruled out working with her despite her non-endorsement of his bid for the Senate.

This is the third senatorial bid of Colmenares, who ranked 24th in the 2019 senatorial race that was eventually dominated by Duterte allies.

A human rights lawyer and activist, Colmenares was only 18 when he was tortured and jailed during the bloody Martial Law years under the deposed dictator Ferdinand Marcos. The strongman’s only son and namesake, Ferdinand “Bongbong” Marcos Jr., is running for president in the May 2022 elections and is leading the voters’ preference polls so far.

1Sambayan convenor Howard Calleja earlier said their senatorial ticket may still increase in the coming weeks, but did not indicate if the final list may include other bets in Robredo’s Senate ticket.

Robredo’s Senate picks had been controversial, following the inclusion of guest candidates who make for strange bedfellows given their past conflicts with the opposition figures in her list.