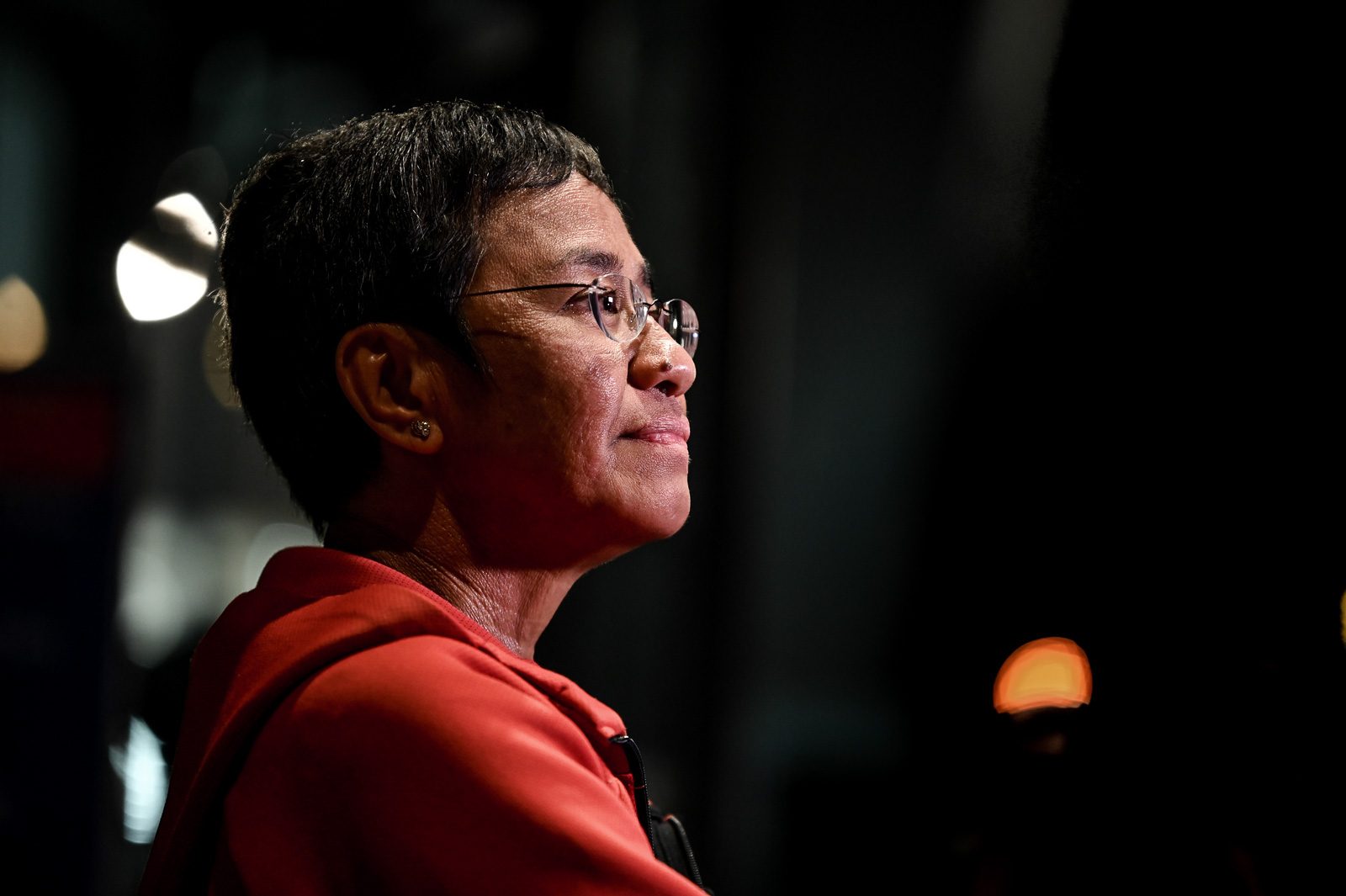 JOURNALISM'S BATTLECRY. Rappler CEO and founder Maria Ressa speaks to the media at the Ninoy Aquino International Airport during her departure on December 7, 2021, after Philippine courts granted her permission to travel to Oslo, Norway for the Nobel Peace Prize ceremony on December 10.

MANILA, Philippines – Press freedom and democracy icon Maria Ressa warned senators that the Philippines could potentially undergo post-election violence like the attack in the United States Capitol in 2021 if the government will keep allowing lies to fester on social media. 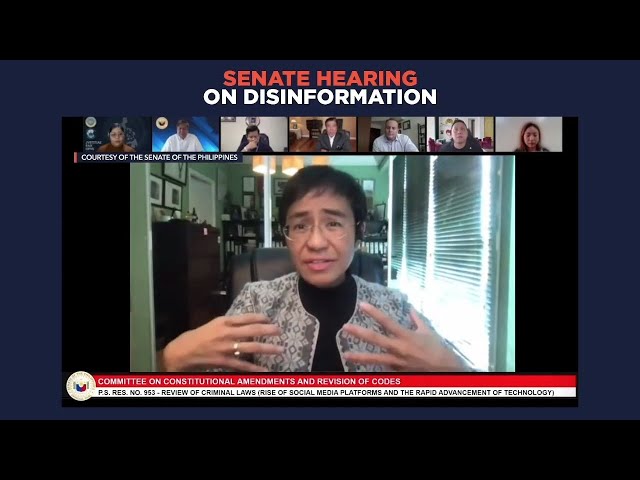 Ressa made this grim warning ahead of the May presidential elections in her testimony before the Senate committee on constitutional amendments and revision of codes on Wednesday, January 12.

The Rappler CEO explained how the web of lies that led to supporters of former US president Donald Trump storming the Capitol on January 6, 2021 actually started two years earlier, through election conspiracy theories of the pro-Trump “Stop The Steal” group.

In the run-up to the 2020 US presidential elections, these lies were seeded into online groups then eventually, mainstream media. When Trump himself later claimed he did not lose to his victorious opponent Joe Biden, the flames of disinformation online eventually exploded into real world violence.

Now, Ressa said, imagine what could happen in the Philippines, where it has become part and parcel of post-election seasons for losing candidates to claim they were cheated.

“So think about it like this: How many times have Filipino politicians, candidates who have lost elections, said that they were robbed? That’s kind of pretty normal in the Philippines. But now, put it in the age of disinformation, if you have an expert who knows how to do this, it can lead to violence,” said Ressa.

Senators are currently looking into possible legislation to stop the spread of disinformation and misinformation on social media platforms in the Philippines, a hotbed for online propaganda. Social media had played a huge part in President Rodrigo Duterte’s 2016 campaign, and it has continued to serve him well five years into his presidency.

About 20% of these women journalists had been abused offline in connection with the online attacks they experienced. 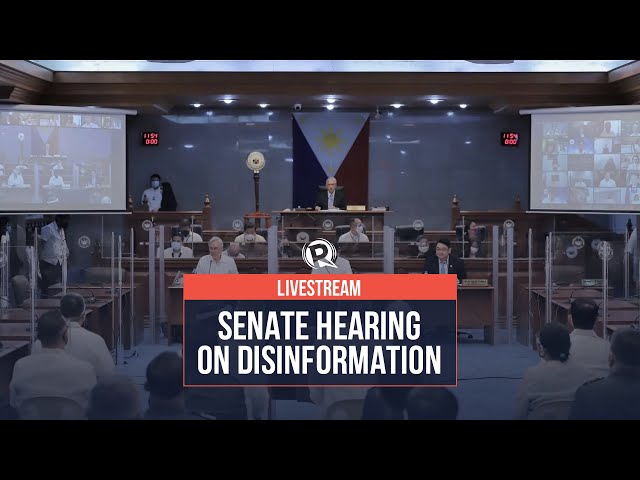 Comelec ‘hack’ report seeding distrust ahead of May polls

Bringing the issue closer to home, Ressa raised red flags over a report saying a group of hackers allegedly breached the Commission on Elections (Comelec) online servers months before Filipinos are set to elect their next president.

She said this so-called Comelec “hacking” is seeding distrust of the country’s electoral process. 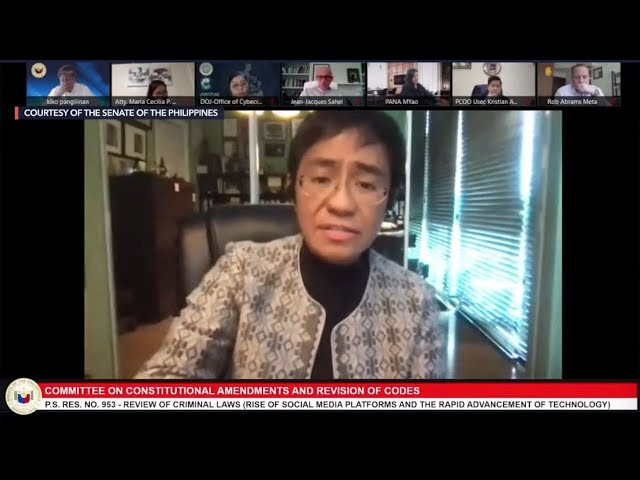 Ressa pointed out that known fake news peddlers are among those amplifying the alleged data breach, which the Comelec is now investigating. Poll body commissioner Rowena Guanzon already denied such hacking actually happened.

Several politicians running in May, among them Senate constitutional amendments panel chair and vice presidential aspirant Kiko Pangilinan, already told Comelec to validate the report and make sure to protect the integrity of the polls.

“I think in the last two days, I think, Mr. Chair, you released a statement about the potential Comelec hack, that Comelec says didn’t happen but is being broadcast by some other candidates and known disinformation influencers as a way to already begin to seed distrust of our electoral process. And I’ll leave it with that. There are no guardrails for this,” said Ressa.

The Nobel Peace Prize laureate appealed to senators to craft legislation that would hold tech and social media giants accountable for the lies they allow to be spread in their platforms. – Rappler.com