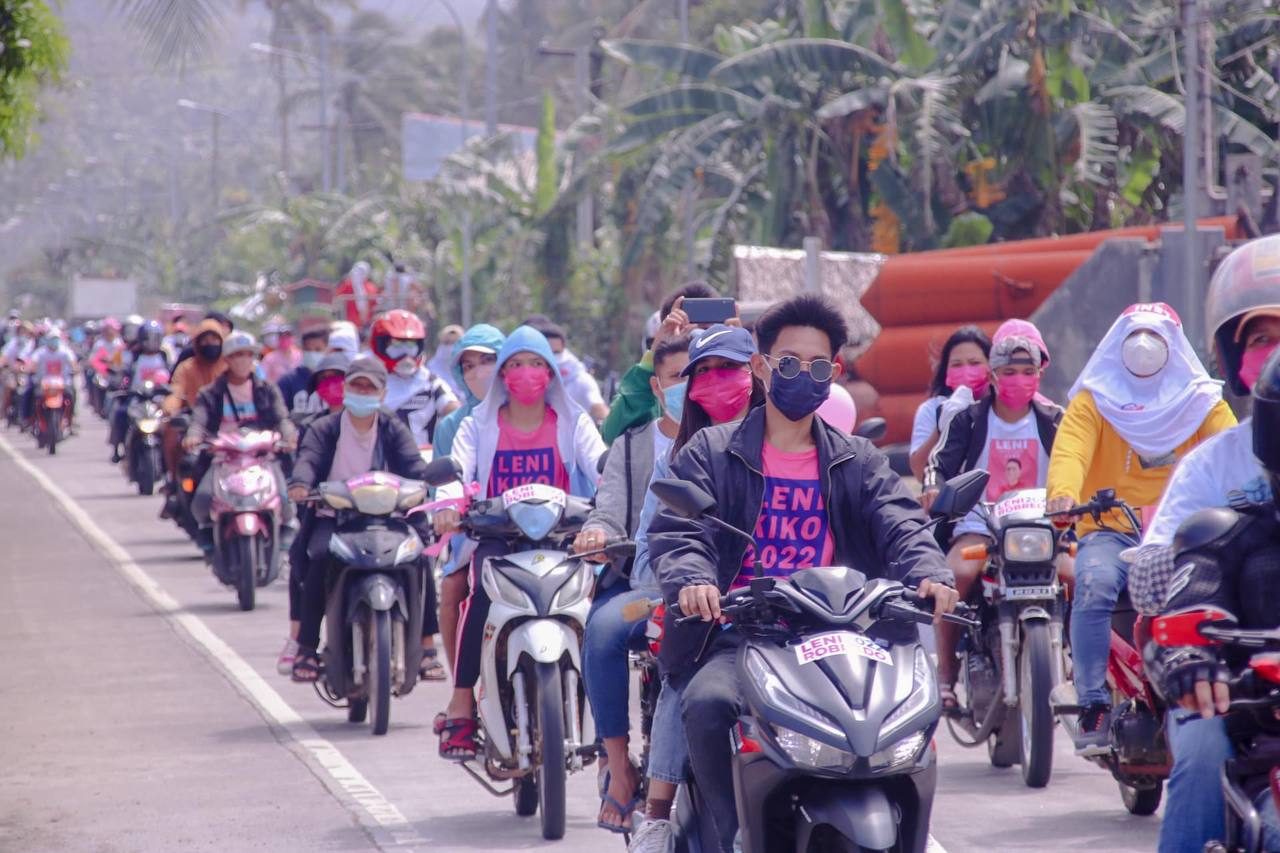 RIDERS FOR LENI. Long columns of two-wheeled vehicles join a caravan that culminated in a gathering of thousands of Robredo supporters in Borongan City, capital of Eastern Samar, on Tuesday, February 8.

Facebook Twitter Copy URL
Copied
(1st UPDATE) Six of the eight mayors are members of the PDP-Laban, which has adopted Davao City mayor Sara Duterte as its vice presidential bet

Their announcement coincided with the arrival in Borongan of a provincial caravan that culminated in a festive gathering of thousands of Robredo supporters.

Interestingly, six of the the mayors won in 2019 as members of the Partido Demokratiko Pilipino Lakas ng Bayan (PDP-Laban) : the two Evardones, Germino, Estaron, Ty, and Mergal.

The Borongan mayor is a member of the National Unity Party. Quiminales of Mercedes is from the Nacionalista Party.

Various local leaders including vice mayors, board members, and councilors from the other towns likeLawaan, Quinapondan, Hernani, San Julian, and Sulat were also in attendance.

According to the organizers of the event, around 5,000-7,000 individuals from different parts of Eastern Samar joined the pink caravan.

Agda said Robredo is the best presidential bet who can lead the country.

Agda said the thousands who gathered to support Robredo’s presidential bid is a testament that the people of Eastern Samar believe in the right principles and that they care about the future of the next generation.

Prior to the event, local government unit leaders — including the four mayors who expressed support for Robredo’s presidential bid — joined the blessing of the Leni-Kiko Provincial Volunteers Center in this province. – Rappler.com