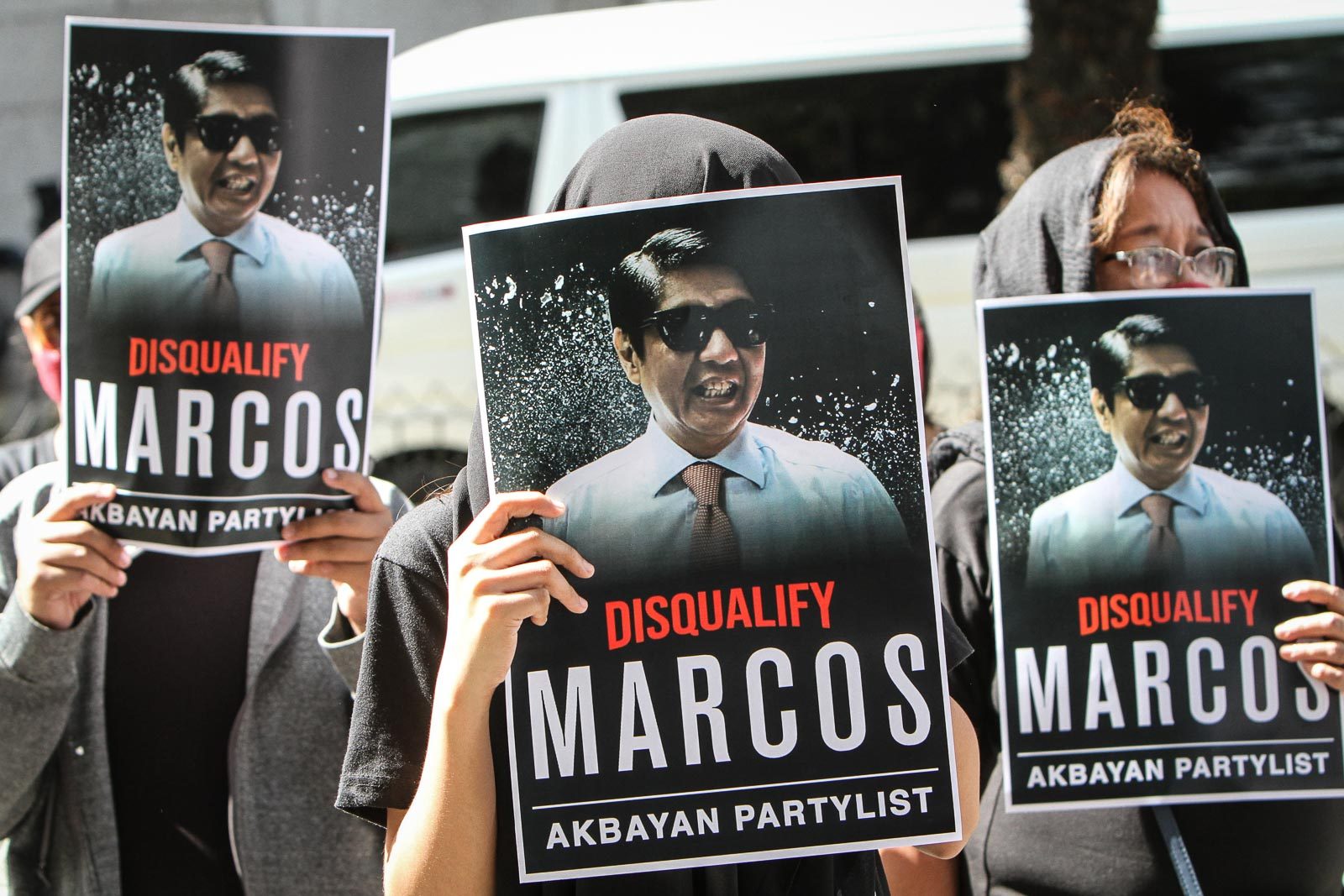 Facebook Twitter Copy URL
Copied
'I still would like to trust in the neutrality and independence of the other commissioners and the Comelec as a whole,' says petitioners' lawyer Howard Calleja

The people behind two disqualification petitions against 2022 presidential aspirant Ferdinand Marcos Jr. thanked Commission on Elections (Comelec) Commissioner Rowena Guanzon for siding with them in the high-profile case.

In a rare move, the feisty, no-holds-barred commissioner, publicized her vote on Thursday, January 27, even before the Comelec’s 1st Division – which she presides over – released its ruling on the consolidated petitions filed by Martial Law Survivors, party-list group Akbayan, and former Partido Federal ng Pilipinas officers. 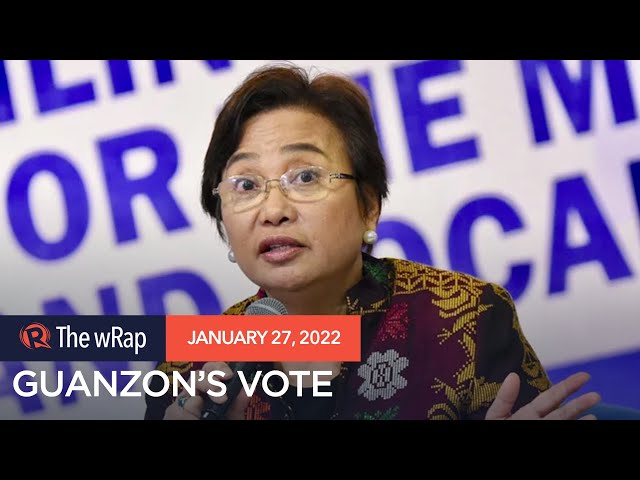 In a statement, Akbayan lauded Guanzon for her bravery, and for supposedly validating what they already knew about the ousted dictator’s son and namesake.

“Guanzon reveals in public Marcos’ deceitful ways, that he is not qualified to join our elections,” Akbayan said in a statement on Thursday. “A person, like Bongbong, who insists on participating in our electoral contest, despite not meeting its requirements, is a cheater.”

Guanzon had told Rappler and other media organizations that she voted to block Marcos’ 2022 bid because he committed a crime of moral turpitude for failing to pay income taxes in the 1980s.

Howard Calleja, lawyer for the Martial Law survivors, said he “salutes Commissioner Guanzon for her adherence to justice and the rule of law,” but expressed worries over “her revelation of political influence and manipulation hounding the decision of the 1st Division.”

Guanzon had told Rappler that a politician allegedly sought to influence the commissioner ponente or writer of the ruling to delay the resolution.

Guanzon had revealed to the media that Comelec Commissioner Aimee Ferolino is the ponente in the consolidated disqualification case.

But for Calleja and party-list group Akbayan, not all hope is lost.

“At this point, I still would like to trust in the neutrality and independence of the other commissioners and the Comelec as a whole,” Calleja said. “I pray that they will uphold the mandate of the Comelec to conduct fair honest and truthful elections.”

“We also express our hope that there would be no unnecessary delay in deciding our petition in favor of whomever, or to exclude the opinion and vote of Commissioner Guanzon, who will be retiring this February 2,” Akbayan added. “We call on the other Comelec commissioners…to heed their conscience.”

Guanzon’s vote runs the risk of being excluded should a ruling on the Marcos case still be unavailable by the time she steps down next week.

Ferolino, whom Guanzon already publicly lambasted in media interviews, told Rappler on Thursday night she wants to “maintain my dignified silence” and not violate the sub judice rule.

Ferolino and Commissioner Marlon Casquejo join Guanzon in the three-member 1st Division. The two are President Rodrigo Duterte’s appointees from his hometown Davao City who rose from the ranks after decades of service in the poll body.

Guanzon had said that the President was not interfering in the Marcos case. The influential politician she was referring to, she added, is not a 2022 presidential aspirant.

If Guanzon’s timeline were to be followed, a ruling on the Marcos case should have been released by January 17. She even revealed that she had submitted a separate opinion to Ferolino’s office.

The ponente’s lawyers, however, got COVID-19, the reason the Comelec had given to justify the delay. – Rappler.com