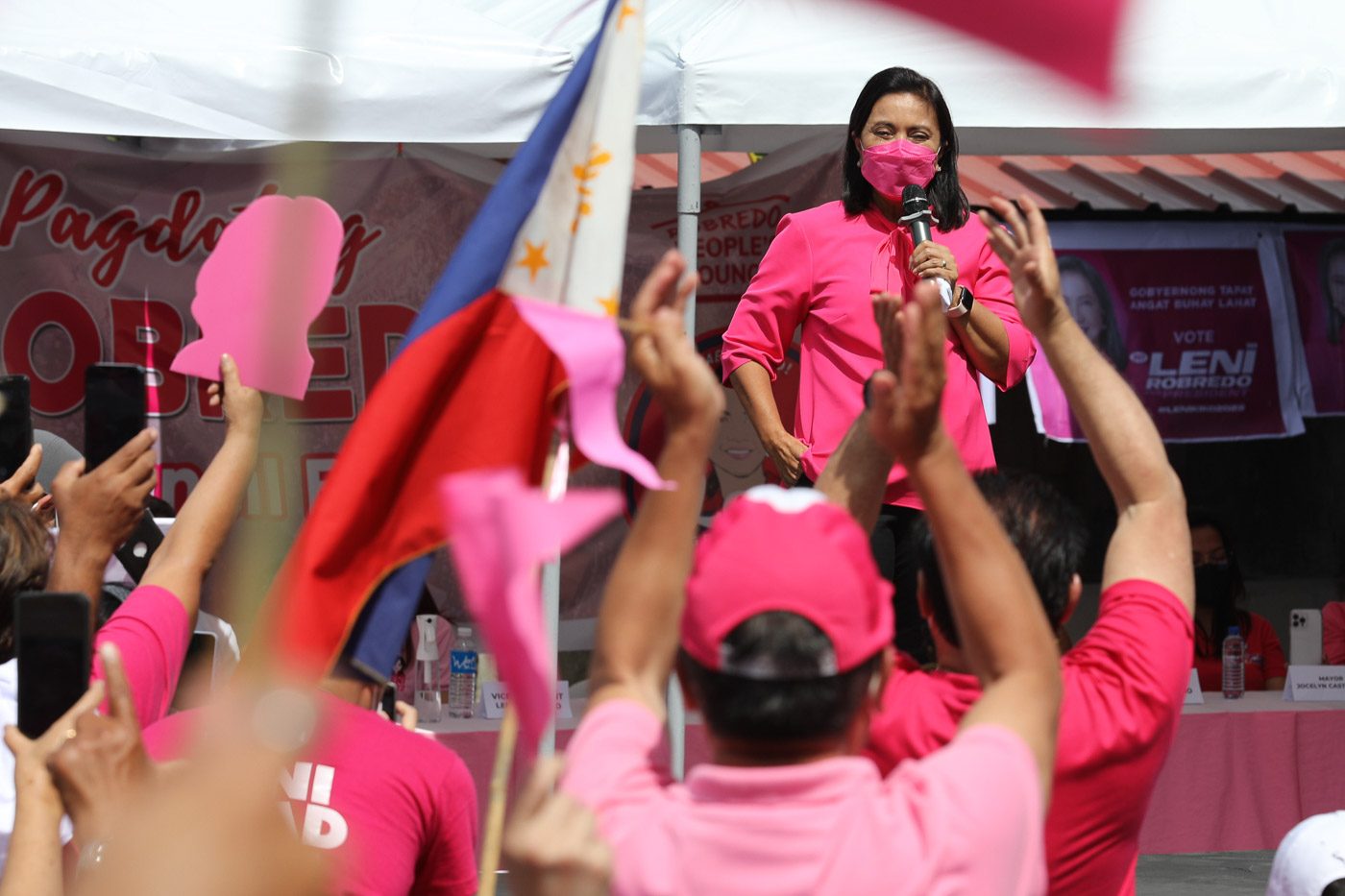 Facebook Twitter Copy URL
Copied
'For more than a century, the PBA has kept watch to uphold the rule of law. We believe VP Leni Robredo will keep this vigil alive. And we call on our colleagues in the profession to join us,' say past presidents of the Philippine Bar Association

MANILA, Philippines – Seventeen former presidents of the Philippine Bar Association (PBA), including top state lawyers in the Arroyo government, have joined other groups and sectors in endorsing Vice President Leni Robredo for president.

“We have full confidence in VP Leni’s commitment to return the Rule of Law to its primary place in our system. A rules-based order is the best guaranty of stability. And a stable nation is best positioned to defend itself from foreign aggression. And our security interests in the West Philippine Sea are safe with someone like VP Leni,” said the former PBA presidents in a statement on Wednesday, February 23.

“For more than a century, the PBA has kept watch to uphold the rule of law. We believe VP Leni Robredo will keep this vigil alive. And we call on our colleagues in the profession to join us,” they added.

The PBA is the oldest voluntary organization of Filipino lawyers, thus a private one. The mandatory legal organization is the Integrated Bar of the Philippines (IBP), whose resources and mandate are tied to the Supreme Court.

Two of the signatories were former top officials of the administration of Gloria Macapagal Arroyo: Avelino Cruz Jr. who served as her defense secretary and chief presidential legal counsel; and former solicitor general and ombudsman Simeon Marcelo.

“VP Leni has built a life serving the poorest of the poor. She has walked through rice paddies, climbed mountains, and journeyed to remote islands in a quest to reach those who have been left behind,” said the PBA presidents.

They also recognized Robredo’s work as a lawyer. Before she joined government, the Vice President was a public interest lawyer.

“For decades, she has been the kind and noble face of the legal profession in the most neglected areas. She is the best reminder to our countrymen that the Rule of Law serves the people, and not the other way around,” they said.