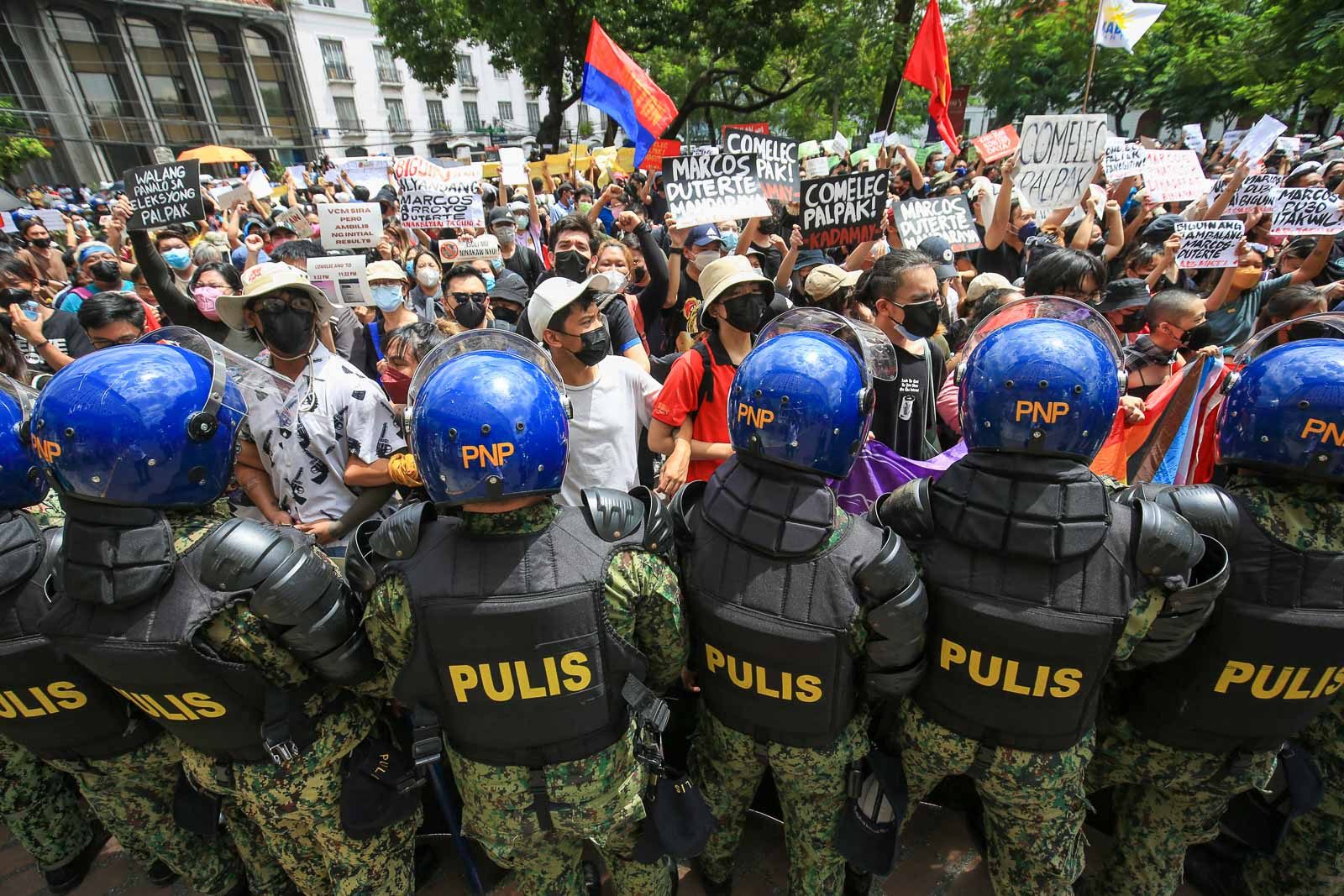 MANILA, Philippines – On Tuesday, May 10, a day after voters complained about faulty voting machines and long lines during election day, various organizations and youth groups took their rage to the Commission on Elections (Comelec) office in Intramuros to protest the “unjust process” during the polls.

(People suffered long lines just to vote. We would understand if it was caused by health protocols during the pandemic, but it wasn’t. It was caused by Comelec’s neglect and by the shameless Smartmatic.)

On Monday, May 9, various groups called on Comelec to extend voting hours after several voters expressed fear of not being able to vote due to the delays caused by defective vote counting machines (VCMs) and the enforcement of health protocols. This call, however, was left unheeded by the Comelec.

Aside from protesting the election process, the groups also condemned the possible Marcos-Duterte rule in 2022.

“The youth will reject any form of Marcos-Duterte win,” said Coleen Mañibo, secretary general of the National Union of Students of the Philippines.

This was echoed by Jerome Adonis of Kilusang Mayo Uno, saying “Mahal namin ang Pilipinas kaya ayaw naming iluklok ang isang berdugo, mamatay tao, magnanakaw na mapanghating Marcos.” (We love the Philippines, and that is why we refuse to elect the divisive Marcos who is an executioner, a murderer, and a thief.)

From the peaceful protest outside Palacio Del Gobernador where Comelec is located, the protestors marched towards Liwasang Bonifacio, repeatedly demanding accountability from the the poll body.

Below are some photos from the protest: