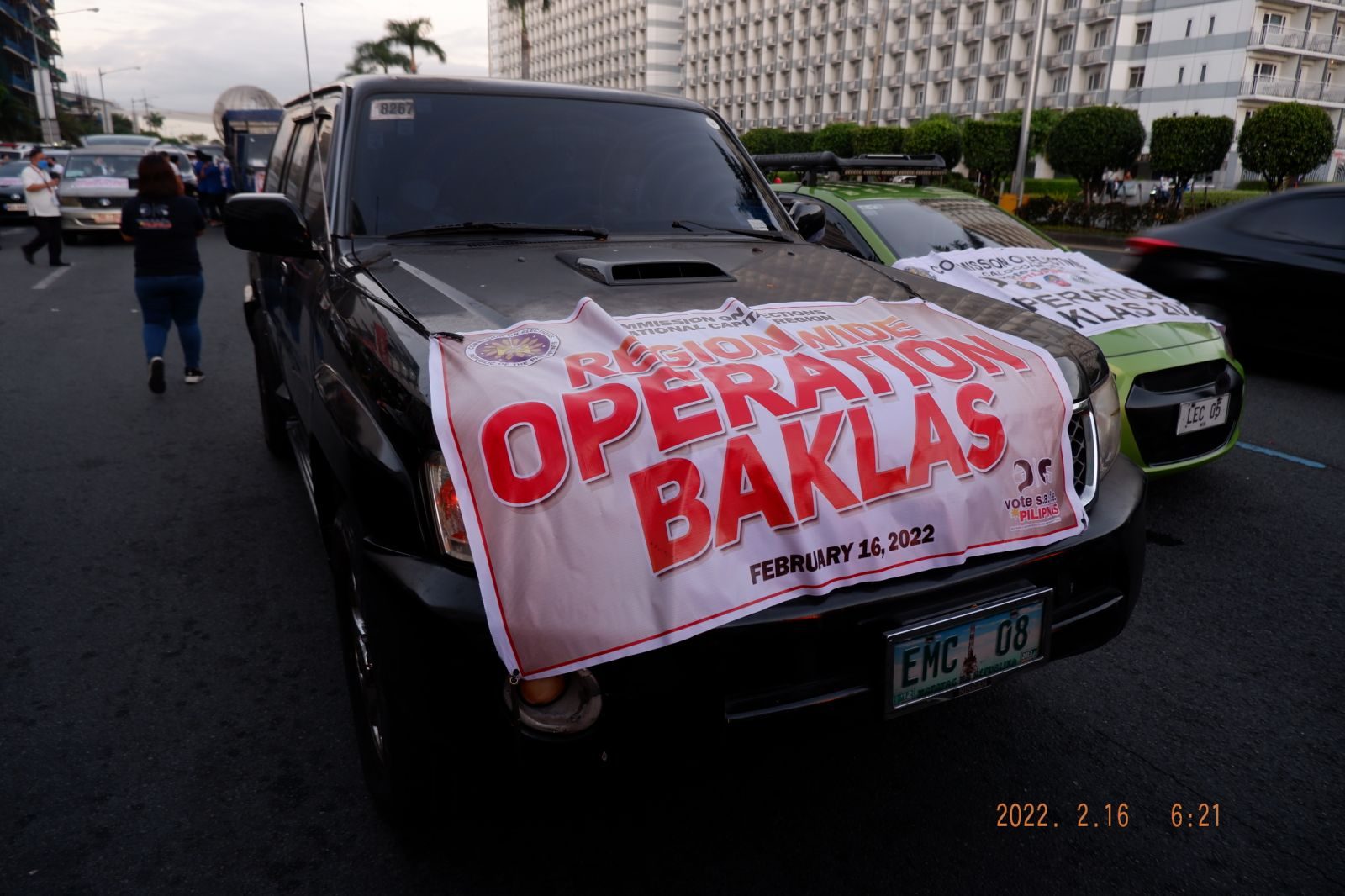 MANILA, Philippines – Some presidential aspirants for the 2022 elections weighed in on the Commission on Elections’ (Comelec) controversial removal of alleged oversized campaign posters inside private property.

Backlash continued to grow on Thursday, February 17, following reports that campaign posters in private premises were torn down without due process.

Senator Panfilo Lacson said it was time for the Comelec to revisit its rules.

Comelec Resolution No. 10730, released in November 2021, states that even if campaign posters are allowed on private property, they “must comply with the allowable size (2 feet by 3 feet) requirements for posters.”

“There is a constitutional issue there,” Lacson said in Filipino. “This is my property, whatever I do here, as long as I do not harm people, you cannot police me.”

“If I put a cannon on my private property, then you can go after me or the property owner. But with a harmless tarpaulin? I think they should revisit [their rules],” he added.

Manila Mayor Isko Moreno, meanwhile, did not discount the idea that Comelec officials were just doing their jobs, but reminded them not to abuse their power.

“Let us just be vigilant because it’s a pity for the candidate. For example, if you remove posters of Vice President Leni Robredo installed on private property, that’s unfair,” Moreno said in Filipino.

While “Oplan Baklas” activities in Metro Manila on Wednesday, February 16, also showed personnel taking down oversized campaign posters of former senator Ferdinand Marcos Jr. and senator Manny Pacquiao, Robredo’s camp has been the most vocal about what they called the “unconstitutional” removal of tarpaulins.

The Robredo camp said the Comelec took down posters of the presidential candidate and her running mate Francis Pangilinan in Quezon City, Santiago City, and Zamboanga City, without prior notice to the volunteers. 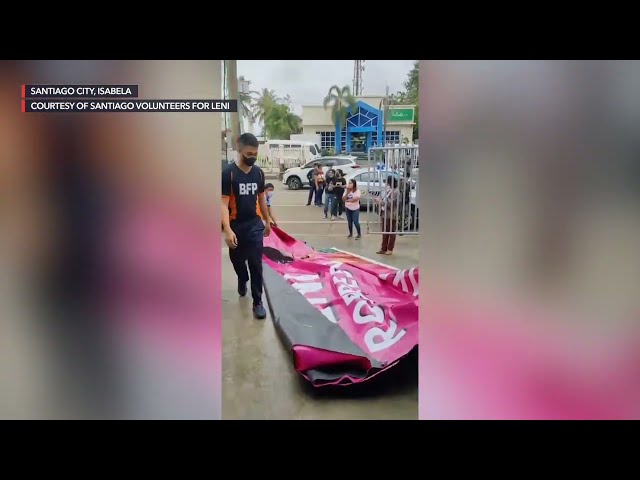 Robredo’s team has been mulling over the possibility of filing cases against the Comelec.

“We are calling on Comelec to review this policy because it clearly violates the Constitution and our laws,” Robredo’s spokesman Barry Gutierrez said in Filipino. “And if needed, we are now studying the possible filing of the appropriate cases so the rules on this issue would be clarified.”

Some groups have cited a 2015 Supreme Court ruling to bolster the argument that the Comelec cannot regulate oversized advocacy posters on private property.

That ruling favored the Diocese of Bacolod, which had posted oversized tarpaulins categorizing 2013 senatorial candidates depending on whether they were against or supportive of what was then the Reproductive Health bill.

The Supreme Court ruled that limiting the maximum size of the tarpaulin would “render ineffective petitioners’ message and violate their right to exercise freedom of expression.”

Comelec spokesman James Jimenez, in a press briefing on February 8, explained the poll body’s appreciation of that ruling.

He said that the controversial “Team Buhay, Team Patay” poster that was the subject of the High Court decision was an advocacy tarpaulin.

Indirectly quoting from that decision, Jimenez said, “If the overall purpose of that speech is simply to declare an endorsement of the candidate, then regulation is constitutionally valid.” 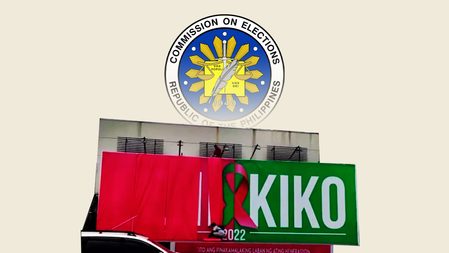 Some groups raised fears that the Comelec guidelines might be weaponized against certain candidates.

Former Comelec commissioners Rowena Guanzon and Luie Guia also expressed concerns that the Comelec runs the risk of being accused of trespassing, if its personnel removes posters on private property without prior notice. – Rappler.com