Facebook Twitter Copy URL
Copied
All but one candidate was present. Who stood out among them? Watch Rappler's recap with columnist John Nery and elections reporter Dwight de Leon 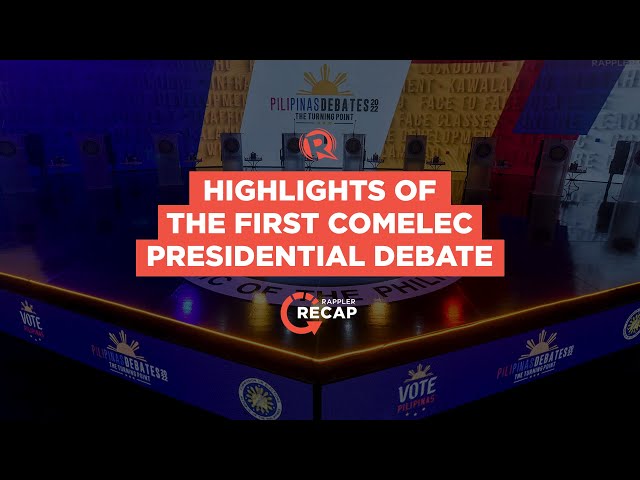 Nine of 10 presidential candidates gathered at the Sofitel in Pasay City on Saturday, March 19, marking the first presidential debate organized by the Commission on Elections for the 2022 polls.

The debate lasted for two and a half hours, tackling topics such as recovering from the pandemic and facing the rise of fuel prices amid the Russian invasion of Ukraine.

Unlike previous debates in the 2022 election circuit, the Comelec debate on Saturday gave candidates the opportunity to contest each other’s answers. Frontrunner presidential candidate Ferdinand “Bongbong” Marcos Jr was the only absentee, his podium left vacant for all to see throughout the evening.

Who stood out among those present as they made their pitches to lead the country?