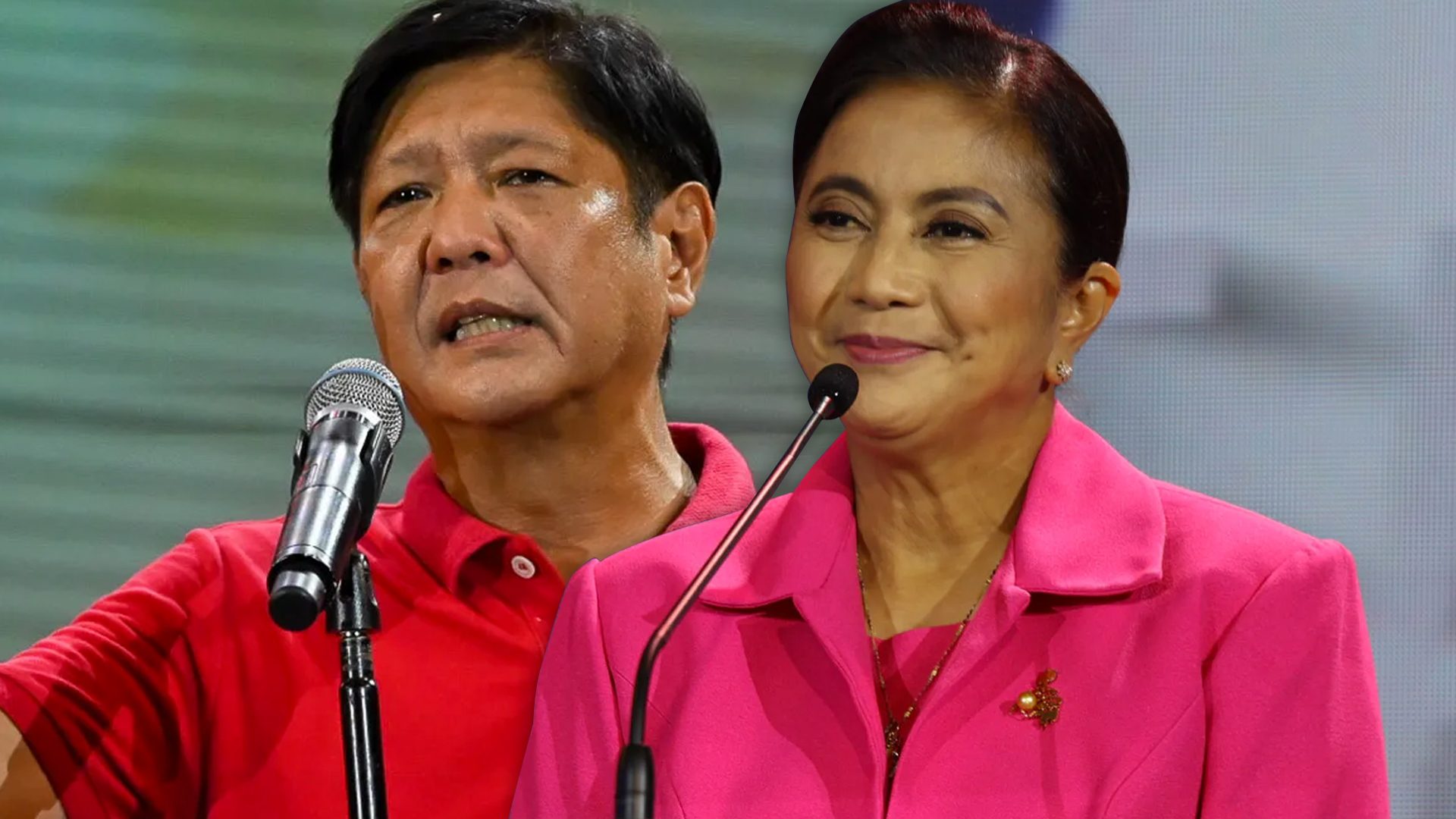 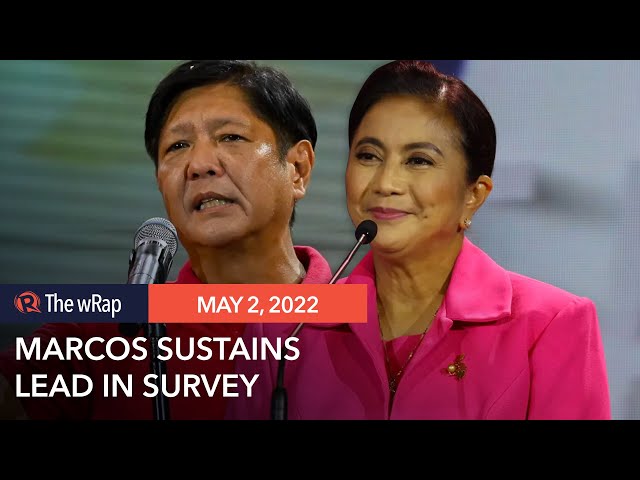 MANILA, Philippines – Ferdinand Marcos Jr., the late dictator’s son, sustained his lead over rivals in the 2022 presidential race, based on results of the latest Pulse Asia survey conducted in April 2022.

The nationwide survey, conducted from April 16 to 22, sampled 2,400 adult Filipinos aged 18 and above, who are registered voters and likely to vote in the May 2022 elections.

Its findings showed that if elections were held during the survey period, 56% of voters would pick Marcos Jr. as president – keeping with his numbers from the March survey.

Robredo’s preference, meanwhile, was likewise practically steady at a 23% voter preference, compared to 24% in March.

Following Robredo was Senator Manny Pacquiao, who saw a voter preference of 7%, Manila Mayor Isko Moreno Domagoso (4%), and Senator Panfilo Lacson (2%). Domagoso saw the largest drop in this latest survey round, falling to the fourth rank just behind Pacquiao, after his numbers dropped from 8% in February to 4% in March.

Lacson’s number stayed the same, and Pacquiao climbed to third place, though his numbers increased by a percentage point – from 6% to 7%.

Two other presidential bets in the survey – Faisal Mangondato and Ernesto Abella – each saw a 1% voter preference, while candidates Jose Montemayor, Leody de Guzman, and Norberto Gonzales all got less than 1% each in the survey.

Marcos Jr. saw his biggest drop in Metro Manila, where voter preference for him fell by 7 percentage points from 64% to 57%. Apart from this, his numbers fell slightly in Visayas, but held steady in Balance Luzon, and climbed in Mindanao.

Closest rival Robredo, saw her largest gain in the capital region, climbing 9 percentage points from 17% in February to 26% in March and in Visays, climbing 6 percentage points, or form 28% to 34%. Her numbers fell in Balance Luzon and Mindanao.

But the biggest drop was seen by Domagoso, whose numbers fell across the country. Results showed preference for the young mayor was down in Metro Manila, Balance Luzon, Visayas, and Mindanao.

It was on Easter Sunday, April 17, when Domagoso, along with Lacson, Gonzales mounted a joint press conference to call for “unity,” though the gathering saw Domagoso call on Robredo to back out of the presidential race and give survey laggards like him a chance.

In a statment, Robredo’s spokesperson, Barry Gutierrez, said the Vice President’s numbers “remain encouraging.” He cited the record-attendance during an April 23 rally in Pasay City, where the crowd estimate was over 400,000 people.

“The remaining weeks of the campaign have seen intensified efforts at house-to-house, person to person campaigning by thousands of volunteers, which we believe will translate to support on election day. This has truly become a People’s Campaign, a grassroots movement of Filipinos from all walks of life and from all over the Philippines. We put our trust that this People’s Campaign will win the day on May 9,” Gutierrez said.

Results also showed that Davao City Mayor Sara Duterte is still the frontrunner of  the vice presidential race, with 55% of respondents saying they would pick her if elections were held during the survey period.

Her numbers are likewise similar to those in March, where 56% of respondents said they would elect her. While Duterte dominated across all locations, like her running mate Marcos Jr., she saw her biggest drop in Metro Manila, falling from 56% to 51%. Her numbers also fell in Mindanao from 83% to 80%.

Next to her was Senate President Vicente “Tito” Sotto III, who fell further from 20% to 18% voter preference. Sotto saw drops in all locations except for Balance Luzon, where he climbed from 22% to 25%. Sotto is running alongside Lacson, currently fifth place in the survey.

In at third place is Senator Francis “Kiko” Pangilinan, Robredo’s running mate, whose numbers stayed at 16%. Unlike Robredo, Pangilinan saw his numbers climb in all locations, save for Balance Luzon. His numbers also grew among classes ABC and E. It stayed steady among class D.

In a live program that aired on her Facebook page, vice-presidential aspirant Sara Duterte said that the latest Pulse Asia survey was not surprising.

During the survey period, the Uniteam tandem and Robredo-Pangilinan continued to draw huge crowds in campaign rallies across the country. Election Day on May 9 is seven days away, and candidates have five days left to woo voters. – with a report from Ralf Rivas/Rappler.com