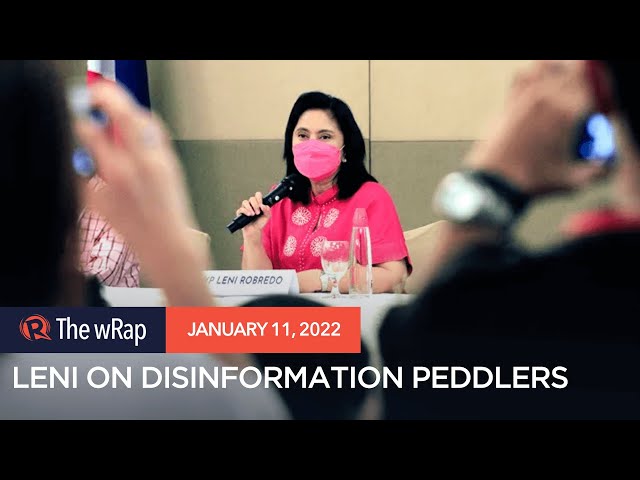 MANILA, Philippines – Vice President and now presidential aspirant Leni Robredo said it is “unforgivable” to be spreading lies online as the country grapples with an unprecedented spike in coronavirus cases.

Robredo blasted fake news peddlers on Tuesday, January 11, after seeing posts claiming that the Office of the Vice President’s (OVP) free teleconsultation service Bayanihan E-Konsulta was supposedly being used as a front for her campaign. 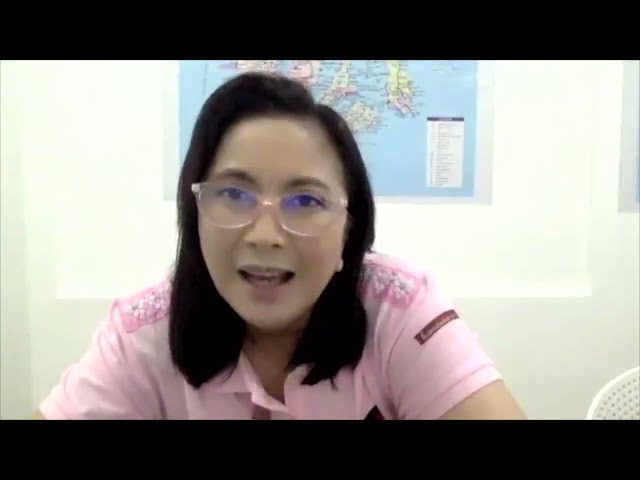 The posts were claiming that the OVP would allegedly ask for the voting precinct number whenever a person registers for a teleconsult with a volunteer doctor. This is not true.

(It’s unforgivable for them to be doing this at the time of the worst surge of the pandemic.)

(During registration, we don’t ask people about their political affiliations. We don’t ask who they will vote for in the coming elections. The data is irrelevant.)

The Bayanihan E-Konsulta, which Robredo launched in April 2021, was being attacked as the Philippines continues to a rapid surge in COVID-19 cases driven by the highly transmissible Omicron variant.

Last week, Robredo made a fresh call for medical and non-medical volunteers for Bayanihan E-Konsulta to help them cope with the increasing demand. Even volunteers were also getting infected with the virus, so the OVP needed more manpower.

To register for Bayanihan E-Konsulta, a person would have to send a message to the teleconsult service’s Messenger account. He or she will be asked to give basic personal details like full name, age, birthday, address, and occupation. Succeeding questions in the chat box will then focus on the medical condition the person wants to be checked by the doctor.

Once the registration is over, the person will be told to wait for the doctor’s call.

At no point during the registration process nor the consultation with the doctor will Bayanihan E-Konsulta ask for the person’s precinct number.

Robredo then challenged her detractors that the best way to discredit Bayanihan E-Konsulta is to come up with a better program instead.

(Perhaps they can feel that Bayanihan E-Konsulta is truly helping people so they want to discredit it. For me, they should just make a better program. That would be the best way to discredit this. But to discredit the project using fake news, that’s so unfair.)

Robredo has long been one of the primary targets of disinformation by trolls and government propagandists online, a consequence of her leading the opposition against President Rodrigo Duterte. – Rappler.com