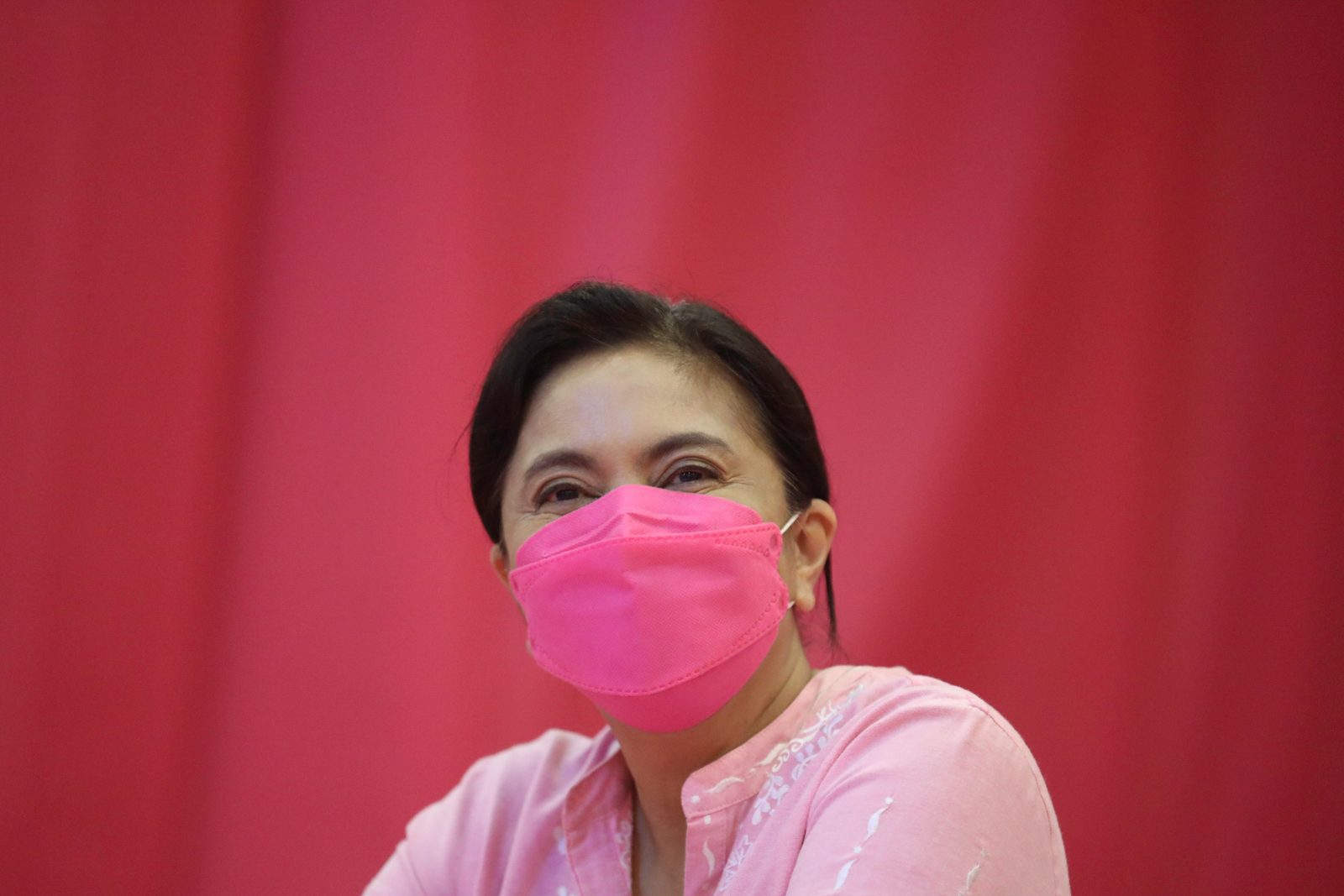 A FIGHTER. Vice President Leni Robredo meet with her supporters and volunteers from Tawi-Tawi at the Rachel's Place Hotel on January 25, 2022.

Facebook Twitter Copy URL
Copied
So why should Filipinos vote for her? Leni Robredo says her OVP stint proves she can lead with flying colors 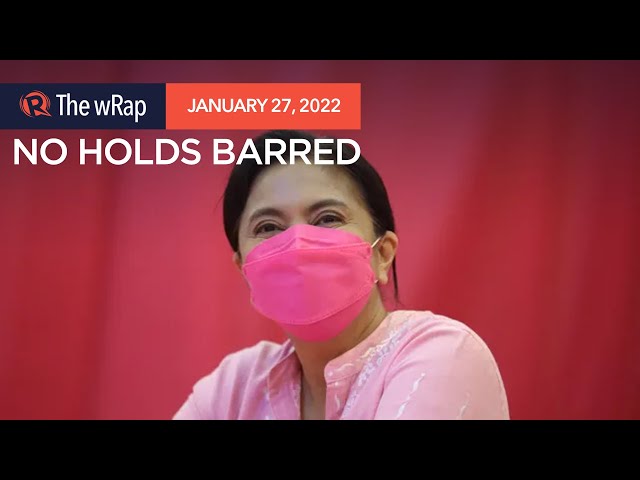 MANILA, Philippines – Lone female presidential aspirant Leni Robredo came out swinging against four of her male rivals, criticizing them in one fell swoop in a move that has surprised both her supporters and critics alike.

The Philippine Vice President and opposition leader did not mince words when entertainment host Boy Abunda asked her on Wednesday, January 26, to quickly explain why Filipinos should not vote for opponents in the political “fast talk” portion of the interview.

Asked why no vote should go to the late dictator’s son Ferdinand “Bongbong” Marcos Jr., Robredo took a swipe at him for his lies and his refusal to face media critical of his family.

(Number one, he’s a liar. Secondly, in the difficult moments, he doesn’t show up.)

Marcos, who has so far been leading pre-election surveys, is the bitter rival of Robredo, who had defeated him in the heated 2016 vice presidential contest. Marcos claimed Robredo had cheated him and challenged her victory before the Supreme Court, but the justices junked his case five years later.

The Marcos clan has also gained notoriety for using their vaunted money and machinery to revise historical accounts of the abuses under the 21-year rule of the patriarch Ferdinand Marcos Sr., whose regime was marred by killings, torture, disappearances, corruption, and media oppression.

The only son and namesake of the dictator caused a recent uproar on social media when he refused to join The Jessica Soho Presidential Interviews, claiming the respected GMA News journalist was allegedly “biased” against him. 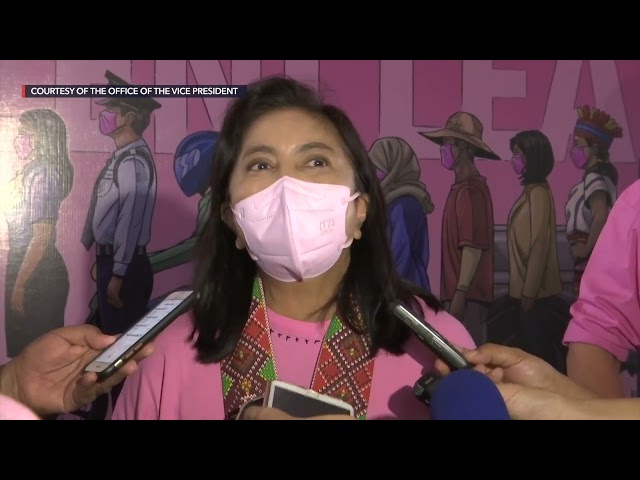 In the same interview, Robredo criticized Manila Mayor Isko Moreno for being a fence-sitter.

The wildly popular mayor’s ambivalent position towards the Marcos family had been among the chief reasons why Robredo was turned off and unity talks fell through last year.

Robredo also did not hold back against Senator Panfilo Lacson, claiming the retired police general lacks doing actual work on the ground.

“Maraming salita pero kulang sa on-the-ground na gawa (He talks a lot but he lacks work on the ground),” said the Vice President.

Lacson had served 32 years with the Philippine National Police before becoming a three-term senator. As a lawmaker, Lacson has earned a reputation for exposing the alleged pork barrel funds of legislators.

Robredo also did not hold back against Senator Manny Pacquiao, the man whom she previously said she would be voting for if she weren’t running for president.

The Vice President has praised the boxing icon turned senator for sincerity. Pacquiao was the most willing to sit down with Robredo during the unity talks last year, but both ultimately decided to push through with their own bids for Malacañang.

So why vote for Robredo?

Why then should Filipinos vote for her? Robredo said her track record at the Office of the Vice President is proof of her capability to lead and to deliver results.

(Boy, this crisis has shown – and many other crises in the past – that women leaders shine during crisis. And I have shown through our work in the OVP, we were able to surpass a lot of crises with flying colors.)

She earlier pointed to the OVP running effective anti-poverty and pandemic response programs despite its measly budget as the receipt or proof of what she can actually do if she becomes the next president.

The often underestimated Robredo has also said all the trials she faced in her life prove that courage knows no gender, as she sought to refute perceptions that her motherly image is no match to an iron fist.

Not surprisingly, Robredo’s frank remarks in the Abunda interview irked her rivals.

Among those quick to react were Lacson and Marcos, who both shied away from attacking their opponents when Abunda had asked them the same “fast talk” questions.

Lacson argued he helps Filipinos in need, but he is doing this out of the public eye.

(I am not lacking “on the ground.” I am just not an attention whore when helping people during calamities or individuals in need.)

He then said Abunda’s questions actually tests the candidates’ character, an obvious swipe at Robredo.

“What presidential aspirant Bongbong Marcos is offering to the Filipino people is his unifying brand of leadership. He does not and will not engage in negative and hateful campaigning,” Rodriguez said in a statement.

In contrast, Robredo’s supporters were initially surprised, but praised the Vice President for calling a spade a spade. They also praised her for being eloquent despite Abunda’s repeated interruptions during the interview.

“Imagine having an articulate President, with clear and concrete action plans. Someone who can confidently speak with integrity, compassion and optimism  That’s what we deserve. We deserve Leni Robredo,” said Twitter user Roj Tirona. – Rappler.com