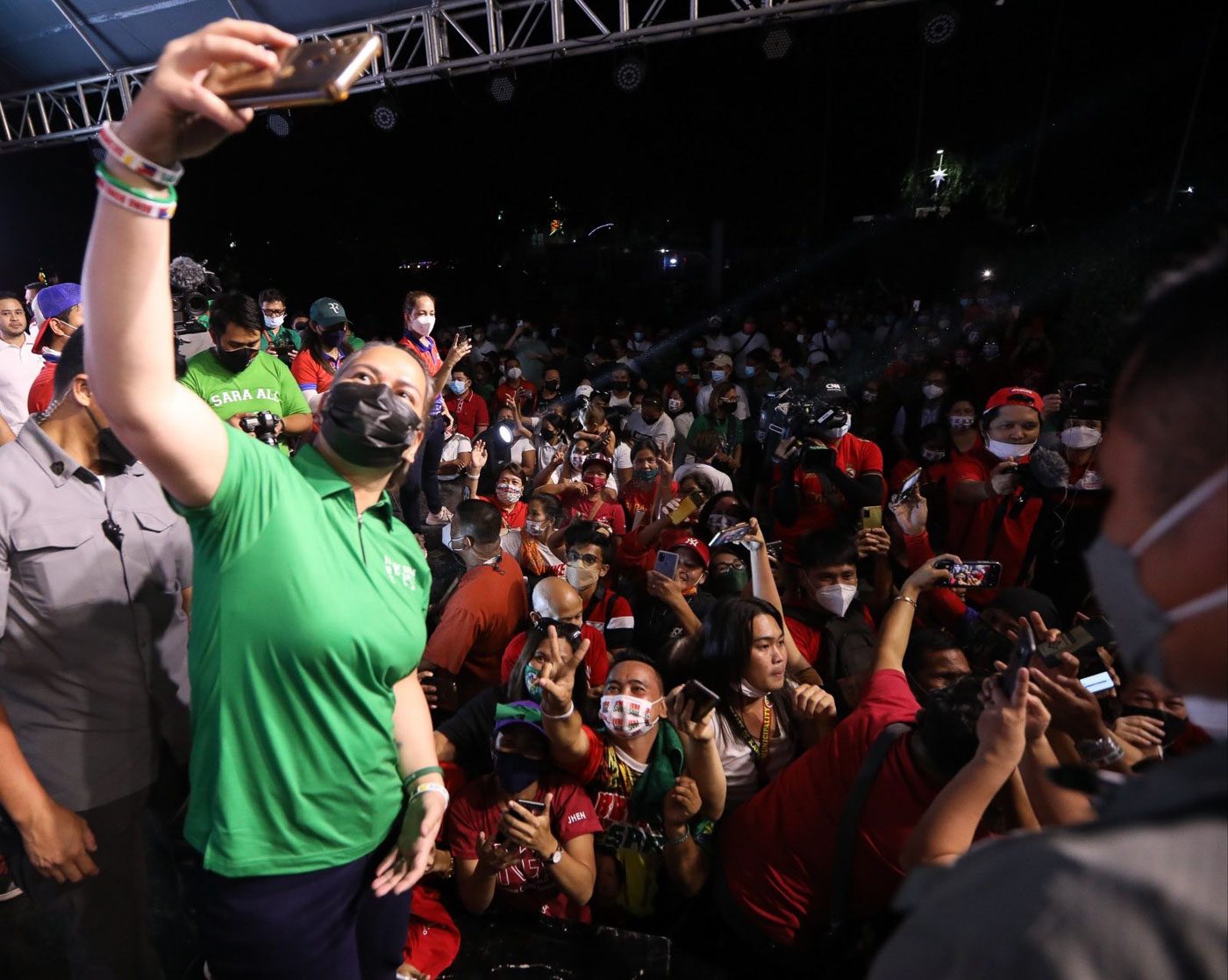 Facebook Twitter Copy URL
Copied
(1st UPDATE) The support doesn’t extend to her running mate Ferdinand Marcos Jr., but the Davao mayor’s party says the presidential candidate is fine with endorsements even if it doesn’t involve him

MANILA, Philippines – In a statement that reassured that their 2022 tandem is “confident in their mutual support for each other,” Lakas-CMD said on Monday, January 24, that party co-chair Davao Mayor Sara Duterte had met with top officials from Saranggani as they expressed “support [for her] vice presidential candidacy.”

Pacquiao is the brother of Senator Manny Pacquiao, who is running for president. But Duterte is not Senator Pacquiao’s vice presidential pick. The awarded boxer’s running mate is legislator and former Manila mayor Lito Atienza.

“The expression of support is deeply appreciated, and it affirmed the essence of the unity that the UniTeam has been trying to espouse among political parties — as a way to achieve the common goals that the UniTeam has for our country and the Filipinos,” said Lakas-CMD on the Sarangani officials’ support for Duterte.

The support, understandably, doesn’t extend to Marcos. The party, which is allied with Marcos’ Partido Federal ng Pilipinas (PFP), said Marcos was “informed about the meeting” and that the Marcos-Duterte tandem had “agreed” on the meeting with Sarangani officials. “[Marcos] himself underscored the value of ‘not turning down expressions of support’ to their candidacies — either separately or collectively as a UniTeam,” said Lakas-CMD, referring to the nickname of the tandem.

“[Marcos] and [Duterte] are confident in their mutual support for each other,” added the party, which counts House Majority Leader Martin Romualdez, Marcos’ cousin, as its president.

In the Philippines, a president and vice president are elected separately. More often than not, candidates from different parties end up occupying the two highest posts in the land. This certainly isn’t the first – or the last – endorsement that only covers one half of the so-called “UniTeam.”

PDP-Laban, the dominant party in the Philippines by name, recently announced that it was officially adopting Duterte as its vice presidential bet. President Rodrigo Duterte, Sara’s father, is chairman of PDP-Laban.

In a statement on Tuesday, January 25, Pacquiao said he had “summoned” his brother to explain the information from the Lakas-CMD press release. He said he was not consulted on his brother’s decision to endorse Duterte, adding it was important that he and the Sarangani representative were “united” in supporting his candidacy and that of his running mate, Atienza. – Rappler.com