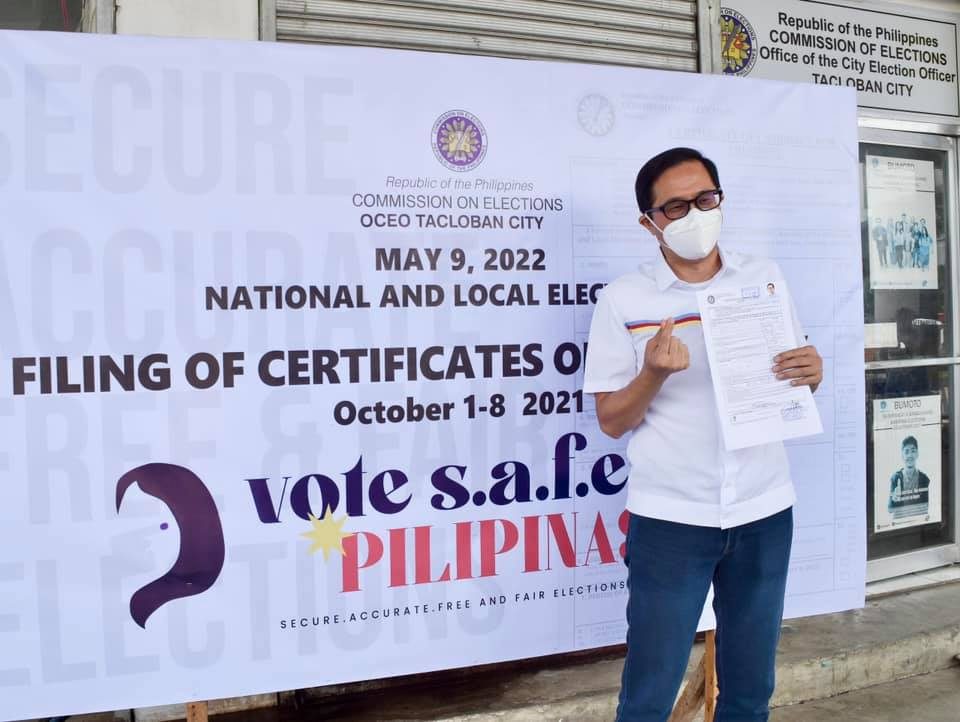 Facebook Twitter Copy URL
Copied
'We have to take the chance. There’s no guarantee of victory. But then, we have to offer an alternative,' says Vice Mayor Jerry 'Sambo' Yaokasin

Tacloban City Vice Mayor Jerry “Sambo” Yaokasin filed his certificate of candidacy (COC) for mayor on Friday, October 1, saying he wanted to “offer an alternative” to their voters.

Speaking to reporters after he filed his COC, Yaokasin said he decided to run for mayor of Tacloban to spark change in the city.

“We have to take the chance. There’s no guarantee of victory. But then, we have to offer an alternative. They said, ‘We will support you.’ And we will offer that kind of service. Hopefully, there will be change,” Yaokasin said in a mix of Waray and English.

If elected mayor, Yaokasin said he would focus on health, education, housing, and social services.

He will be running as an independent but said he was open for “adoption” and coalition.

Yaokasin was born and raised in Tacloban, and had served the city for the last 20 years, starting as barangay chief for two years, then nine years as city councilor. He is on his third consecutive term as vice mayor.

“We hope Taclobanons will give us an opportunity to lead and serve them,” he said in a statement.

Before entering politics, Yaokasin was a known local businessman and a pastor at the Tacloban Christian Church.

Mayor Alfred Romualdez and Yaokasin had closely worked on various city projects but the vice mayor recently criticized Romualdez for alleged corruption issues, including the purchase of alleged overpriced items during the pandemic.

Tacloban is a longtime political bulwark of the Romualdezes.

Romualdez, who made a comeback as mayor in 2019, had served the position for three consecutive terms, from 2007 to 2016. His wife, Cristina Gonzales-Romualdez, ran and served as mayor in 2016.  – Rappler.com