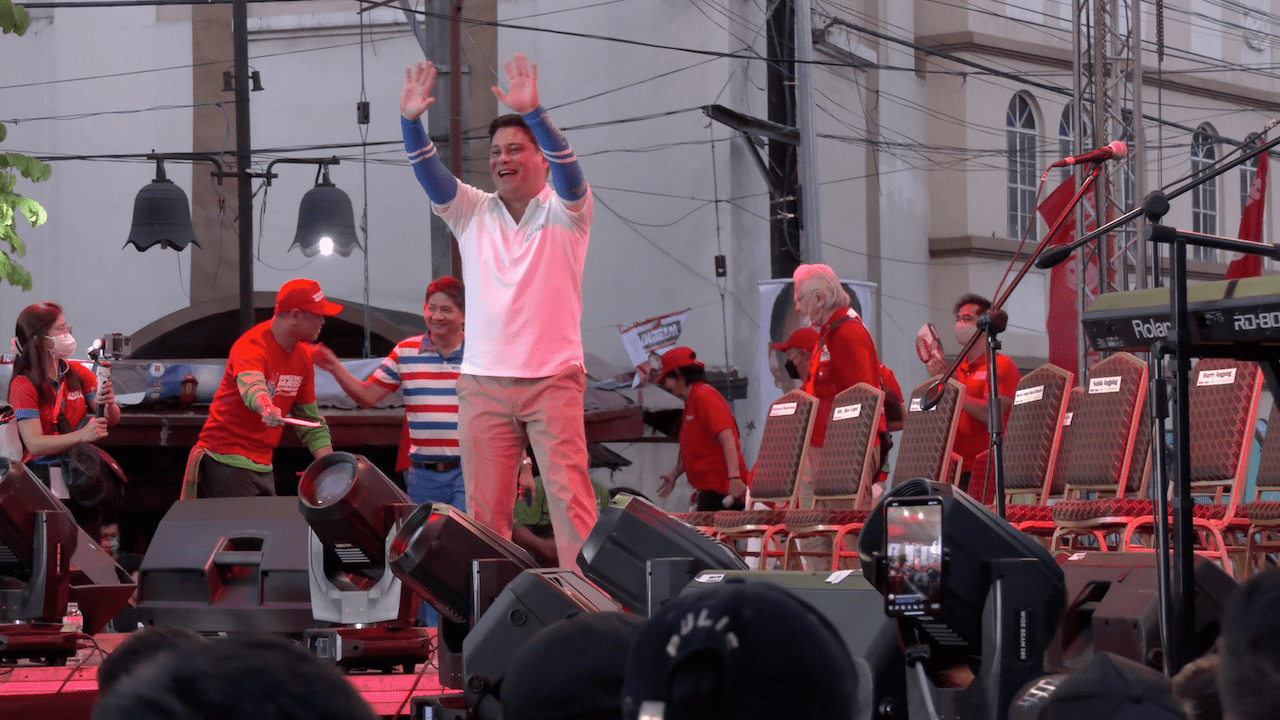 NOT A DICTATOR? In vouching for Ferdinand "Bongbong" Marcos Jr., Uniteam senatorial bet Migz Zubiri says the son won't be a dictator. 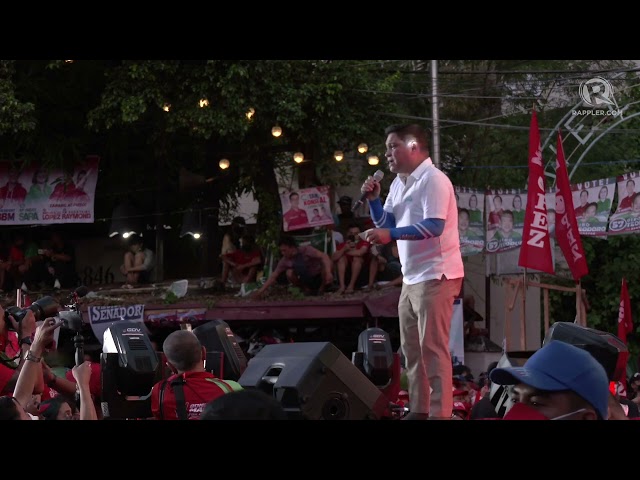 MANILA, Philippines – Mindanaoan Senator Migz Zubiri said Saturday, April 23, that Ferdinand “Bongbong” Marcos Jr. will not turn into a dictator, and in the same rally his fellow Uniteam senatorial bet dangled a media franchise in reference to shuttered ABS-CBN which was also closed during the dictatorship.

Marcos’ father and namesake Ferdinand ruled the Philippines for over two decades, the last 9 years of which under a military rule marked by media closures, gross human rights violations, incurred massive debts, and extreme poverty.

But the Marcos son, the front runner in pre-election surveys, has never apologized for his father’s bloody rule, and continues to fight government cases that seek to return to the Filipinos billions in stolen wealth.

Zubiri is still on the slate of Vice President Leni Robredo, who was holding a rally herself at the same time in neighboring Pasay City. Supporters have called Robredo to drop Zubiri from her slate.

In his speech, Zubiri said he chose Marcos because of the message of unity. “Hindi katulad ng ibang kandidato, na lagi tayong inaaway (Unlike other candidates who always pick a fight),” said Zubiri.

Reporters were barred from speaking to candidates or their spokespersons for an interview during the event because organizers kicked media out of the backstage area, moved into the side of the road and locked out by a fence.

Zubiri passed by the reporters who were waiting by the fence, but declined an interview. Like Marcos, Uniteam candidates as well as campaign spokespeople have shunned institutional media.

Before the program started, the first set of hosts gave a shoutout to vloggers and said they deliver the real news. Vloggers have been given preferential treatment in the campaign.

Saturday’s Manila rally fits into Marcos’ seeming strategy of consolidation. The National Capital Region (NCR) has 7.1 million voters, which Marcos won in the 2016 vice presidential race. In the last Pulse Asia survey, Marcos led NCR 64-17 over Robredo. Saturday’s Uniteam rally attracted a crowd of 14,000, according to the Manila Police District.

In the same rally, former human rights lawyer Harry Roque mentioned “media franchise” when he said GMA7 artist Ai Ai Delas Alas would not lose her franchise as a result of siding with Uniteam.

Delas Alas was the host of the main program.

(You picked the right side. You will not lose your franchise.)

The Duterte government has always denied that it had a hand in killing ABS-CBN’s franchise, but the moves made by the president’s allies in the lower house are widely seen as repression of critical press.

ABS-CBN was shuttered and forced to retrench thousands of workers. Delas Alas’ co-host when Roque made the remark was comedian Bayani Agbayani, a talent of ABS-CBN shows.

The last time ABS-CBN was shut was during Martial Law when the dictator Marcos ordered its closure, etched in national memory as a scene where soldiers entered a media compound.

We could not ask follow-up questions because media could not go through the steel fence, guarded by police and guards with long firearms strapped to their chests.

Marcos’ campaign manager Benhur Abalos also declined to be interviewed, according to their media coordinators.

Among the Uniteam senatorial bets is Sagip Representative Rodante Marcoleta who led ABS-CBN’s closure in the lower house – something he boasts of in his campaign speeches. Marcoleta said as it supposedly showed he could stand up to an oligarch, alluding to the business magnate Lopez family, owners of ABS-CBN.

With him in the Uniteam is former public works secretary Mark Villar, whose family firm has taken over the prized frequencies of ABS-CBN. Mark is running to join mother Cynthia in the Senate. His sister Camille is running for representative of Las Piñas City’s lone district. 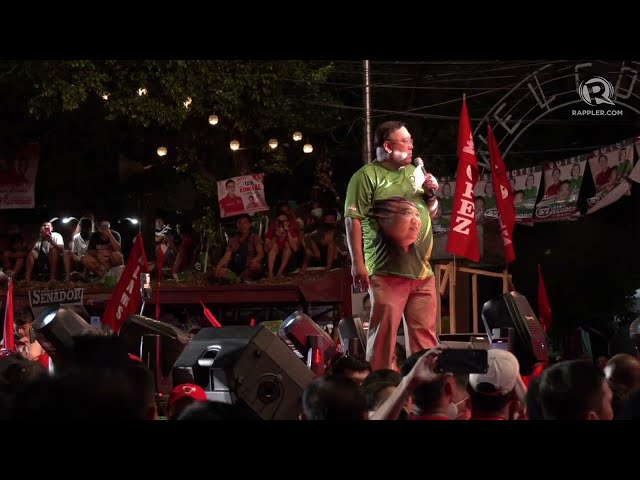