MANILA, Philippines – Just like in previous years, the House of Representatives aims to pass Malacañang’s proposed 2023 budget in less than 30 working days – from when it’s submitted to Congress, all the way to when it hurdles 3rd reading in plenary.

Speaking at a media conference on Tuesday, August 16, Marikina 2nd District Representative Stella Quimbo, who is also vice chairperson of the appropriations committee, said the majority aims for a “swift approval of an economic recovery budget aligned with the executive’s 8-point economic agenda.”

Quimbo, a member of the majority, said committee chairperson BICOL AKO Representative Elizaldy Co wants an “an effective review and expedient approval of the budget” even as legislators monitor the use of government funds. 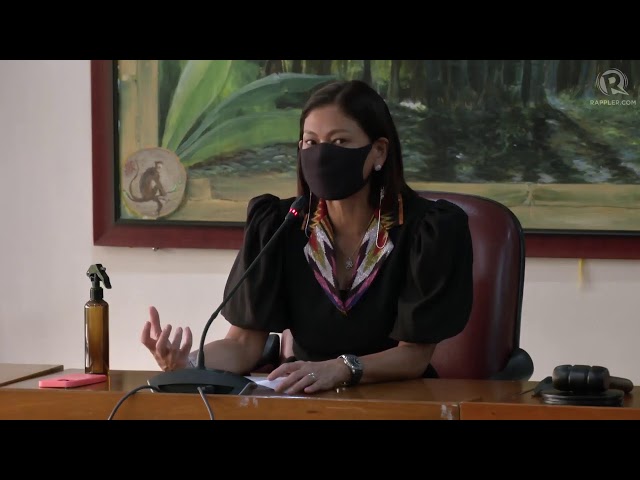 The executive, through the Department of Budget and Management, is set to submit its proposed budget plan to Congress on August 22.  The Development and Budget Coordination Committee (DBCC) will then brief legislators on the budget days later, on August 26.

Plenary debates – or discussions of the budget by the House at large during plenary session – is scheduled to begin on September 19. The House wants the budget approved by September 30 – a little over a month after it is submitted to legislators.

The National Expenditure Program (NEP) for 2023, according to DBM Secretary Amenah Pangandaman, is pegged at P5.268 trillion and is the highest proposal submitted to date.

During budget season, Congress – both the House and the Senate – conduct marathon hearings and briefings to tackle the NEP per agency. It is during these hearings where legislators quiz officials on a wide range of things – the proposed budget, how they used the previous years’ appropriations, and even on projects that affect specific legislators’ districts or constituents.

Both chambers of Congress hold these deliberations simultaneously – from the sub-committee to eventually plenary approval. The two chambers then meet at a bicameral conference in order to settle the differences between the two budget bills they approved.

It certainly is not the first time a House of admin-allied legislators pass the budget swiftly. The 18th Congress also met its self-imposed September 30 deadline back in 2021, approving the proposed budget ahead of the filing of candidacies for the 2022 polls.

Majority Leader Zamboanga City 2nd District Representative Mannix Dalipe said based on his “assessment,” the House would be able to “deliver what is expected of us,” referring to the legislative priorities of the administration of which they are allied.

“We are already coordinating closely with Malacañang and the Senate so that we will not experience the vetoing of a measure, which is a waste of time and resources,” he added.

President Ferdinand Marcos Jr has vetoed at least 4 bills since assuming office – measures that were passed under the previous Congress and administration. Press Secretary Trixie Cruz-Angeles has explained these bills were vetoed because they did not align with the current administration’s economic plan.

Quimbo, an economist, said Legislative-Executive Development Advisory Council (LEDAC), a group that counts Congressional leaders and representatives of the executive as its members, have already convened last week. The LEDAC advises the President “on certain programs and policies essential to the realization of the goals of the national economy.” It is during LEDAC meetings where, among other things, a government’s legislative agenda is aligned with the national development plan.

During the first LEDAC meeting under the Marcos administration, said Quimbo, members discussed how the President’s 19 priority legislation could be passed “swiftly.”

Quimbo also said the LEDAC “looked back” and assessed the previous Congress and what problems were found in bills that President Marcos vetoed. Of the 19 priority measures Marcos spelled out during his first State of the Nation Address, 8 were passed on 3rd reading before the 18th Congress.

While Congress and the executive branch are two of the three co-equal branches of government, in the Philippines it’s not unusual for the leaders of the two Congressional chambers to be fully allied with the President.

Philippine presidents, in fact, tend to have a supermajority in Congress. In the 19th Congress, a supermajority exists in both chambers – 20 out of 24 in the Senate are allied with the administrations while the minority in the House only has a little over 20 members.

The 19th Congress is also led by two very close allies of Marcos. In the Senate, it is Senator Miguel Zubiri who ran for reelection under the Marcos-led Uniteam alliance. In the House, Marcos’ cousin and Vice President Sara Duterte’s co-campaign manager Leyte 1st District Martin Romualdez, is Speaker of the House. – Rappler.com