Facebook Twitter Copy URL
Copied
(UPDATED) A judge in Mandaluyong City voids the search warrant of Quezon City Judge Cecilyn Burgos Villavert. Activists say Villavert is notorious for issuing search warrants that lead to the arrests of many among their ranks. 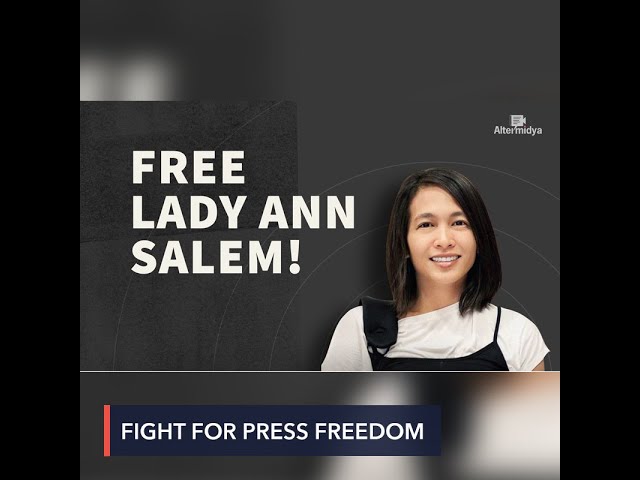 A Mandaluyong court cleared activists Lady Ann “Icy” Salem and Rodrigo Esparago of charges of illegal possession of firearms and explosives, ruling that the search warrant used to arrest them was void.

Judge Ignacio said the search warrant issued by Quezon City Judge Cecilyn Burgos Villavert was null and void, therefore the firearms and explosives allegedly seized from the condo unit of the suspects were inadmissible evidence.

Salem, editor of red-tagged alternative publication Manila Today, and Esparago, a trade unionist, were among the 7 people arrested on Human Rights Day on December 10, 2020.

Judge Villavert of Quezon City is notorious to activists for issuing search warrants that have led to the arrests of many among their ranks since November 2019.

Among those arrested in a warrant issued by Villavert was Reina Mae Nasino, the young mother of baby River Nasino. The infant’s death highlighted the gaps of the country’s justice system.

In her ruling, Judge Ignacio of Mandaluyong said the search warrant was vague and allowed the raiding teams to grab all they wanted, resulting in a “fishing expedition.”

The constitutional right against illegal searches and seizures requires that search warrants be as specific as they can be.

Judge Ignacio also found glaring inconsistencies in the sworn affidavits and testimonies of the informants, upon whom the application for the search warrant was based.

For example, the informants claimed to seeing Salem and Esparago taking photos of their guns to encode them on the laptops of the suspects. But their recollections of the informants on who did which differed as the hearings progressed.

“All told, there being numerous inconsistencies and contradictions, the testimonies of the foregoing witnesses cannot be given full faith and credence,” said Judge Ignacio in her ruling.

“And since the sole basis of the issuance of the search warrants were their sworn statements and testimonies, the Court finds that probable cause was not sufficiently established,” the judge said. (READ: ‘Human Rights 7’ cases question ‘warrant factory’ and writs doctrine in Supreme Court)

Supreme Court rules allow the top judges of Manila and Quezon City to issue search warrants outside of their jurisdictions, which the police preferred in their crackdown that led to the arrest of around 58 activists in Manila and Bacolod in 2019.

The search warrants in the 2019 crackdown all came fromVillavert. Once the main cases against activists were lodged in their proper jurisdictions, those judges had the chance to review all facts, including the validity of the search and the search warrant.

This did not happen for Nasino, because her first judge in Manila, Judge Marivic Balisi-Umali refused to subpoena the search application records from Villavert. Nasino is still on trial.

Salem and Esparago are expected to be released soon. The lawyers received the ruling late Friday.

The Public Interest Law Center (PILC), Salem and Esparago’s lawyers, said that “the dismissal of charges clearly demolishes the Duterte government’s vilification and red-tagging campaign against the Human Rights Day 7.

“It is a severe blow to the NTF-ELCAC, which claimed the arrests as a victory in the anti-insurgency campaign. The nail in the coffin is the dismissal of the cases, exposing not just faulty police work but vicious political persecution,” said the PILC. – Rappler.com