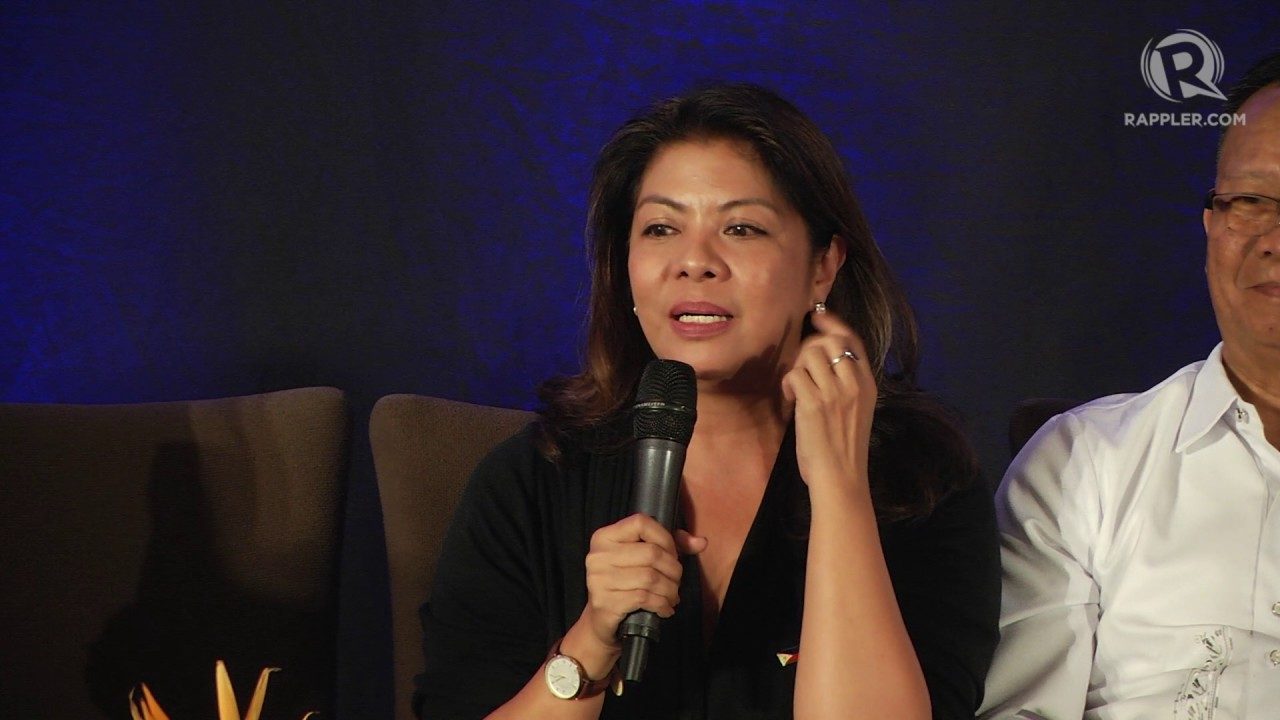 Facebook Twitter Copy URL
Copied
(1st UPDATE) The Philippine Judges Association calls on the administration leadership to declare that 'in no time under its watch, will democracy be imperiled by an irresponsible and unfounded assault on a trial judge'

Hukom, a registered organization of first level and second level judges, said on Saturday, September 24, that “we cannot rest easy and accept them as normal and ordinary.”

After Malagar junked the four-year-old proscription case to judicially declare the Communist Party of the Philippines-New Peoples’ Army (CPP-NPA) as terrorist, Badoy went on her usual red-tagging spree, calling the judge “friend and defender” of the CPP-NPA.

Badoy also wrote in her original post that “if I kill this judge and I do so out of my political belief that all allies of the CPP NPA NDF must be killed because there is no difference in my mind between a member of the CPP NPA NDF and their friends, then please be lenient with me.” Badoy later denied making that statement, and the post was no longer in her timeline.

But many in the legal profession saw it, pushing them to pool heads to come up with an appropriate response. The first response came from the most unlikely: judges themselves.

Silent no more. Prompted by “attacks on the rule of law,” judges speak out vs red tagging of Judge Malagar. Hukom, an org of first level & 2nd level judges, says they’re breaking usual silence because “we cannot rest easy & accept them as normal.”

“Let us refuse to be victims” pic.twitter.com/VDRsVPWM16

“We, members of the court, have often kept silent whenever our decisions came under attack. We have chosen to let our decisions speak on our behalf, aware that judicial remedies are available for the parties affected,” said Hukom.

“Recent events, however, have magnified the effect of criticisms on the judiciary…threats of physical harm are unabashedly posted on social media without consideration for the law and public order,” the statement said.

The Philippine Judges Association, also in a statement, deplored the “undeserved vilification, red-tagging and life-endangerment of a member of the judiciary.” It called on the administration leadership to declare that “in no time under its watch, will democracy be imperiled by an irresponsible and unfounded assault on a trial judge.”

The PJA “upholds the rule of law and not the rule of men,” the statement said. Judges, according to PJA, also have protected constitutional rights, and “personal attacks and threats against them and the judiciary should never be tolerated.” Government offices and private organizations, it said, should see to it that “actions of their members are legal, moral and form part of the acts of a civilized society.”

Any “unfounded assault on a judge in whatever form or manner is an assault on democracy.”

In her newer posts, Badoy has also red-tagged Malagar’s husband, who is also a lawyer. Hukom described Malagar as “a much respected, upright, and competent judge.”

Malagar, a Boholano, is an Atenean lawyer who worked in private practice and the Supreme Court before becoming a judge.

Malagar is the second judge in a year to be blatantly red-tagged. Judge Monique Quisumbing-Ignacio of Mandaluyong was red-tagged in a tarpaulin along EDSA last year after she freed two activists.

The red-tagging of Ignacio was among the factors that moved the Supreme Court to respond to pressure and issue a rare statement vowing to protect judges and lawyers. It came amid an alarming increase in killings in the profession, the casualty toll at 66 only within the six years of former president Rodrigo Duterte.

The Supreme Court promised institutional changes, but has not reported back to the public what those changes would be. Ignacio was also given “some concessions” from the High Court afterwards, believed to be increased security.

“These acts must be called out because of their chilling effect on the exercise of our judicial functions and the lasting damage they cause to our institution,” said Hukom.

Malagar junked the proscription case against the CPP-NPA, a case filed by the Vitaliano Aguirre era justice department, seeking to declare as terrorists more than 600 people, including known human rights defenders. During the time of former justice secretary Menardo Guevarra, the list was trimmed down until it became only two.

Judge Malagar junked the case that used the old Human Security Act, repealed by the Anti- Terrorism Act, which is feared even more.

Red-tagging became so intense under the administration of Rodrigo Duterte, Badoy’s boss, that lawyers resorted to creative suits to try and exact accountability because there is no law that makes red-tagging per se a crime. Badoy is the defendant in those suits.

“As members of the Bench, we call on our fellow judges: let us refuse to be victims. Let us not normalize the use of violence against persons as a form of redress by being silent,” said Hukom. – Rappler.com