US Vice President Kamala Harris speaks with Philippines President Ferdinand Marcos Jr at the Malacanang palace, during her state visit on November 21, 2022.

Facebook Twitter Copy URL
Copied
The White House says Vice President Kamala Harris also stressed 'the importance of bolstering democratic principles,' and the commitment of the Biden-Harris administration to strengthen US ties with the Philippines

“The Vice President underscored the importance of respect for human rights, including freedom of expression and freedom of the press, and the importance of bolstering democratic principles,” the White House said in a readout of Harris’ meeting with Marcos in Malacañang on Monday, November 21.

Malacañang has yet to release details of the meeting, outside of press releases from the opening remarks, which were streamed live via state-run RTVM.

After opening statements from Marcos and Harris, journalists – Manila-based media covering Malacañang and those embedded with the US Vice President – were escorted out of the meeting area.

The note was a minor one – and the White House didn’t expound on the discussion unlike their notes on talks about defense, economic partnership, food security, and energy – but it comes just as the United Nations Human Rights Council (UN HRC) called on the Marcos administration to address violations and issues left behind by his predecessor, Rodrigo Duterte.

“They also discussed our nations’ shared democratic values and the importance of respect for human rights,” said the White House’s readout from the vice presidents’ meeting.

Notes released by the Philippines’ Office of the Vice President made no mention of human rights discussions.

Recommendations from the UNHRC stem from the universal period review (UPR) of the Philippines’ human rights record.

At least 11 member-states called on the Marcos administration to address extrajudicial killings under Duterte’s bloody campaign against illegal drugs.

The Philippine government has said that 6,252 individuals were killed in police operations from July 2016 to May 2022. Human rights groups estimate that up to 30,000 people were killed vigilante-style in the name of Duterte’s “war on drugs.”

Marcos is considered an ally of the former president, although Duterte did not explicitly endorse his candidacy in 2022.

Both Marcos and Sara Duterte were considered continuity candidates in the 2022 election cycle, with both making promises – from the vague to concrete – to continue the older Duterte’s policies, including the controversial ones.

Thus far, it’s been a mixed bag. Marcos has said that while he thinks the “drug war” must continue, his government would take a “slightly” different approach.

The younger Duterte, meanwhile said she wants “strengthened” law enforcement but did not go into details. But just like her father, Vice President Duterte has doubled down on red-tagging progressive activists and lawmakers.

Harris is in the Philippines for a quick visit, from November 20 to 22, on the heels of her participation in the Asia-Pacific Economic Cooperation Summit in Bangkok.

Both Harris and US President Joe Biden recently spent a lot of time in Southeast Asia to join various summits, as part of the superpower’s move to improve relations with the Indo-Pacific.

Aside from meetings with Marcos and Duterte, Harris met with women leaders and activists in Manila. On her last day in the Philippines, she will visit Puerto Princesa in Palawan, a city close to the contested areas of the South China Sea or the West Philippine Sea. 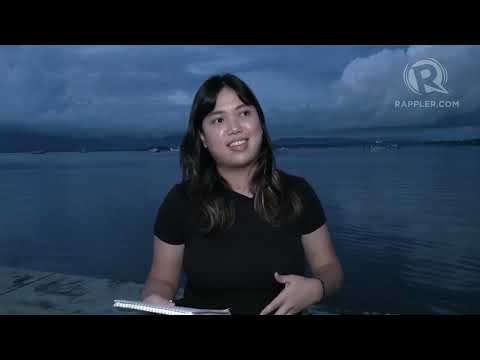 The Philippines and the US are long-time treaty allies although relations have gone through ups and downs in recent years.

Ties with the US were tested during the Duterte administration, with the then-president overtly rejecting and openly lambasting traditional allies from the Global North, and even hurling expletives at then-US president Barack Obama and the US State Department over their criticism of his bloody drug war. Duterte announced a “pivot to China” during his administration.

The new Marcos administration has been reestablishing Manila’s ties to Washington, with Marcos reiterating on November 21 that he does “not see a future for the Philippines that does not include the United States.”

But he has also kept close ties with China thus far, and is set to visit Beijing for a state visit in January 2023 – his first state visit outside Southeast Asia. – Rappler.com