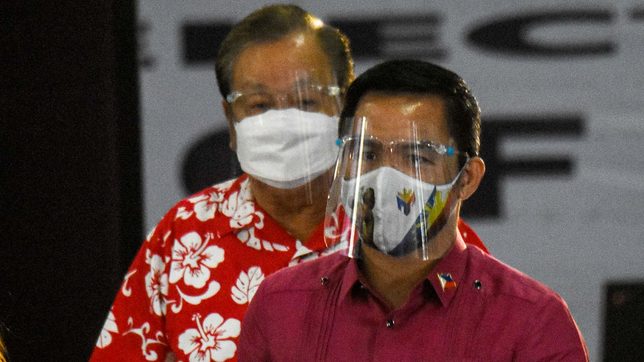 Atienza arrived at the filing venue with Pacquiao on Friday, October 1 and promptly filed for his certificate of candidacy as vice president. (READ: First presidential bet to file candidacy: Manny Pacquiao)

The Pacquiao camp has been silent on who the senator’s running mate for the 2022 election will be, as he was reportedly still in talks with 1Sambayan until the very last minute.

Both are staunch religious advocates. Atienza is representative of Buhay party list, a pro-life party. Like Pacquiao, Atienza opposed the divorce and anti-discrimination bills.

But Pacquiao and Atienza have opposing views on the death penalty. Atienza, as a representative of a pro-life party, is against capital punishment.

A seasoned politician, Atienza served as Manila mayor for three terms – from 1998 to 2007. He was also environment and natural resources secretary under the administration of former president Gloria Macapagal Arroyo. – Rappler.com

Atienza says a VP should not publicly criticize the president

Atienza: If you’re not voting for Manny Pacquiao, don’t vote for me as VP