MANILA, Philippines – All eyes are on what the Commission on Human Rights (CHR) would look like under President Ferdinand Marcos Jr., but the long wait for new appointees has proven to be nerve-wracking for human rights advocates and organizations.

Carlos Conde, senior Philippine researcher at Human Rights Watch (HRW), said the long wait can either indicate a general lack of priority or that he’s being strategic in terms of his possible appointees at the CHR.

Marcos did not tackle human rights and accountability during his first State of the Nation Address on July 25, even if these issues have hounded the Philippines for years now, especially during the administration of former president Rodrigo Duterte.

“Human rights is just not a priority issue [for Marcos] and that might explain why they’re taking their time, but also again, I think they’re trying to have a better sense of what the public response would be if they appoint people at the CHR who might not be agreeable,” Conde told Rappler on Monday, August 1.

“If he is confident about the kind of people he will appoint and if he’s confident that they’re good in human rights, he [would have] appointed them a long time ago,” he added.

CHR was established under the 1987 Philippine Constitution as a response to the atrocities committed under the rule of Marcos’ father, the late dictator Ferdinand E. Marcos.

Its en banc is composed of one chairperson and four commissioners who must all be natural-born citizens of the Philippines while a majority should be lawyers. CHR appointees also do not go through the Commission on Appointments.

“Due to the lack of transparency, there is much worry in the human rights movement that there are political trading or concessions going on with respect to the appointment of CHR officials,” Carlos said. 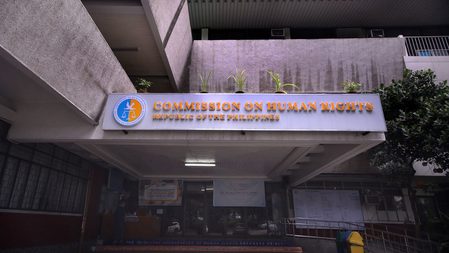 Direction of the new CHR important

Human rights groups and advocates are anything but silent on the need for an independent and strong CHR, especially as the Philippines continues to suffer from a culture of impunity following the “worst human rights crisis” under the Duterte administration.

The new appointees, after all, will set straight the priorities and direction of CHR in the next seven years, or until 2029.

The new CHR leadership has to deal with investigating the thousands of killings under Duterte’s war on drugs and other alleged violations since 2016. Under Duterte, the commission was heavily demonized and had faced challenges in the conduct of its work, including difficulties in obtaining cooperation from agencies involved in the drug war.

The ongoing probe by the International Criminal Court’s Office of the Prosecutor also makes it more important to have an institution that will not be subservient, especially as the subject of the investigation is the flagship program of Marcos’ key allies and the father of Vice President Sara Duterte.

CHR is currently led by its executive director Jacqueline de Guia, who has been with the commission since 2008. Sources privy to internal operations of CHR describe De Guia as competent and as someone who has proved to be a valuable asset over the 14 years she has worked there.

Pending new appointments, De Guia told Rappler that the commission continues to function “effectively and efficiently” in accordance with its constitutional mandate.

“The delivery of services such as investigations, jail visitations; human rights trainings, and advocacies remain unhampered,” she told Rappler.

“We do look forward to an independent, credible and pluralistic chairperson and commissioners who will lay down the policy and direction of the sixth commission’s human rights agenda,” De Guia added.

But Carlos of PAHRA is worried that a CHR without a new set of commissioners and chairperson “does not have the full strength of independence” that might make it more difficult to take a firm stand against Marcos’ problematic moves, including his recent decision not to rejoin the International Criminal Court.

“The executive director and directors belong to the public service bureaucracy and will be hesitant to make strong stands if the CHR needs to counterbalance policies and actions of the government that contradict human rights standards, principles, and values,” he said. – Rappler.com