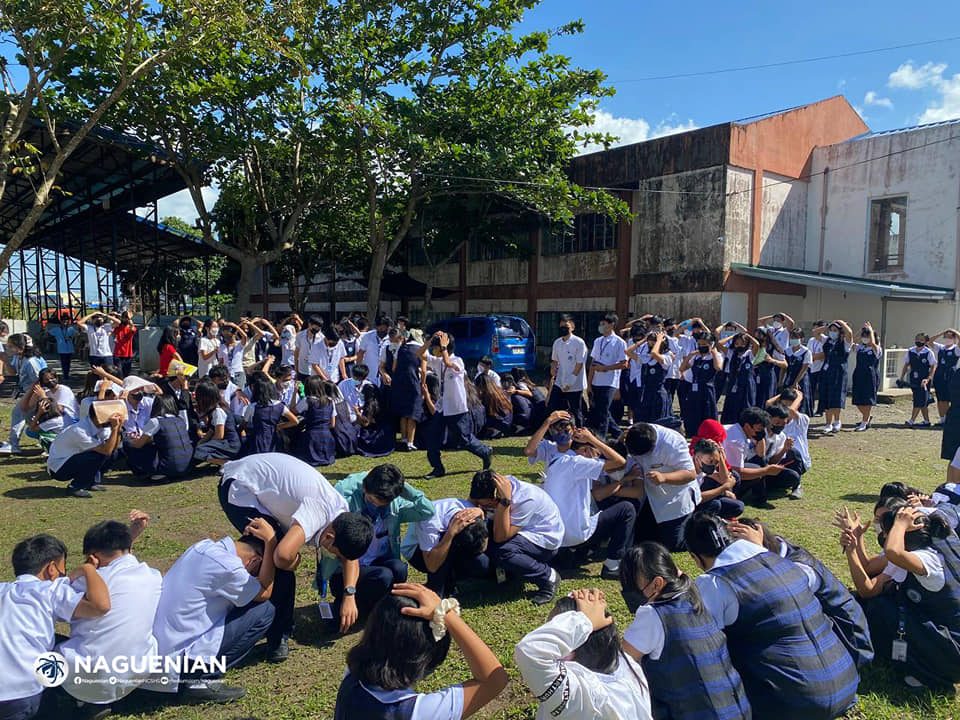 NOT A DRILL. Students gather on the grounds of the Naga City Science High School after evacuating on December 7 as a magnitude 5.3 quake that struck Camarines Norte was also felt in their area.

The agency’s 5 pm situation report said there were no casualties or major injuries. But medical teams treated several students who suffered fainting spells and a spike in their blood pressure in Vinzons Pilot High School and San Roque National High School in Mercedes town, the report said.

Four barangays in Mercedes town also reported that 40 persons suffered panic attacks when the quake hit at 1:05 pm while members of their barangay disaster teams were in planning sessions, the report added.

The Philippine Institute of Volcanology and Seismology (Phivolcs) said quake of tectonic origin occured at a depth of one kilometer.

In general, however, schools in the province showed photos of swift but orderly evacuations of hundreds of students.

The Mabini Colleges High School Department in Daet town posted a video of students streaming out of buildings to the designated safe area.

The Naguenian, the official school publication of the Naga City Science High School said students executed the duck, cover, and hold position and then proceeded to their assigned evacuation areas.

While most damage to buildings were reported as minor, the PDRRMO said inspections would continue to ensure the safety of occupants. There was no word yet of further cancellation of classes in the province as of 8 pm. – Rappler.com