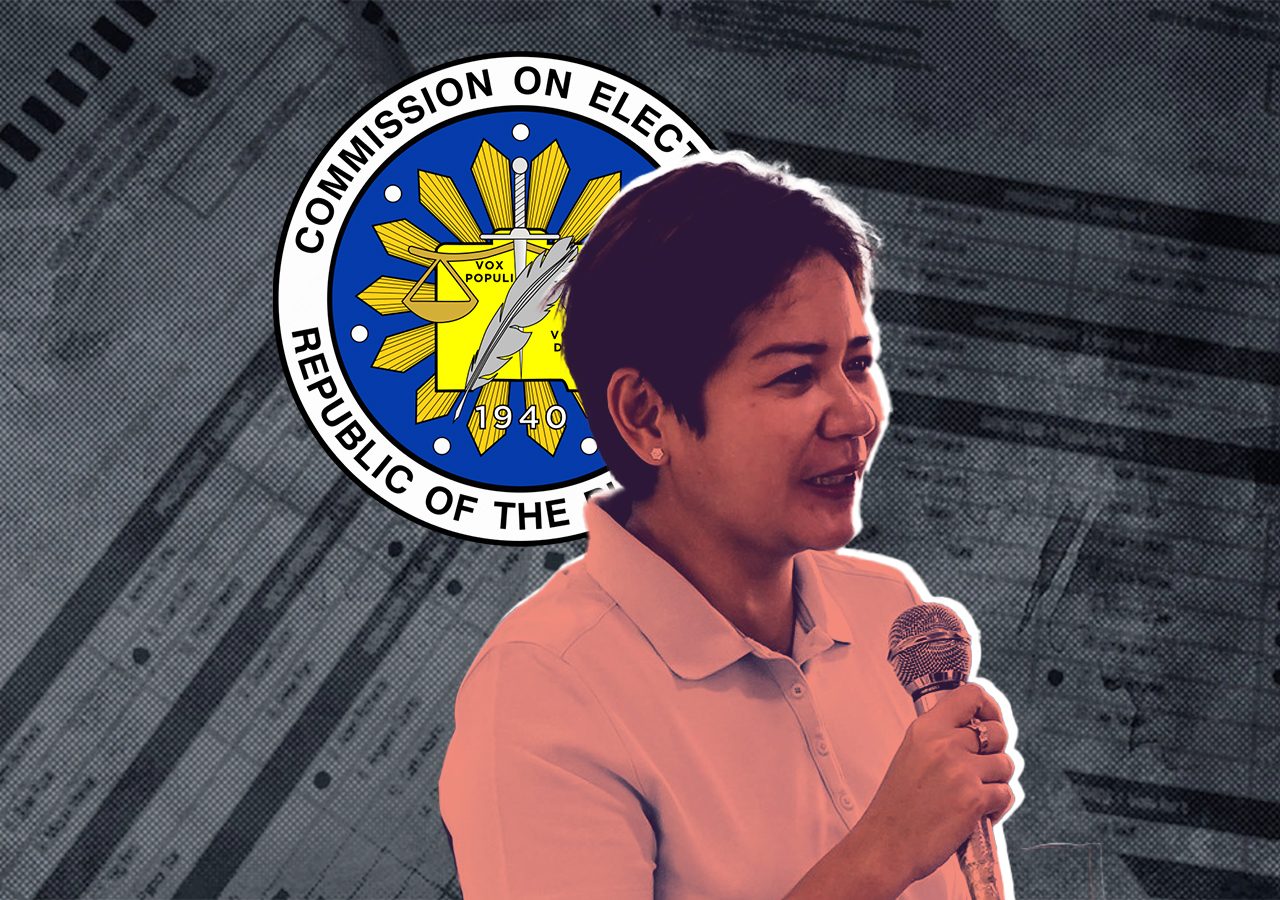 MANILA, Philippines – A division of the Commission on Elections (Comelec) disqualified Legazpi City Mayor Carmen Geraldine Rosal in Albay from the local race she had won in May for committing an election offense in connection with the illegal release of public funds during the campaign period.

The ruling, issued by the Comelec’s 2nd Division on Tuesday, October 4, came over two weeks after the 1st Division also disqualified her husband, Albay Governor Noel Rosal, from the recently concluded gubernatorial election.

The resolution is not final and executory, as Geraldine can still appeal her case to the Comelec en banc. If she loses there, she can also make one last Hail Mary to the Supreme Court.

Like her husband, Geraldine faced the consequences of a controversial cash assistance payout to tricycle drivers and senior citizens in March to April, coinciding with the 45-day ban on the release of public funds.

At the time, Noel was still only a gubernatorial candidate who approved the financial aid rollout in Legazpi City in his capacity as its incumbent mayor.

Geraldine, meanwhile, was running in an attempt to succeed her husband in city hall. While she was not in public office, Section 263 of the Omnibus Election Code also finds accomplices and accessories to a crime liable for election offenses.

The poll body believes Geraldine benefited from the illegal disbursement of public funds, based on pieces of evidence considered by the commission.

It said that based on Facebook posts and statements from tricycle drivers, their event made the impression that the cash rollout – sourced from local government unit (LGU) funds – was a sponsored event by the couple and other political allies.

“Respondent performed an overt act to make it appear she is one with the LGU; worse, with her husband, who was then the incumbent mayor at the time of the ‘cash payout event.’ Her mere presence during the distribution of cash assistance rendered moral assistance to the LGU,” the ruling signed by commissioners Marlon Casquejo and Rey Bulay read.

The Comelec body added that the Legazpi city government should have sought a certificate of exemption for social welfare projects from the poll body at the time if it really wanted to conduct a cash assistance rollout during the 45-day spending ban.

If Geraldine files a motion for reconsideration, her case will be reviewed in the en banc, where commissioners who didn’t handle the case will get to have a vote on the matter.

Without a final ruling, Geraldine remains mayor of the Albay capital.

Last May, Geraldine defeated in a tight mayoral race her closest rival, then-Ako Bicol representative Alfredo Garbin Jr., with a winning margin of less than 1,000 votes.

Undermining ‘the will of the people’

Father Rex Paul Arjona, parish priest of St. Roch Parish, Taysan, Legazpi City, lamented how the disqualification cases against the Rosal couple undermined the will of the electorate.

“Beyond the legal arguments, these recent political controversies are an indictment of our broken electoral system and how it is so easy to undermine the will of the people,” Arjona told Rappler.

“We all know the massive disinformation and vote buying in the last election, and now these disqualification cases,” said Arjona, formerly executive director of the Social Action Center of the Diocese of Legazpi.

He added: “The sad thing is when vested interests play their power games, it is the lowly masses that bear the brunt of political instability, divisiveness, and corruption.” – with a report from  Rhaydz B. Barcia/Rappler.com