‘Eye on the ball’: Isko says there will be no change in his campaign strategy 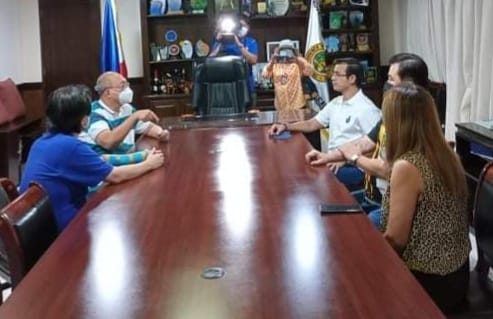 ZAMBOANGA SIBUGAY, Philippines – Presidential candidate and Manila Mayor Isko Moreno brushed aside the latest Pulse Asia survey results that showed him still trailing behind in the ratings, saying he would continue campaigning with his eye on the ball.

There will be no change in the Aksyon Demokratiko ticket’s strategy, he said.

Moreno said this as he continued the second day of his Zamboanga Peninsula region sorties along with his running mate Dr. Willie Ong and senatorial candidates under their ticket.

The Manila mayor arrived on Thursday, April 7, and met with Mayor Anamel Olegario of Ipil, the capital of Zamboanga Sibugay, and Governor Wilter Palma for over an hour before a town hall meeting at the Kabasalan Gymnasium where he was welcomed by Mayor Katrina Balladares.

He said he was unfazed by the survey results and was leaving his fate in the hands of Filipino voters. “It’s the people who made me what I am today. They will be the judge.”

Moreno said there was nothing in his and his ticket’s campaign that they would change, and that they would continue with their town hall meetings and in bringing themselves to people, and not the other way around.

“Kami ang pumupunta sa mga tao (We are the ones going to the people). It has always been like that,” he said.

Moreno said he, Ong, and their senatorial ticket were scheduled to go to outlying areas and reach out to as many voters as possible during the remaining weeks of the campaign.

But he welcomed the Pulse Asia survey results for March that showed him increasing his rating in Mindanao to 9% in March from 8% in February.

Moreno said he and the other candidates were encouraged by how people welcomed them during their sorties in Mindanao.

But he said there were still many areas that they needed to visit and people to reach, and that is why they would continue their regional sorties. – Rappler.com