Facebook Twitter Copy URL
Copied
'Federalism or not, charter change or not, he (President Ferdinand Marcos Jr.) has to step down in 2028,' says PDP-Laban Pimentel wing secretary-general Manuel Jaudian

“Federalism or not, charter change or not, he (Marcos) has to step down in 2028,” Dr. Manuel Jaudian, the Cagayan de Oro-based secretary-general of the Pimentel-led faction of the PDP-Laban, told Rappler on Monday, August 1.

The group of federalism advocates, according to Jaudian, has taken the position that any attempt aimed at changing provisions in the 1987 Constitution to allow a shift to a federal form of government should include a guarantee that Marcos and those who approve it would not prolong their stay in power after the next presidential elections.

The PDP-Laban, which was the ruling party until last month, was at the forefront of the movement for charter change to enable a shift to a federal system during the six-year administration of former president and party chairman Rodrigo Duterte.

Although Duterte professed to be a federalism advocate and promised the shift during his successful 2016 presidential campaign, he announced midway through his term that he was no longer pursuing it because his administration supposedly ran out of time.

A power struggle between two factions of the PDP-Laban resulted in a legal battle after former energy secretary Alfonso Cusi led a group that ousted former senator Manny Pacquiao as party president, and Pimentel as executive vice chairman in 2021.

Pimentel, whose father and namesake Aquilino Jr. founded the party, has appealed a Commission on Elections (Comelec) ruling that recognized the Cusi-led faction as legitimate. He said they were prepared to elevate the case to the Supreme Court.

The senator said the PDP-Laban faction, which he leads, would pursue its push for a federal form of government but would oppose attempts to insert proposals that have nothing to do with its federalism advocacy.

“Huwag ‘yon (Not that),” he said of an amendment that would lift term limits provided for in the 1987 Constitution. 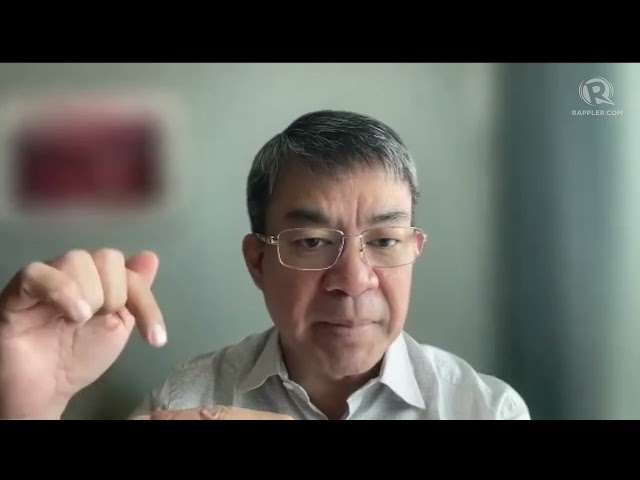 Pimentel said he and his group would strongly oppose attempts to “hijack” moves to change the form of government.

The PDP-Laban, he said, has always advocated a federal structure to enhance local autonomy and enable the government to address the country’s basic problems.

Jaudian, meanwhile, said the group was open to amending the Constitution for a federalism shift, but would insist on a transitory period and provision that would ban Marcos from getting elected to lead the country after 2028.

“He can be an elderly statesman by then, but not govern after his term as president is over. None of the amendments should benefit him politically,” Jaudian said. – Rappler.com