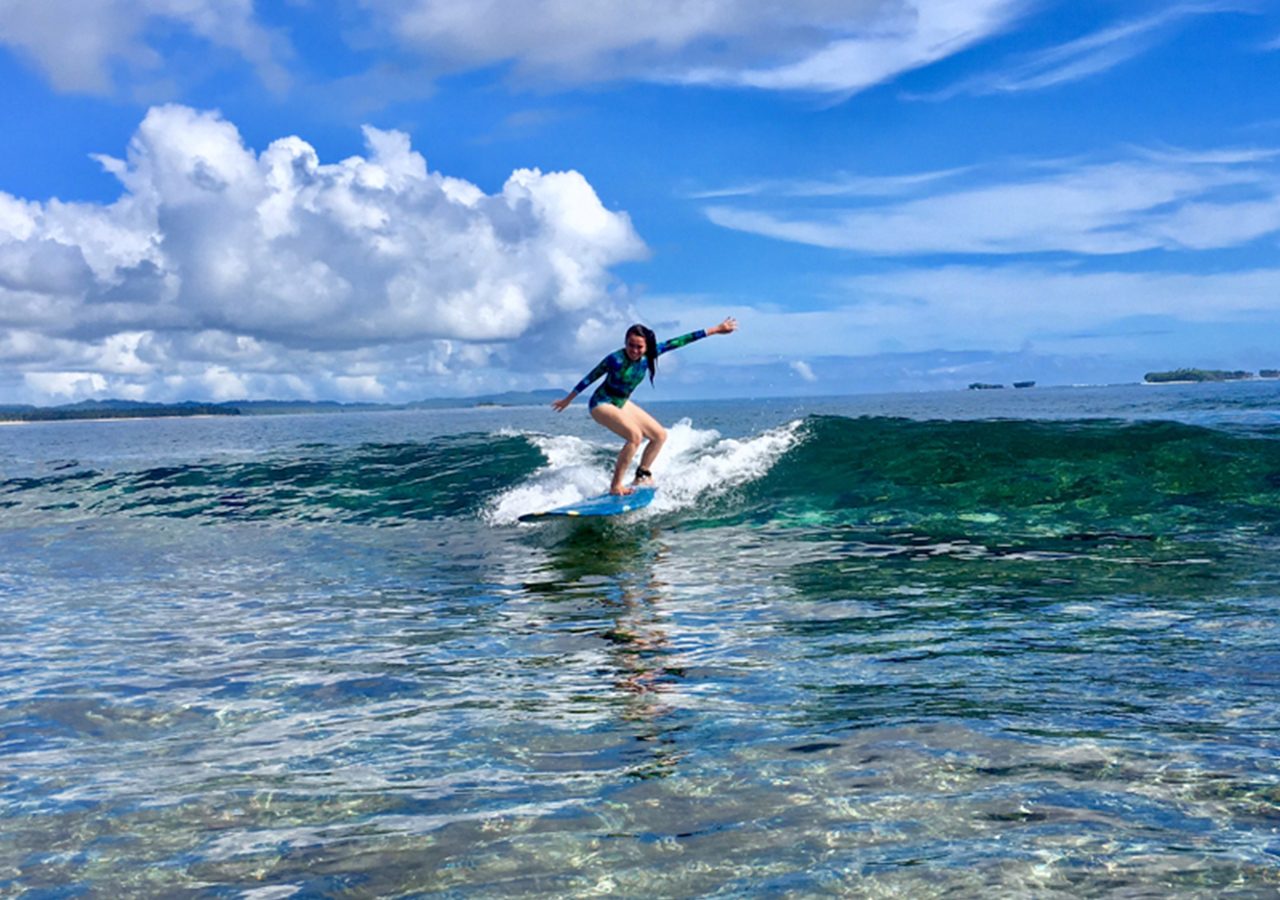 Now, two bickering political families in Surigao del Norte are blaming each other for the cancellation of the 2nd and 3rd legs of the national competition in the country’s surfing capital.

“It was simply a matter of securing a mayor’s permit. How difficult was that?” Surigao del Norte 1st District Representative Francisco Jose “Bingo” Matugas II told Rappler on Sunday, October 9.

The permit would have come from Matugas’ mother Sol, a former Surigao del Norte governor who is now the mayor of General Luna town on Siargao Island.

Governor Barbers called it “sabotage,” and blamed the Matugases for the decision to call off the October 5-13 surfing events, saying it had to be done to avoid surfers from getting caught further in the political crossfires.

Barbers said the capitol has lined up programs to help General Luna residents and boost Siargao tourism “but they (Matugases) won’t allow me.”

Barbers’ announcement about the cancellation on Wednesday, October 5, came before authorities could serve a Temporary Restraining Order (TRO) secured by General Luna town officials from a court in Surigao del Norte.

As a result, the United Philippine Surfing Association (UPSA), the national governing body of professional surfing in the country, announced that it has moved the 2nd and 3rd legs of the Pilipinas Surfing Nationals from Siargao Island to Aurora and Eastern Samar.

“We did our best to give everyone a platform in Siargao to promote their talents and skills at a national level. The decision to cancel was a tough one, but – due to a series of unfortunate events – necessary. We honor and respect that final decision,” read part of the statement of UPSA president Jose Raul Canlas.

Canlas said the 2nd leg would be held in Baler in Aurora from October 26 to 31, while the 3rd leg was scheduled in Borongan, Eastern Samar from November 26 to December 3.

The first leg of the surfing competition though – the UPSA-sanctioned 1st Mayor Sol (Matugas) National Surfing Competition – pushed through from September 28 to October 4, and the town government’s International Surfing Cup would be staged this week until October 21.

The latter would be a feeder to the international competition, the 2022 World Surfing League.

“What is wrong with surfing?” Robert Ace told reporters.

He said the Matugases merely made the absence of a mayor’s permit an excuse, calling it absurd.

“Where in the country can you find a governor asking for a permit from a municipality? Why do they insist on a permit that they (Matugases) did not secure before when they were in the capitol, and when no one is practicing it?” the congressman said.

The two families had forged a political alliance in the 1995 elections, but had a falling out in 1998, a rift that widened and defined Surigao del Norte politics for two decades.

For 24 years, the Barbers and Matugases have been trying to outdo and beat each other in the elections.

Matugas’ father Francisco’s attempt to secure another term as Surigao del Norte governor in May was frustrated by Robert Lyndon who succeeded in making a comeback. Like Ace, Lyndon previously served as the province’s governor.

“There are laws that need to be followed. It’s in the Local Government Code. There is a municipal ordinance in General Luna that requires it, and the mayor is duty-bound to enforce these laws and cannot exempt anyone,” Matugas said.

He said the situation could have been avoided if the provincial government did away with the rhetoric and just applied for a mayor’s permit.

Matugas said his mother had announced that she would issue a permit, but only if the organizers asked for it.

Neither the governor nor his representatives bothered to seek the permit despite being advised, he said.

“There was none except for a letter that informed the town government about it. It wasn’t an application,” Matugas said.

He said the capitol had it coming but allowed the situation to worsen in an apparent move to turn tables on the Matugases and blame his family for the mess.

Matugas said, “It looks like we were framed up for something that could have been easily averted so that my family and Siargao would be placed in a bad light.”

He claimed that Interior Secretary Benjamin “Benhur” Abalos Jr. was aware of the problem, and advised the provincial government to simply ask for a mayor’s permit to get it over with.

Matugas said, “Neither is this about politics nor hierarchy. This is about following simple laws.”

He said UPSA was informed about the problem, but the group said that the provincial government would handle it.

Matugas said the provincial government sought permits in other towns where it organized sports and other events.

“So, why didn’t they do the same in General Luna?” he asked. – Rappler.com