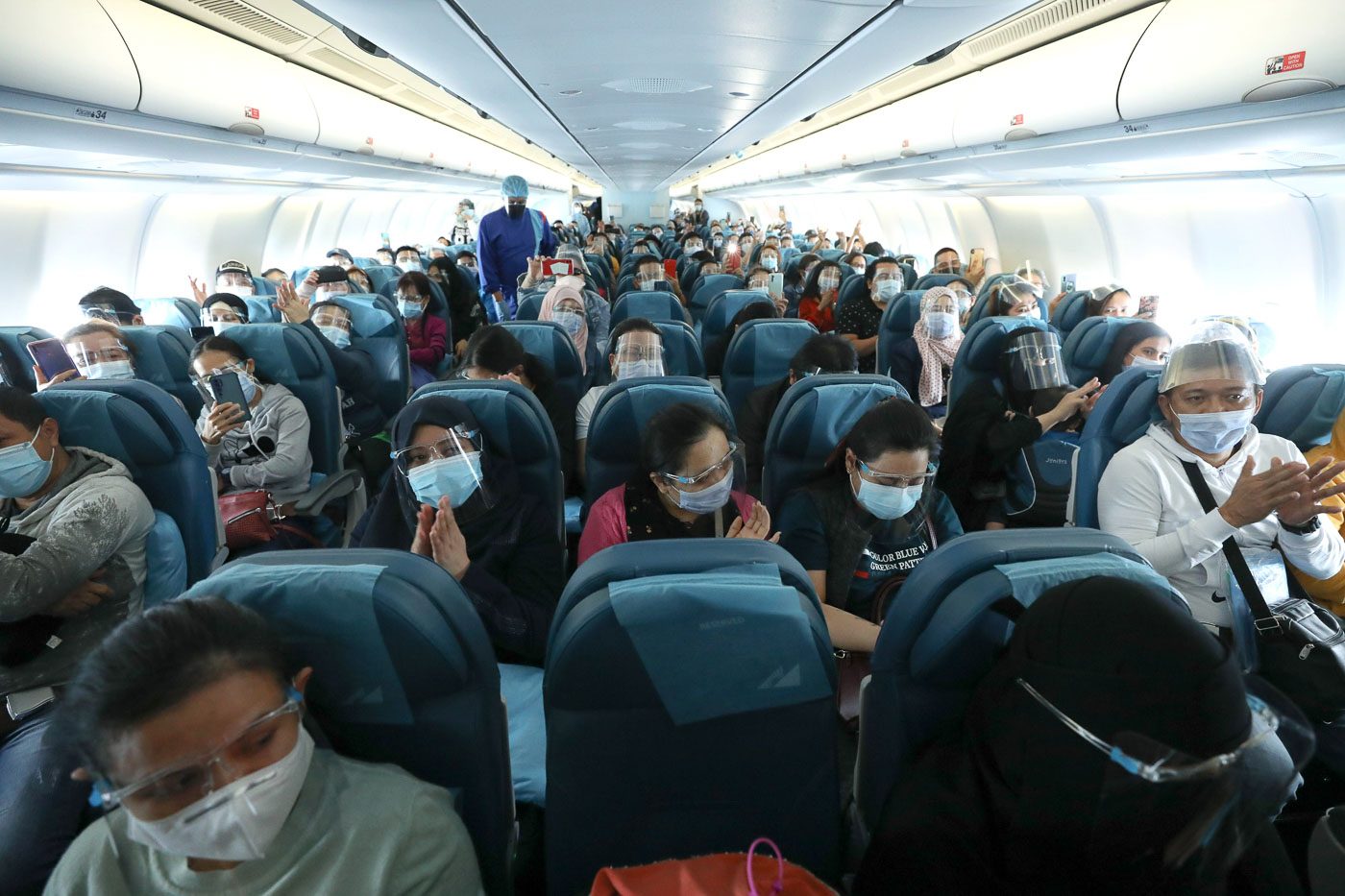 Facebook Twitter Copy URL
Copied
OFWs may avail themselves of legal assistance through a DFA department order, but Migrant Workers Undersecretary Bernard Olalia says their inclusion should be permanent through a law

MANILA, Philippines – The Department of Migrant Workers (DMW) is pushing for a law that would institutionalize the coverage of overseas Filipino workers (OFWs) in the legal assistance fund (LAF) of the Department of Foreign Affairs (DFA).

In a hearing at the House of Representatives this week, Migrant Workers Undersecretary Bernard Olalia underscored the need to expand the LAF’s coverage.

He explained that, although OFWs currently can avail themselves of the fund, this is being done by virtue of a department order from the DFA, and therefore not permanent.

House bills 1350 and 1673 seek to expand the use of the LAF, as provided by the Migrant Workers and Overseas Filipinos Act, to better protect OFWs. The LAF serves as an aid for distressed overseas Filipinos who are unable to engage the services of private counsel and in countries with no public defense system.

“While there is a DO from the DFA to address these forms of assistance, the reality is there is no permanency for a DO. If the secretary changes, they might overturn the DO, but if we change the law, we will be able to institutionalize this assistance and further enhance the protection of our OFWs,” Olalia said in Filipino during a House hearing on Wednesday, December 7.

Olalia added that the DMW’s lack of means to legally support OFWs deters the latter from seeking redress. He also acknowledged that legitimate recruitment agencies are often unjustly implicated in distress cases because of this deficiency.

“The reality is a lot of our OFWs, after experiencing contractual violations, physical abuse, sexual abuse, and other forms of harassment, would rather go home than pursue and get justice from these erring and non-compliant employers and principals. The reality is, we do not have the budget to support them,” said Olalia in a mix of English and Filipino.

“This is the reality our OFWs face – they often come home feeling helpless, and, in most cases, compliant recruitment agencies are implicated…. The only way to counteract this is to provide for a fund that can give assurance to our OFWs, while they are still in destination countries, to file the necessary, appropriate legal remedies,” he added.

Mary Jane Veloso, an OFW who was jailed and put on death row in Indonesia in 2010, is a beneficiary of the LAF.

The DFA expressed its concerns regarding the bills, with Foreign Affairs Undersecretary Eduardo de Vega commenting that their passage might overstep into the DMW’s role. He mentioned that the DFA’s budget had already been passed and that, under current rules, DMW should answer to OFW legal expenses.

“We may be usurping the functions of DMW if we will use our LAF even for migrant workers such as that in the Middle East because come January, we have to renew the legal retainer contracts of the lawyers being hired in our embassies in various places in the Gulf,” said De Vega.

To recall, the DMW was created in December 2021 to consolidate all offices and duties related to OFWs’ welfare in the foreign affairs, labor, and social welfare departments.

The Senate approved a budget of almost P17 billion for the DMW for 2023. According to a Philippine News Agency report, P1.2 billion is allocated for the DMW’s Agarang Kalinga at Saklolo para sa mga OFWs na Nangangailangan (AKSYON) Fund.

As provided in the law creating the DMW, the AKSYON Fund would provide assistance to OFWs, including but not limited to legal, medical, and financial help. – Yana Uy and Ryand Ugalde/Rappler.com

Yana Uy and Ryand Ugalde are Rappler volunteers studying at the University of the Philippines Diliman and Mariano Marcos State University, respectively. This article was done under the supervision of Rappler staff, and their copy was vetted by editors.