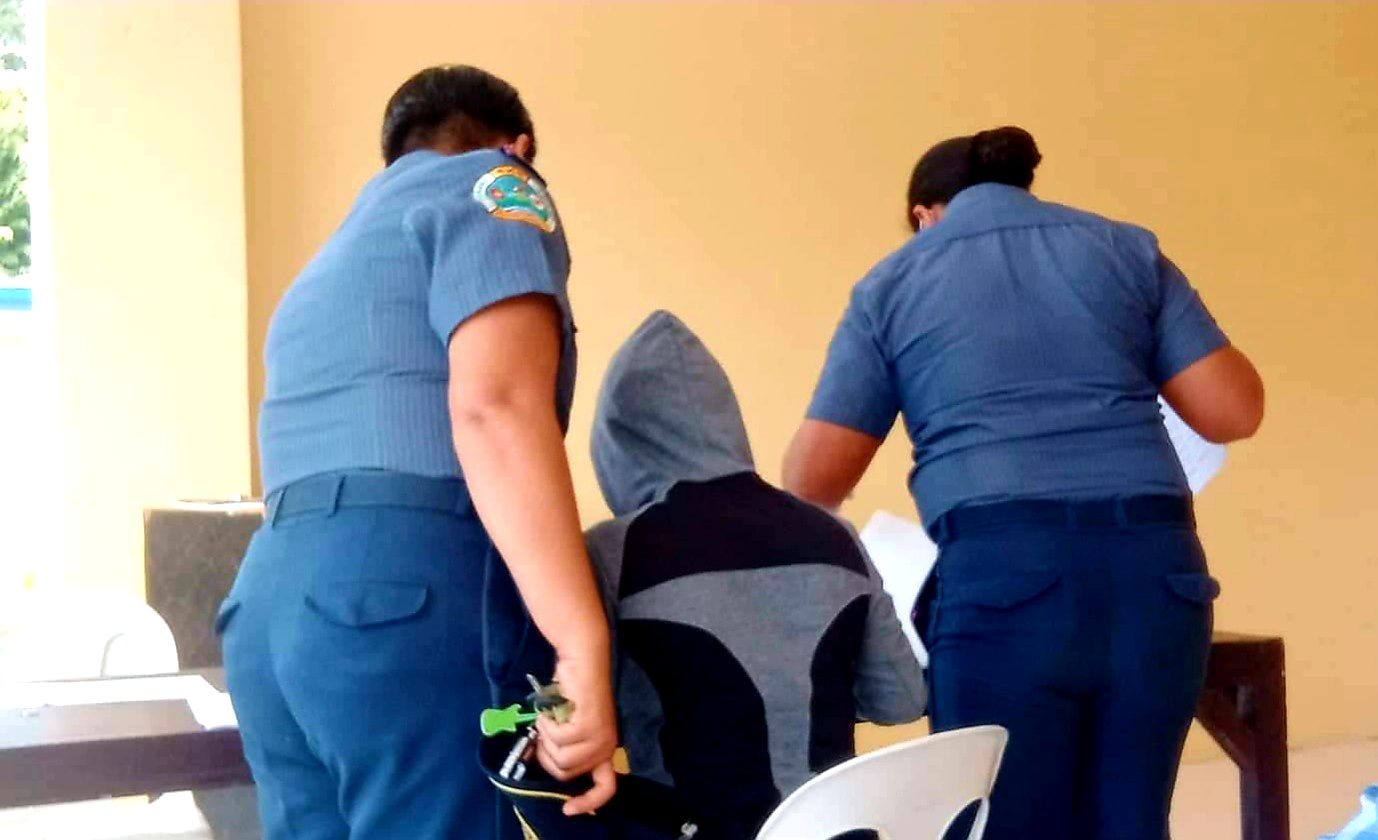 COPS'S COMPLAINT. A hooded patrolwoman is assisted by other female police officers as she files a rape complaint against her superior, Major Warren Dilem, at the provincial prosecutor's office in Davao Oriental, on Monday morning, June 13.

DAVAO ORIENTAL, Philippines – A patrolwoman on Monday morning, June 13, filed a rape complaint against the commander of a mobile force company of the Philippine National Police (PNP) in Davao Oriental.

Charged with rape before the local prosecutor’s office was Major Warren Dilem, commanding officer of the 2nd Police Mobile Force Company in the province.

Dilem, who hails from Baguio, was arrested on Friday night, June 10, hours after he allegedly sexually abused his subordinate. He has been in detention since then.

(We did our best so that proper charges could be filed against Police Major Warren Dilem. We will never tolerate wrongdoing. We did everything we can. It’s now up to the court to decide on what to do with him.)

“Nakakahiya (Shameful)!” said Brillante, who assumed office as police director in the province on Friday, the same day the alleged crime was committed.

Prosecutor Neil Pudpud received the rape complaint at 10:31 am on Monday. He briefly met with the patrolwoman and asked her questions about the alleged rape.

Pudpud said he would come out with a resolution in 24 hours.

Brillante said the alleged victim would be brought to a facility for abused women at the PNP regional office in Davao City where she would be given proper care knowing that she was traumatized.

On Friday night, police officers from Lupon town in Davao Oriental, arrested the 36-year-old major after his subordinate sought their help.

The 34-year-old patrolwoman, a Mandaya from Davao Oriental, alleged that Dilem forced himself on her inside her sleeping quarters at 3 am on Friday after a drinking binge during the Guardians Battalion Quarterly Socials hosted at a military base by members of the Army’s 48th Infantry Battalion.

In a police report, the patrolwoman alleged that Dilem was drunk when they returned to their headquarters. She claimed that she only had a bottle of beer.

Dilem, she said, continued the drinking spree there with another male subordinate until the wee hours, she said.

The alleged victim said Dilem barged into her quarters while she was asleep, and attacked her.

The patrolwoman claimed she put up a fight but was overpowered by the major.

After the alleged abuse, she said, she left her quarters, while Dilem slept on her bed, to confide in another policewoman who then accompanied her to the Lupon police station to seek help.

The incident became the talk of the town in Davao Oriental since Friday.

Orle Cabaobao, provincial director of the Department of the Interior and Local Government (DILG), said he learned about the alleged rape from Davao Oriental Governor Nelson Dayanghirang when the province’s peace and order council met on Friday. – Rappler.com