KILLED. Gerry Apostol, chairman of Barangay 143, was killed inside his store in Caloocan City on November 1, 2021.

Philippine National Police (PNP) chief General Guillermo Eleazar on Wednesday, November 3, ordered an investigation into the killing of a barangay chairman who was tending his sari-sari store in Caloocan City.

According to the PNP, Eleazar tasked the National Capital Region Police Office (NCRPO) to oversee the investigation. Based on the NCRPO’s initial report, the victim Gerry Apostol, chairman of Barangay 143, was gunned down by still unidentified assailants in their area on Monday night, November 1.

Apostol was tending his store when the assailants killed him, according to the PNP. The victim instantly died, while his wife sustained injuries from the incident.

The PNP said they have yet to establish the motive behind the killing. Eleazar also appealed to those who might have additional information on the incident to cooperate with the investigators.

“Kung sinoman ang may hawak ng impormasyon na makatutulong sa paglutas sa kaso at pagdakip sa mga suspek ay inyo sanang agad na idulog sa ating kapulisan para magawan ng nararapat na aksyon (We call on to anyone who has information that could help in solving the case and arrest of the suspects, and to coordinate with the police to do necessary actions),” the PNP chief said in a statement on Wednesday.

Apostol was the latest government official to be killed.

Youth leader gunned down in Laguna 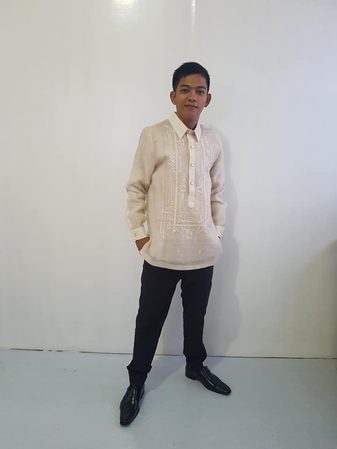 In April, Lumban town in Laguna Sangguniang Kabataan president Renzo Matienzo was shot and killed by unidentified assailants in front of his family. According to a relative of Matienzo, they were wondering if his death was linked to politics since the victim planned to run as a town councilor.

The following month, on May 10, Jamiron Ajijon alias Jamirun Amigos, chairman of Barangay Marang in Sumisip town in Basilan was shot dead while walking outside a food chain store in Isabela City. The slain official had alleged links with the Abu Sayyaf group based on a report by the Philippine News Agency. – Rappler.com