Facebook Twitter Copy URL
Copied
The Samar cops who have been implicated in the case are now under the restrictive custody of Police Regional Office 8, says PNP chief General Guillermo Eleazar

Philippine National Police chief General Guillermo Eleazar on Friday, June 11, vowed that there will be no cover-up in the slay of Calbayog mayor Ronaldo Aquino and his two aides, after the National Bureau of Investigation (NBI) filed murder and frustrated complaints against several Samar cops in connection with the case.

(They will face the cases filed against them. I assure you that the PNP will not shield the cops who are allegedly involved in the murder of Mayor Aquino.)

The NBI had concluded that the attack on Aquino in March – which also led to the death of his driver Dennis Abayon and police escort Staff Sergeant Rodeo Sario – was an ambush that was months in the making, and not a shootout as claimed by the PNP.

“This was not just a chance encounter, but a premeditated one,” Antonio Pagatpat, NBI Deputy Director for Regional Services,  told the media on Thursday.

NBI Eastern Visayas chief Jerry Abiera presented their findings before the Senate committee on public services and dangerous drugs during a hearing on Aquino’s death on Wednesday, June 9. He also announced at the time that they would file criminal and administrative complaints against the cops.

The NBI investigation is based on the affidavits of 53 witnesses, personal videos taken by witnesses, CCTV footage, as well as information from cell phones that were recovered from the crime scene. Data from one of the phones revealed Aquino had been subjected to monitoring as early as October 2020, and that he had been falsely implicated in the illegal drug trade. 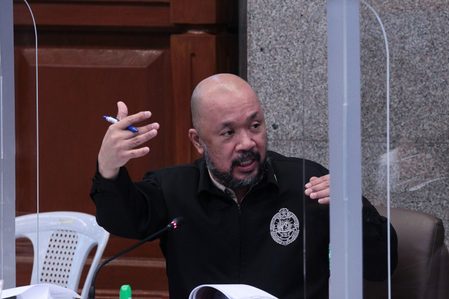 Aquino is the second mayor of Calbayog City to be killed in the past decade. Then-Calbayog mayor Reynaldo Uy was killed in 2011.

The PNP has concluded that the incident was a shootout, as Aquino’s group supposedly fired at police first, based on the testimonies of those who survived the encounter on the police side. Two policemen died during the incident: Police Captain Joselito Tabada of the Provincial Drug Enforcement Unit, and Police Staff Sergeant Romeo Laoyon.