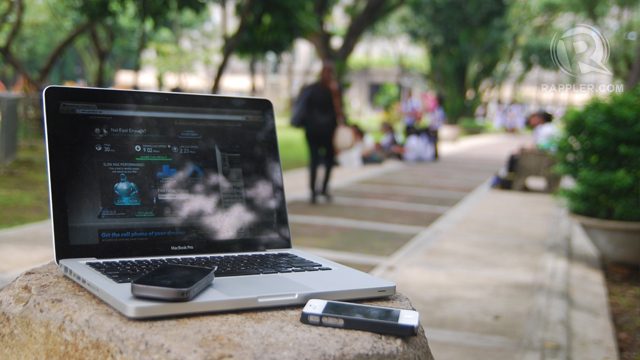 Facebook Twitter Copy URL
Copied
Under the proposed bill, customers who have experienced internet service disruption for an aggregate period of 24 hours or more in a month are entitled to an automatic refund – unless the disruption is due to a fortuitous event

MANILA, Philippines – A House panel tackled for the first time in the 19th Congress a bill seeking to compel telecommunication firms and internet service providers to offer an automatic refund to customers affected by service outages and disruptions.

Navotas Representative Toby Tiangco, chairperson of the House committee on information and communications technology, led the discussions on Wednesday, November 16, on the bill he filed, which aims to amend Republic Act No. 7925, also known as the Public Telecommunications Policy Act.

Under House Bill No. 4659, customers who have experienced internet service outage or disruption for an aggregate period of 24 hours or more within a month are entitled to an automatic refund, unless the outage is due to a fortuitous event such as acts of God or acts of man.

“This is just a mechanism to ensure that the internet providers are providing the best services to subscribers,” Tiangco said on Wednesday.

Under the bill, the National Telecommunications Commission shall impose a fine of P200,000 to P2 million on offenders for each count of violation. If the company’s gross annual income is not more than P10 million, the penalty will be equivalent to 1% to 2% of its gross annual income.

During the hearing, Tiangco said the panel will revise wording of the bill after Pasig Representative Roman Romulo sought clarification on whether the penalty provision covers telcos that did not report a service outage, but was later found out to have dealt with such a scenario.

A representative for Globe also said the telco supports the bill, but with a question on prepaid services.

“I don’t know if we include here prepaid services, which by definition cannot be refunded because if there’s no service, there’s no usage at all,” said Ariel Tubayan, Globe’s corporate and legal services head.

In the 18th Congress, similar proposals were also filed seeking to institute a refund mechanism for service outages and disruptions, but they never moved past the committee level in both houses of Congress.

Web service Ookla said that as of October, the Philippines ranked 54th out of 180 countries for fixed broadband speed, and 81st out of 141 countries for mobile speed.

There are many reasons why internet connectivity in the Philippines remains slow compared to other nations, from outdated policies to the lack of competition in the industry. – Rappler.com