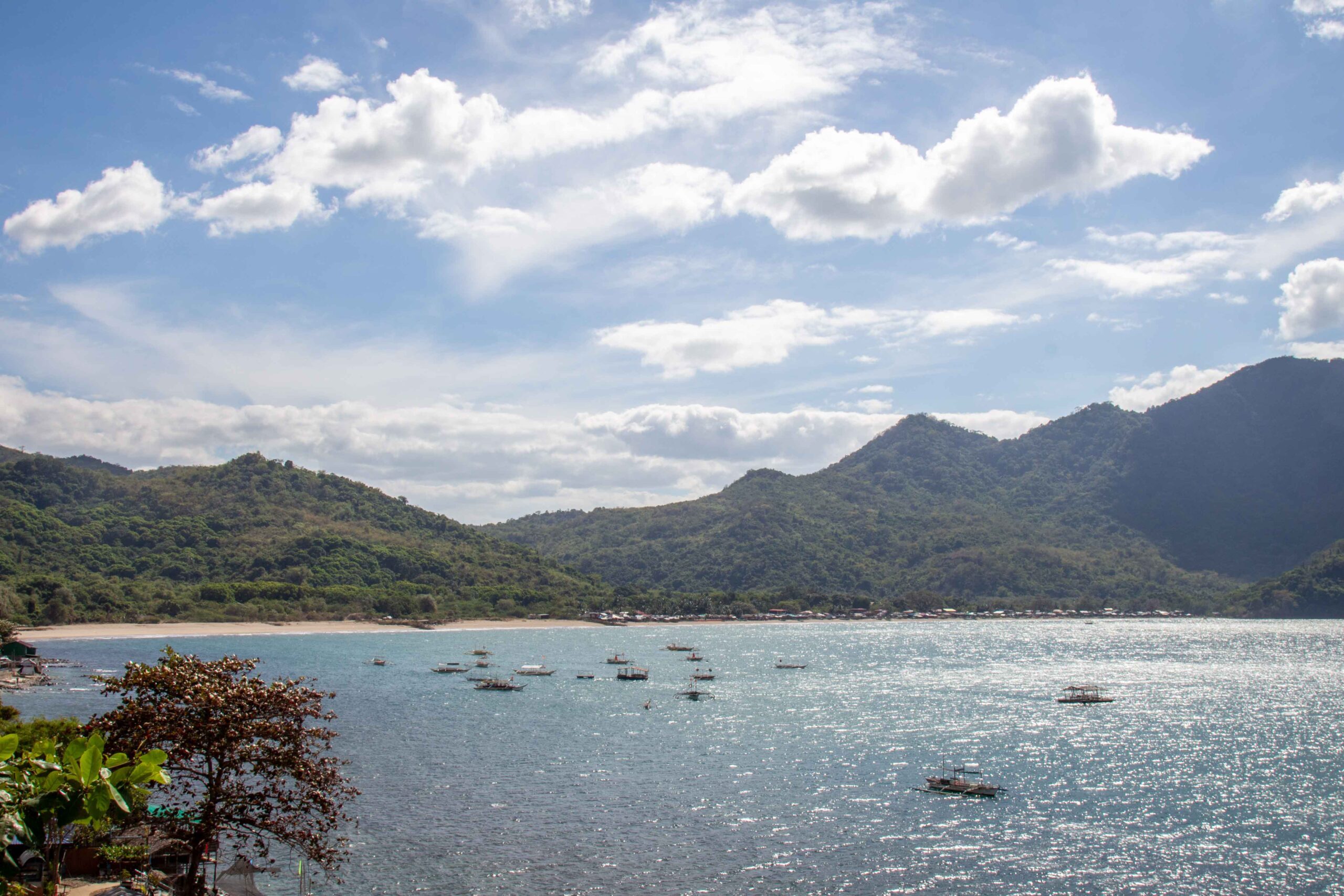 TROUBLED WATERS. Patungan Cove after the January 13 demolition attempt that led to dozens of injuries.

Facebook Twitter Copy URL
Copied
Relatives, witnesses insist the pregnant Joy Mendoza and the 3 other detained residents are not part of the demolition violence

Relatives of four of six persons arrested following the violent January 13 demolition in Patungan Cove, Maragondon town in Cavite called for their release on Tuesday, January 18.

A family member told Rappler that Joy Mendoza, who is six months pregnant, was arrested as she and two others were on a boat trying to bring wounded resident Eric Dominado to Ternate, Cavite, for treatment. The two arrested also on the fleeing vessel were the boat operator Freddie Bacsal and Neslie Plantar, who is Mendoza’s partner and the stepson of Dominado.

(They should release them from detention because they did nothing wrong, especially Mendoza, who was merely caught up in the fight. Her father is struggling with her arrest and we also feel sorry because of her condition.) The bloody incident happened Thursday, January 13, when residents set up barricades to resist the demolition of the Patungan Cove situated along Mount Palay-Palay, a mountain range known for its famous peak called “Pico de Loro”.

The Writ of Demolition order was served by Sheriff Rommel Sisayan and Wilmar de Villa of the Fourth Judicial Regional Trial Court, Branch 15 in Naic, Cavite. They were accompanied by around 500 policemen and a demolition crew of 500 men.

The Philippine National Police (PNP) said it arrested six individuals following the demolition which was aborted because of the violence.

A fifth person, Rizza Sia was arrested while trying to rescue Mendoza from an angry mob. Sia’s sister, who did not want her name revealed, said angry demolition team members attacked Mendoza’s group when police brought their boat back to the village.

The sixth person arrested, Ace Amul, was also injured during the demolition like Dominado. Amul’s brothers got him out of Patungan through another boat and took him to the General Emilio Aguinaldo Memorial Hospital in Trece Martires City. Police apprehended Amul there and placed him under hospital arrest.

Police have confirmed that Mendoza, Plantar, Bacsal, and Sia are in the custody of the Criminal Investigation and Detection Group (CIDG) in Imus, Cavite. Dominado and Amul are under hospital arrest. Law enforcers have filed direct assault and physical injury complaints against them.

Mendoza’s relative and another witness, who also talked with Rappler, insisted the four were not involved in the demolition violence.

They said maritime police intercepted Bacsal’s boat at sea as the group was bringing the wounded Dominado to a hospital.

Also in the impounded boat but who was not arrested later was Dominado’s wife.

Mendoza’s relative said when the police brought the impounded boat to the village coast, members of the demolition team assaulted the family onboard.

A witness, who asked Rappler to withhold her name, said a demolition team member struck Plantar in the head, while another hit the pregrnant Mendoza on the stomach.

The eyewitness said the attack stopped only when a group of women came to the rescue of the detainees. Among them was Sia and another resident of Patungan, who also did not want to have her name included in this report.

This female resident said that while some police came to break up the fight, others accosted her and Sia as they headed to help the besieged family.

She claimed a police tried to handcuff her but she and other companions managed to run away. Once they reached safety, they discovered Sia was missing.

Sia called her family and said the police were taking her for questioning, said her sister.

Save Patungan Now Movement, a  group led by resident Susie Agner, said the arrests were illegal.

(When has it ever been right that those who were assaulted and shot at are the ones being charged?)

Arrested ‘within the bounds of law‘

The PNP’ January 14 statement  said  the arrests of the six individuals were done “within the bounds of law and in accordance with basic human rights.”

PNP Chief Police General Dionardo Carlos also said they will file complaints against those who inflicted harm on wounded persons.

The PNP said 21 cops and 14 members of the demolition team were injured during the incident. The Save Patungan Now Movement told Rappler that at least 18 residents were injured, five from gunshot wounds.

Patungan Cove is home to 2,000 residents dependent on fishing,  tourism, and agriculture. The 602-hectare land was claimed by Maria Theresa Virata (MTV) Realty  Corporation and was allegedly sold to Manila Southcoast Development Corporation (MSDC), a development firm owned by the late Henry Sy.

However, SM Investments Corporation on Friday, January 14, stressed it never owned nor got involved in discussions to acquire property in Patungan Cove. – Rappler.com