Remulla: Cadavers of prisoners will be transferred to UP for autopsy BILIBID. A photo inside the New Bilibid Prison in Muntinlupa City taken on October 28, 2016.

Facebook Twitter Copy URL
Copied
(1st UPDATE) The funeral home where the cadavers are discovered is the same place where Jun Villamor, the 'middleman' in the killing of broadcaster Percy Lapid, was brought

MANILA, Philippines – At least 120 cadavers of persons deprived of liberty (PDLs) from the New Bilibid Prison will be transferred to the University of the Philippines College of Medicine* to undergo autopsy, according to Department of Justice (DOJ) Secretary Jesus Crispin “Boying” Remulla.

(*Editor’s Note: This story has been edited to reflect Remulla’s most recent statements and corrections. An earlier version was written based on Remulla’s interview on Wednesday morning, November 9. The new edits were made based on the DOJ chief’s latest interview Wednesday evening.)

“Magmo-MOA (memorandum of agreement) kami ng PGH maybe by tomorrow morning (The DOJ and the PGH will sign a MOA maybe tomorrow morning). Ang (Our) MOA namin will be about turning over 120 of these cadavers to the PGH for autopsy for pathological examinations,” Remulla said in an interview with reporters on Wednesday, November 9.

“Aalamin natin kung ano’ng (We will determine the) cause of death based on the carpeta and based on the death certificate and the actual autopsy to be conducted by Dr. [Raquel] Fortun,” the DOJ chief added. 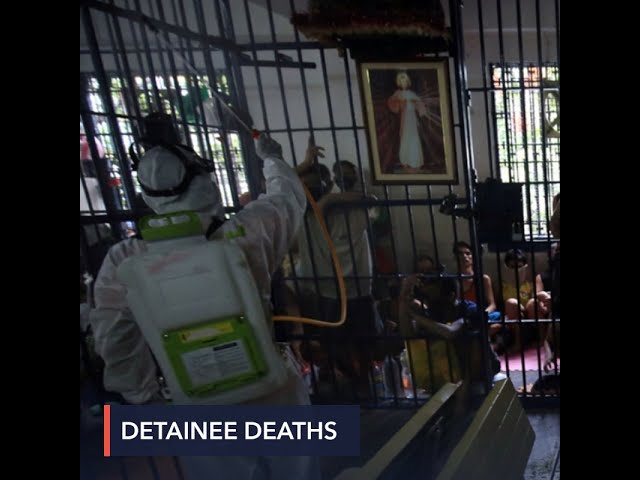 However, in a later interview on the same day, Remulla corrected himself and said the bodies will be turned over to the UP College of Medicine, and not to the Philippine General Hospital (PGH). He added they have yet to determine the exact number of cadavers that will be transferred to UP, adding that the MOA signing will not push through on Thursday.

“We’re in negotiations already with the UP College of Medicine, not PGH for the bodies. We will try to locate the families first. Ask for their permission if possible. Kasi ipapa-autopsy muna natin (Because we will still have them autopsied),” Remulla clarified on Wednesday night. “If possible, just to be used for the pursuit of Science for the UP College of  Medicine.”

According to the DOJ chief, they discovered over 30 bodies in the funeral home and promised to look into the circumstances of their death. Aside from these, Remulla also said on Monday that 18 drug lords died within the last 75 days and were cremated immediately due to suspected COVID-19.

Eastern Funeral Homes is the same place where Jun Villamor, the alleged middleman in the killing of broadcaster Percy Lapid, was brought.

A total of 176 cadavers were discovered by authorities, according to Remulla. The autopsy on the PDLs’ cadavers will primarily be a pathological exam, the DOJ chief added.

The DOJ secretary added that some of the 176 bodies will be buried because their cadavers have started to decompose.

Remulla, whose agency oversees the National Bureau of Investigation (NBI), said the bureau will have the first crack at handling the case, but will also refer it to the Philippine National Police (PNP).

“We want to have a hand in it. But ano ‘yan (also), we will also refer to the police kasi (because) remember, all of these people went to jail, died in jail.” Fortun’s autopsy on the new set of cadavers is a major development in figuring out what’s behind the deaths inside the New Bilibid Prison. The forensic expert also did the second autopsy on Villamor, where it was revealed that the PDL died after he was suffocated with a plastic bag.

The deaths of PDLs inside Bilibid, especially high-profile ones, is not new. High-profile PDLs like ex-cop Jonel Nuezca, drug convict Jaybee Sebastian, and rape-slay convict Antonio Sanchez died in the last two years.

In July this year, the NBI revealed that an inside job murder caused the deaths of at least eight high-profile drug convicts inside Bilibid from May to June 2020 – contrary to the BuCor’s records that say they died of COVID-19. The PDLs were linked to detained former senator Leila de Lima.

Rappler, in 2020, was also able to retrieve a document that showed high-profile inmates in Bilibid dying within days of each other. – Rappler.com