Facebook Twitter Copy URL
Copied
'We will remember her as someone who lived and loved, stayed grounded, and found her purpose in this earthy world,' says Senate President Tito Sotto 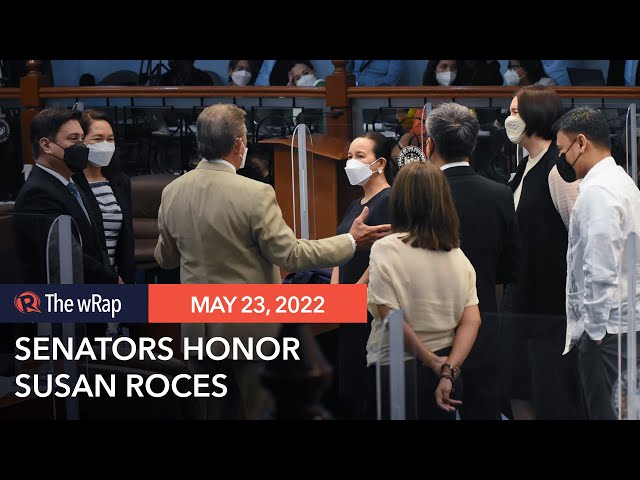 MANILA, Philippines – Senators of the 18th Congress fondly remembered the life and legacy of Philippine film icon Susan Roces, known as the “Queen of Philippine Movies” and adoptive mother of Senator Grace Poe.

On Monday, May 23, the chamber unanimously adopted Senate Resolution 1002, which expresses the Senate’s profound sympathy and sincere condolences on the passing of Roces, whose real name is Jesusa Purificacion Levy Sonora-Poe. Roces, 80, died on Friday, May 20, due to cardiopulmonary arrest.

Zubiri later moved to have all members of the Senate become co-authors of SR 1002, which the lawmakers adopted. 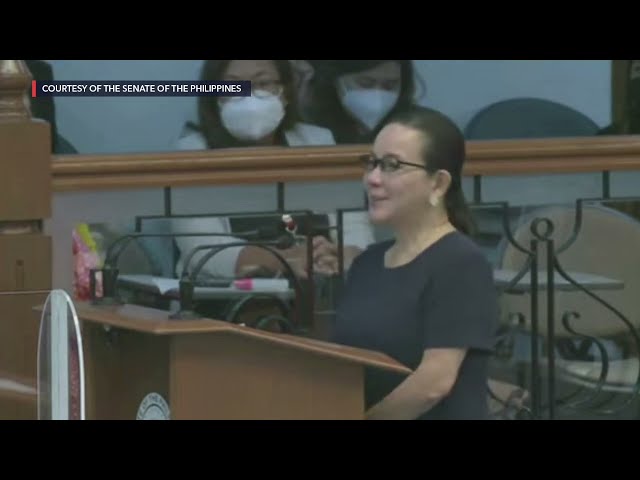 In his speech, Sotto recalled how Roces touched the lives of many, not just through her blockbuster movies and television shows, but her charitable works that she often did away from the public eye.

“Today, we honor the life of a movie icon, a true Filipina, and a national treasure…. Susan, your life is an inspiration to not only those who have been and are still part of the movie industry, but also to all Filipinos whose lives you have touched – whether through your deeds or movies you have starred in. You will always be in our hearts and minds,” said Sotto.

A popular actor, comedian, and musician before entering politics, Sotto said he and his wife Helen were good friends of Roces and her late husband Fernando Poe Jr., known as “Da King” of the Philippine entertainment industry.

Sotto said Roces and Poe made a “perfect pair” and even said Roces would have been “another beautiful first lady” had Poe won his bid for the presidency in the controversial 2004 elections won by Gloria Macapagal-Arroyo.

“We will remember her as someone who lived and loved, stayed grounded, and found her purpose in this earthy world,” said Sotto.

Like the Senate President, Villanueva considered Roces as a national treasure who had inspired him.

“In the life of Tita Susan, you can see that she’s not only a national treasure of this country but she’s very simple, very kind, very humble, and very amiable. She transcended, Mr. President, from being the ‘Queen of Philippine Movies’ to being an effective, positive influencer in the lives of so many young people of this nation, including this representation,” said Villanueva.

Senate President Pro-Temporo Ralph Recto also hailed Roces for never throwing her weight around despite her celebrity status. Recto praised Roces for the kindness she showed to all people who worked with and for her.

“For many young women, in tinseltown or out, she was the proverbial star in the sky one cannot touch, but by following it would lead you to your destination. But, no, she was a reachable star, always displaying the true mark of class: by treating kindly and with dignity the people who work for her and with her,” said Recto.

He then praised Roces for choosing to become a mother by adopting his colleague Poe, who had to fight for her right as a natural-born Filipino when she ran for president in the 2016 elections.

“Senator Grace once poignantly said, ‘I firmly believe that adopting one child may not change the world, but it will certainly change the world for that child.’ No, Grace, let me amend your statement. Your mom’s courageous and compassionate act 54 summers ago did change our world, because that child continues to make our world better,” said Recto.

Revilla, another popular actor who later joined politics, said he considered it an honor that Roces and Poe were the godparents in his marriage with his wife Lani, who won as congresswoman of Cavite’s 2nd District.

“She will always be part of our family. As part of the entertainment industry, we will forever be grateful to her immense contribution to the enrichment and growth of Philippine cinema as a multi-awarded actress, film producer, and active supporter of many charitable causes,” said Revilla.

Zubiri, meanwhile, said he had spoken to Bacolod City mayor-elect Albee Benitez about the possibility of naming a wing of the planned Bacolod City Hospital after Roces. Zubiri said Roces was “well-loved” and “an inspiration to many.”

Poe thanks colleagues for remembering her mom

Poe was physically present at the Senate as her colleagues paid tribute to her mother. Roces’ wake was still ongoing on Monday, but the senator chose to continue with her legislative duties as a way to honor her mother as well.

“I’m here today despite the fact that her wake is ongoing because it’s comforting to be surrounded by friends and also to finish my work. My mom would always encourage me, no matter what, to finish what I started,” said Poe.

She went on to thank Sotto, Recto, Zubiri, Villanueva, and Revilla one by one for their speeches honoring her mother.

She also thanked senators Risa Hontiveros and Pia Cayetano, who were among the champions of the recently passed law that recognized foundlings like Poe as natural-born Filipinos. The passage of this law was the subject of the last phone conversation between Poe and Roces. “Many are correct to say that beeing an artist is not just her legacy; it’s really her character and her integrity,” said Poe, describing her mother.

“She may have had many challenges in life and she was part of the exciting and sometimes chaotic showbiz world, but always she stood firm – who she was, how she dealt with people…. Mahihirap man, sikat o hindi, pare-pareho po ‘yung pagtrato ‘nya sa kanila (Poor or rich, popular or not, she treated everyone equally),” she added.

Roces’ wake is being held at the Heritage Memorial Park in Taguig City. Public viewing will run until Tuesday, May 24, from 10 am to 10 pm. Roces will be laid to rest at the Manila North Cemetery on Thursday, May 26. – Rappler.com