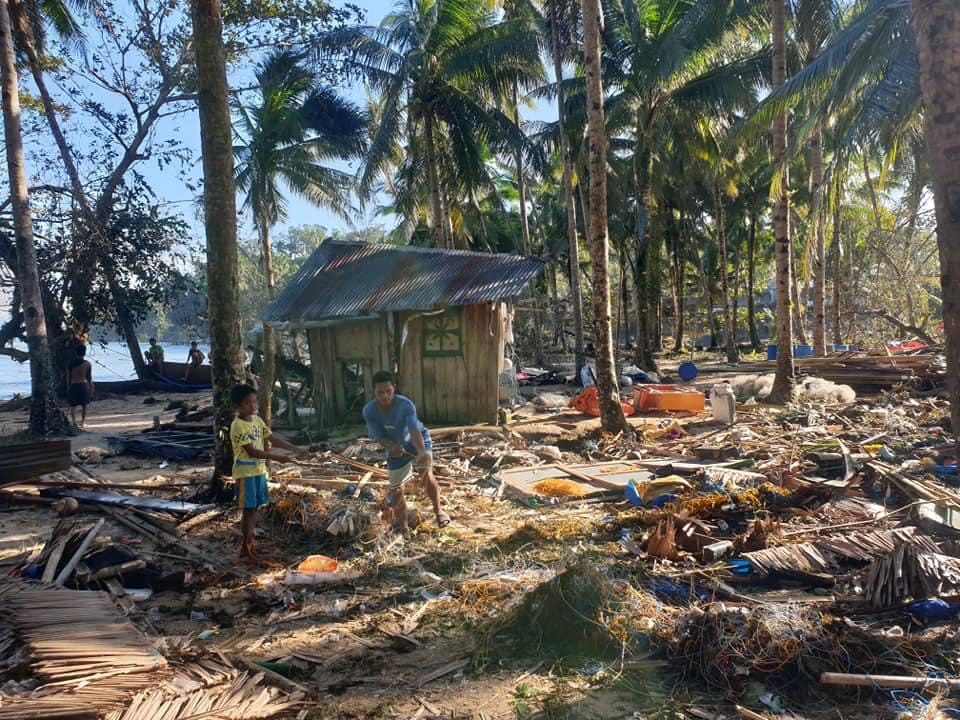 Vice Mayor Lemuel Honor of Silago, Southern Leyte, traveled more than a hundred kilometers to Tacloban City on Saturday, December 18, to air his appeal for aid over radio station DYVL, post the same message on Facebook, access communication signals to coordinate with regional agencies, and recharge his mobile devices.

Two days after Typhoon Odette (Rai) slammed into Eastern Visayas, Honor finally got his message out.

“Please help our town Silago, and the province of Southern Leyte as a whole. I personally experienced Typhoon Yolanda (Haiyan). The damage was immeasurable and beyond compare. However, with #OdettePH, it’s almost the same minus the death of any person due to preemptive and forced evacuation,” Honor said.

He also posted a gallery of photos of the destruction to homes in Barangay Hingatungan and Barangay Salvacion.

“No internet and cellular signal ang Silago and the rest of Pacific Towns,” the vice mayor wrote in his caption.

The vice mayor addressed his appeal to all national agencies and local government units not affected by the typhoon, as well as foundations, corporations, nongovernmental organizations, and individuals.

Honor said the town’s food supplies will only last until today or tomorrow.

“Even yesterday, I witnessed the scarcity of food,” he added.

“Our town has the longest national highway (80 km approximately) in Southern Leyte and our LGU cannot do it alone,” the vice mayor said.

He said the major route used by buses coming from Luzon to Mindanao and other Visayan islands was passable only for light vehicles on one lane. An alternate route was damaged in the first quarter of 2021, the mayor added.

The town, Honor said, will establish a donation center in Tacloban as Southern Leyte has no telecommunications or internet services.

“Electricity connection will take two to three months to be back according to electricity provider (SOLECO), particularly in our town as we are the farthest and the damage is huge,” he pointed out.

Quick response to his appeal can be brought to the town’s temporary drop-off center, the East Visayan Tour & Events located along the National Highway in Marasbaras (in front of Robinsons Place). Honor said he had to go back to attend to constituents but staff would stay behind to record and transport donations. – Rappler.com