Rolly death toll in Bicol revised to 19; most of region still without electricity The damage left behind by Super Typhoon #RollyPH at Brgy. Sogod in Tiwi, Albay on Monday, November 2. Brgy. Sogod is one of the most affected areas struck by the typhoon.

In its latest situation report released at 9 pm Tuesday, the agency revised Bicol’s death toll from 20 down to 19. The fatalities were from the following areas:

OCD-5 earlier reported a 4th fatality in Virac, Catanduanes, and one in Polangui, Albay. These have been deleted from its new death count.

The fatality in Camaligan, Camarines Sur, was newly reported by OCD-5 on Tuesday evening.

Meanwhile, the National Disaster Risk Reduction and Management Council (NDRRMC) reported earlier on Tuesday that 17 people died and 2 others injured in the Bicol and Calabarzon regions during Rolly’s onslaught.

According to the NDRRMC’s count, 16 people died in Bicol, and one in Calabarzon – a man in Talim Island in Binangonan, Rizal, who drowned during the storm.

The NDRRMC reported two persons injured outside of Bicol: one in Pitogo, Quezon, and another in Boac, Marinduque.

The council also reported two missing persons, both from Bicol. It is unclear whether they were among the fatalities reported by OCD-5.

A spokesperson for the NDRRMC said their numbers were lower than the regional tally from Bicol because they were still “validating” reports of casualties.

The NDRRMC said Rolly affected more than 1.6 million people in the Cagayan Valley, Central Luzon, Calabarzon, Mimaropa, and Bicol regions, as well as in Metro Manila.

Across storm-hit areas, 178 COVID-19 patients and 417 medical and support staff were evacuated from 11 quarantine and testing facilities, the NDRRMC said.

Except for Masbate, the provinces in Bicol remained without electricity: Albay, Camarines Norte, Camarines Sur, Catanduanes, and Sorsogon.

In Masbate, half of the island province’s 20 municipalities had power as of 8 pm on Monday, November 2, according to OCD-5.

Running water was restored to Albay, Camarines Norte, Sorsogon, Naga City, some areas of Camarines Sur, and most parts of Masbate except for San Pascual municipality. Catanduanes was still without running water as of 8 pm Tuesday.

Telecommunication lines were still down in many parts of Bicol.

In Albay, signals from telcos Globe and Smart remained “intermittent,” according to OCD-5.

All telco lines were still down in Catanduanes, an island province east of mainland Bicol.

In Masbate, Globe’s network was down but Smart’s signal was up except on Burias Island.

Telco lines have been restored in Camarines Norte, Sorsogon, and Naga City.

Catanduanes, one of the areas worst-hit by Rolly, still had no electricity, running water, or telecommunications, according to this latest situation report from OCD-5. 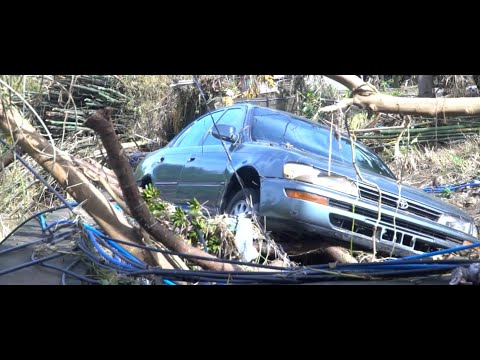 Agricultural damage in the region is estimated at P1.18 billion, equivalent to 53,383 metric tons of lost crops. Including areas outside Bicol, the agricultural losses from Super Typhoon Rolly is pegged at P1.74 billion.

The estimated damage to Bicol’s public infrastructure is worth P4.6 billion:

Some portions of the national highway in Albay and Camarines Sur are either not passable or passable only to light vehicles because of fallen electricity poles, trees, debris, and floods, OCD-5 said.

Some areas outside Bicol also lost power and telco connections because of the storm.

In Batangas, electricity had been restored to half of its 31 municipalities by 2 am on Monday, according to the NDRRMC. The rest still had no power as of 8 am on Tuesday.

Parts of Quezon and Rizal also had yet to have their electricity restored as of Tuesday morning, according to the council’s latest report.

Many parts of Marinduque, an island province off Southern Luzon, still had no telecommunication signals as of Tuesday morning, the NDRRMC said. – Rappler.com

LIST: Who is running in Camarines Sur in the 2022 Philippine elections?