IN LIMBO. Five Duterte appointees may have to start packing soon if they do not secure their confirmation papers from the Commission on Appointments before June 3, 2022. 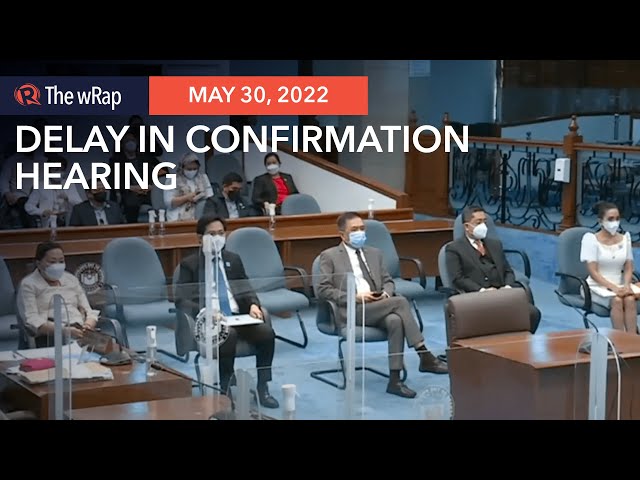 The CA convened on Monday, May 30, for the confirmation bid of Commission on Elections (Comelec) Chair Saidamen Pangarungan, Comelec commissioners George Garcia and Aimee Neri, Commission on Audit (COA) Chair Rizalina Justol, and Civil Service Commission (CSC) Chair Karlo Nograles, but suspended the committee meeting after only around 20 minutes.

The hearing was moved to Wednesday, June 1, after Senate Majority Leader Juan Miguel Zubiri floated the possibility of not confirming the said officials to allow Marcos to make his own picks to the constitutional offices involved.

The five are at risk of being bypassed if their ad interim appointments are not confirmed before June 3, when the 18th Congress adjourns its session.

“Some of them, the chairperson of COA will be there for seven years. And therefore, a position of seven years, meaning this new president, with a mandate of 31 million votes, will not be able to appoint the head of the COA, even after the last day of his term,” Zubiri said, referring to the majority vote-share garnered by Marcos Jr. in the 2022 elections.

In a press conference after the hearing, Zubiri initially disclosed that incoming Marcos Jr. cabinet officials made the request for the CA to bypass Duterte’s ad interim appointees.

“I know for a fact that many members of the future Cabinet [of Marcos Jr.] asked me personally if it’s possible to let the new president have the opportunity [to appoint whom he likes], which I think is a very reasonable request,” he said in a mix of English and Filipino.

“They didn’t ask me. It was a discussion. We have to clear this, because that might be how you report it.” 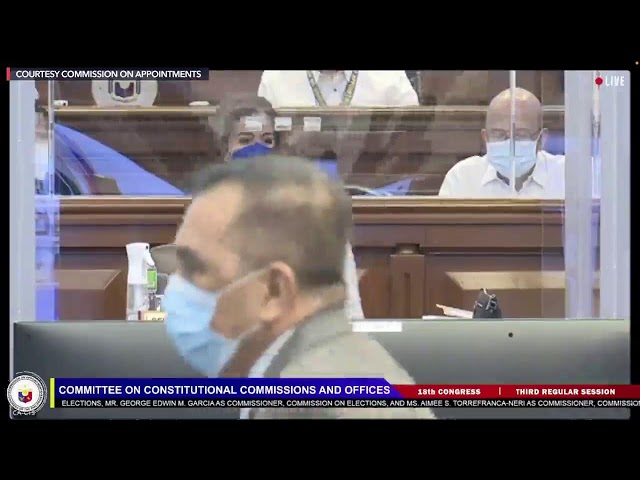 During Wednesday’s hearing, Senator Koko Pimentel, however, expressed worries that bypassing some of the ad interim officials will be a wasted opportunity.

“If the deserving appointment was made by the outgoing president, and then months earlier, by accident, we were on a break because of the campaign period, maybe we can proceed on a case-to-case basis,” Pimentel said.

Zubiri, who is eyeing the Senate presidency under the Marcos administration, still pushed for the suspension, citing Section 20 of the CA rules which allows such a move. Senator Cynthia Villar, who chairs the committee on constitutional offices, approved a motion that was based on Zubiri’s recommendation.

“My suggestion is, since we have a last day which is Wednesday, we can take it up on Wednesday. Under our rules, we’ll have to vote on it in caucus,” Zubiri said.

In making the move, Zubiri was channeling former Senate Minority Leader Juan Ponce Enrile, who in February 2016 tried to block the confirmation of five diplomats and two CSC appointees.

“Why not leave that to the incoming president? He is outgoing. Why is he appointing his representatives that will last in their positions for three years, depriving the next president of the right of choosing his own representatives?” Enrile, as quoted by Zubiri, had said back then.

A first confirmation hearing was originally scheduled on May 25, but the CA reset it to May 30 as other CA members were unable to take part in the proceedings due to their canvassing duties.

Duterte named Justol the new COA chief back in February. In March, he also appointed Nograles to the CSC, and Pangarungan, Garcia, and Neri to the Comelec.

At least two groups have opposed the confirmation of the ad interim appointment of Pangarungan, citing his alleged “blatant and scandalous disregard” of due process in a Zamboanga del Norte electoral race. The Comelec chief, however, asserted the move was a decision he and his colleagues in the seven-member Comelec en banc agreed upon.

Following the second suspended confirmation hearing on Monday, Garcia said he is “willing to accept” his fate in connection with his confirmation bid.

“Chairman, Commissioner Neri and I are ready on what will happen to us. What is important is, in the short time we were in the commission, we were able to conduct a very honest and peaceful election,” he told reporters in Filipino. – Rappler.com