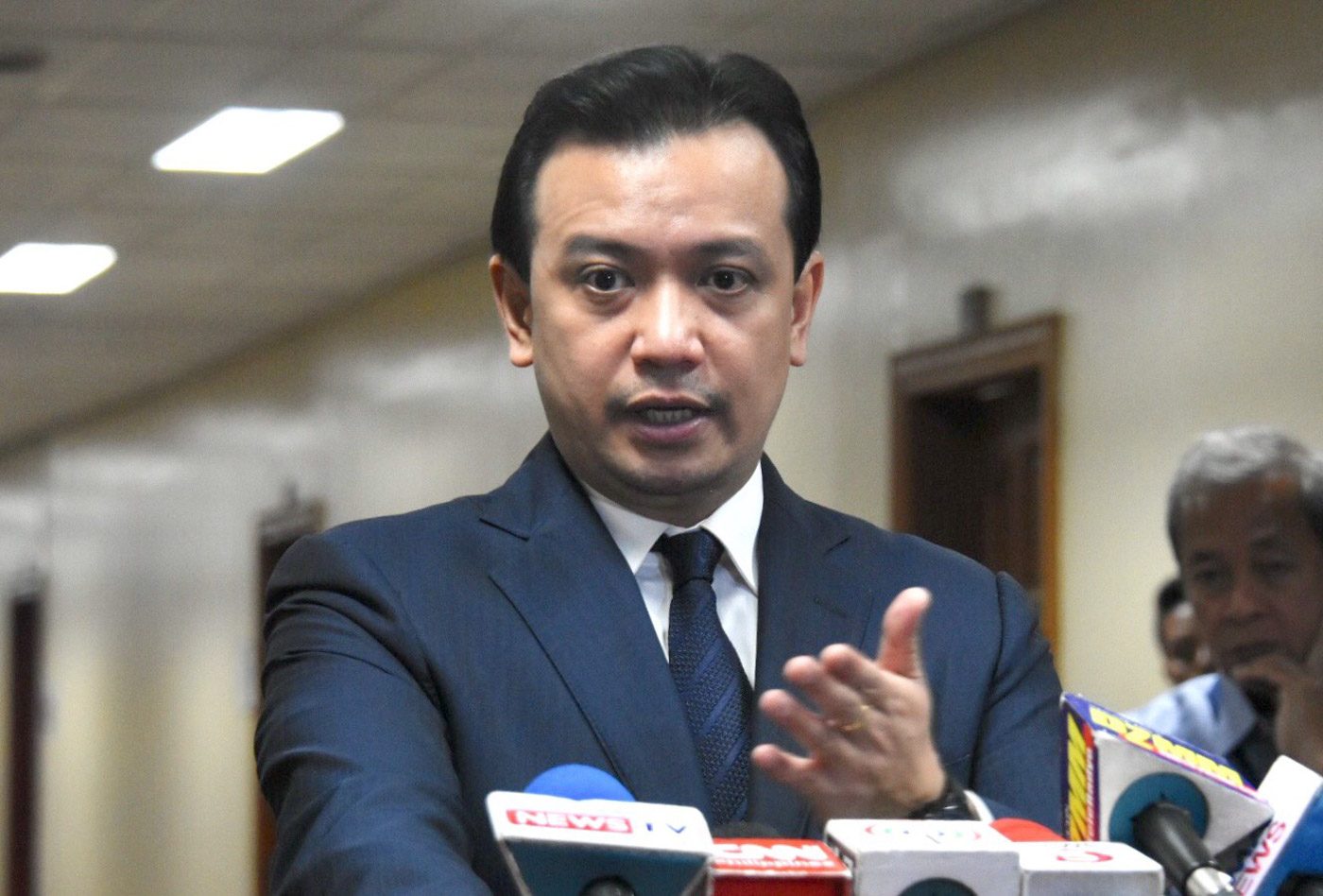 EMBATTLED. A file photo of former senator Antonio Trillanes IV holding a press conference in the Senate on September 26, 2018.

There was no jailtime imposed.

“Neither can accused use as cloak the right to freedom of expression or speech. Every person must, in the exercise of his rights and in the performance of his duties, act with justice, give everyone his due, and observe honesty and good faith,” Judge Soriano said in his ruling on Monday, May 31, quoting a 2008 Supreme Court decision that found broadcaster Erwin Tulfo guilty of libel.

Amid calls to decriminalize libel, Philippine courts have been choosing the option of imposing fines over jail time. Article 355 of the RPC says libel “shall be punished by prision correccional in its minimum and medium periods or a fine ranging from 200 to 6,000 pesos, or both.”

Soriano said that because it is Trillanes’ first libel conviction, the fine is a just punishment.

“While freedom of speech is not absolute, it should not also be restrained too harshly,” the judge said.

Binay welcomed Trillanes’ libel conviction, saying that the ruling serves as a reminder to his critic that “being a senator is not a license to destroy reputations.”

“He has clearly  abused his power as a senator and the decision establishes that beyond doubt,” Binay said in a statement.

In the 2019 Tulfo libel case, the Supreme Court upheld the conviction but did not impose jail time.

Soriano is the same judge who spared Trillanes from indefinite jail time when the judge refused to reopen trial for the latter’s coup d’etat case. The Duterte government sought to reopen both the coup d’etat and rebellion trials of Trillanes, alleging invalid amnesty because of a “missing” application form.

Soriano did not reopen trial, saying it violates the rule on double jeopardy. Soriano’s neighboring court in Makati reopened the rebellion trial, but the Court of Appeals recently voided the lower court ruling.

The case stemmed from the heated political saga in 2015 when the younger Binay was dismissed from office by the Ombudsman, but got an injunction from the Court of Appeals.

Trillanes, a key mover of the Senate investigations into the Binay family during that time, told media that two justices of the CA were paid P50 million.

The former senator subsequently filed a resolution with the Senate seeking a congressional inquiry.

“The court notes that accused only filed the resolution on the justice for sale issue with the Senate Blue Ribbon Committee on April 13, 2015, or days after the subject interview,” said Soriano.

The judge said the Senate’s other resolutions recommending filing of complaints against the Binays for alleged corruption in Makati – many of which are pending before the Sandiganbayan – “cannot be considered vindication.”

“That is the price to pay for standing up against very powerful people. We intend to exhaust all legal remedies to overturn this ruling,” Trillanes said on Monday, May 31.

“Regardless, we will not let this legal setback discourage us in pursuing our advocacy to purge our government of corrupt and abusive public officials,” said Trillanes. – Rappler.com