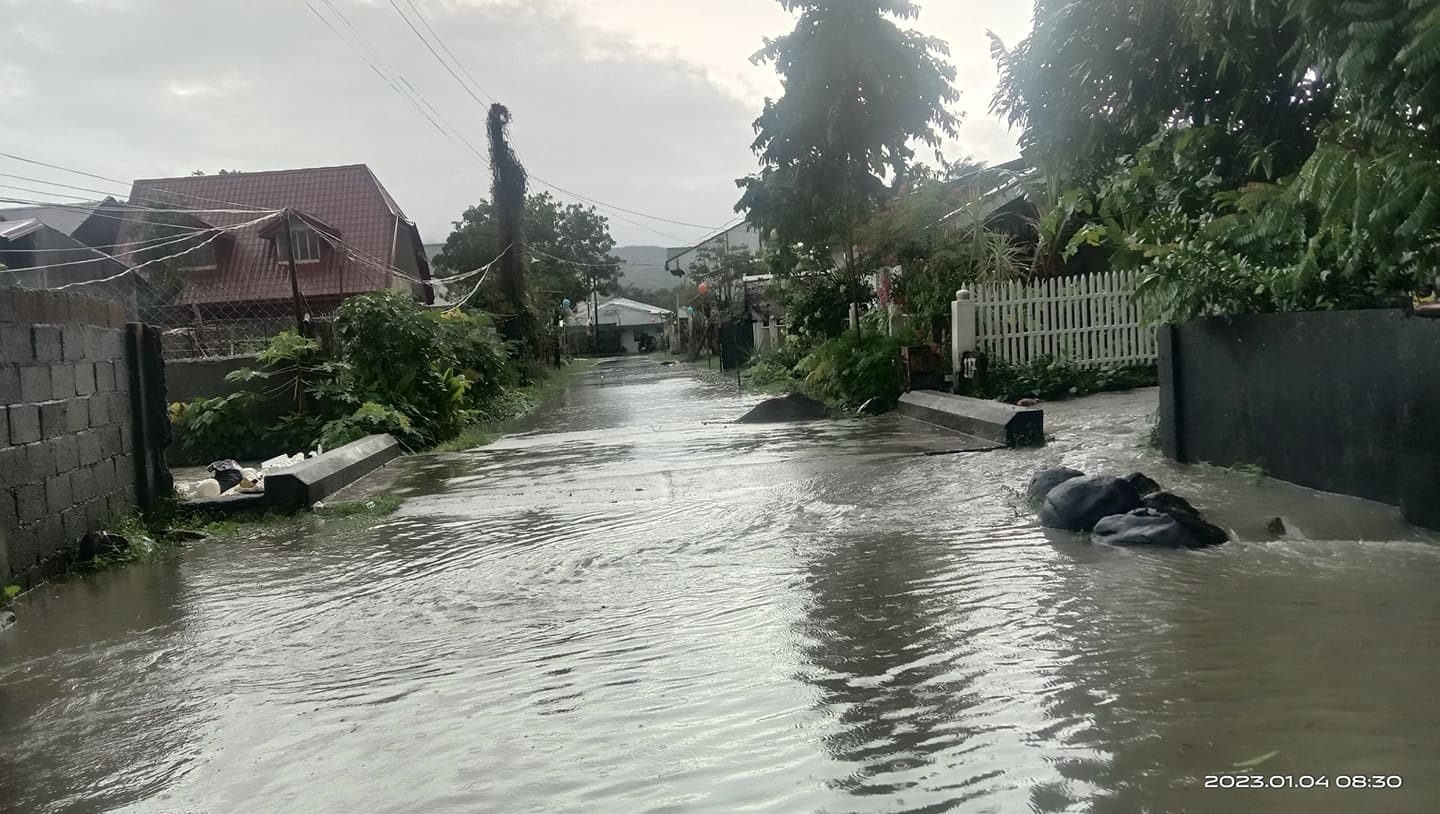 MIDMORNING flood in Pandan, Antique, on January 4, 2023, leads to cancellation of classes and a warning for residents to get ready for preemptive evacuation as the local government braces for high tide while rain continues to swell rivers and streams.

AKLAN, Philippines – Some local government units in the provinces of Aklan and Antique in Western Visayas suspended classes in all levels on Wednesday, January 4, because of floods and continuing rainfall warnings.

While the Philippine Atmospheric, Geophysical, and Astronomical Services Administration (PAGASA) said in its 11 am advisory that neither of the two low pressure areas (LPAs) inside the Philippine Area of Responsibility were likely to develop into tropical depressions within 24 hours, the Visayas and Mindanao were seeing rain.

Antique reported “continuous rains and flooding in the northern portion…particularly in Pandan, Libertad, and Caluya.”

The Pandan Municipal Disaster Risk Reduction and Management Office (MDRRMO) reported flooding in the town center, especially around the public market in the afternoon.

In Aklan province, the towns of Kalibo, Malay, Madalag, and Libacao cancelled classes, while the entire province was under orange rainfall warning at 2 pm.

The MDRRMO of Malay town, which administers the world famous Boracay resort island, twice sounded the alarm on Wednesday morning, urging residents of low-lying areas to be vigilant and prepare for preemptive evacuation.

The highway along Boracay’s popular DMall was flooded, making it hard for residents and tourists to cross the street.

In Kalibo, the MDRRMO said the water level at Mobo bridge went down slightly, from 4.3 meters to 4.2 meters mid-afternoon of Wednesday.

“Yellow Alert will remain in place until the water level goes down to 2 meters on the Mobo Bridge Water Level Gauge,” said the MDRRMO, noting that the high tide at 9 pm was expected to be 2.1-meter even without the added flow from waterways bloated with rain.

Train added that while the existing LPAs had a low chance of developing into a tropical storms or cyclones, these would bring cloud formations causing rain.

“If the weather worsens, we will be activating our emergency operation center to heighten our mobility and be ready to launch operations,” he said in a mix of the local Karay-a language and English.

He urged residents of low-lying communities to be in constant communications with their disaster bodies.

“These threats come again and again so we should always update information on the weather and its effects and follow advisories,” he stressed. – Rappler.com